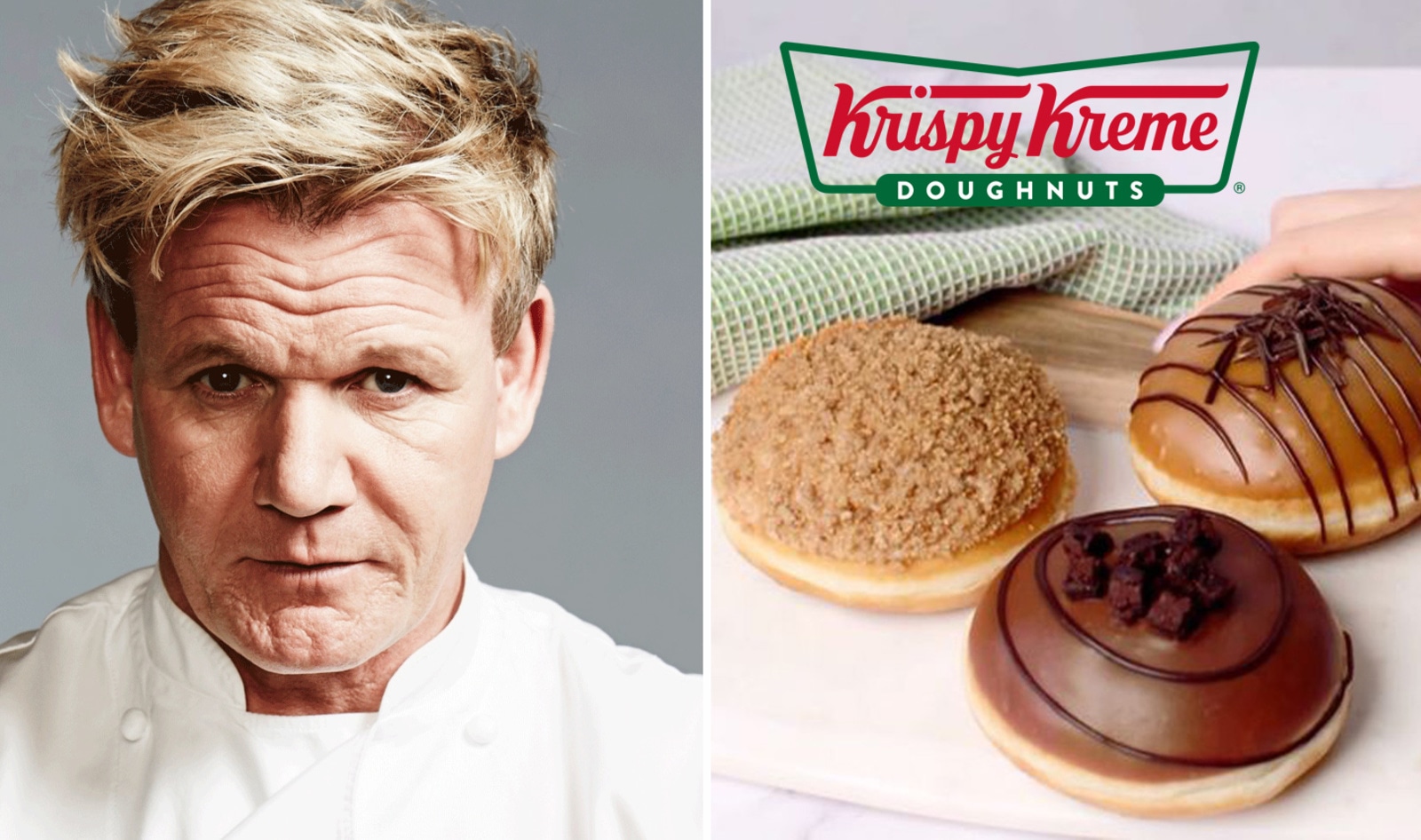 Gordon Ramsay puts vegan burgers on the menu in Chicago

We love a good change-of-heart story and this week, celebrity chef Gordon Ramsay delivered. While the chef previously played up his anti-vegan persona, when the plant-based shift became too big to ignore, Ramsay took on a different tone and began experimenting with vegan dishes. The newest restaurant to benefit from Ramsay’s change of heart is Gordon Ramsay Burger, a location of which the chef just opened in Chicago.

There, Ramsay serves the simply named Vegan Burger, which features a vegan patty, bib lettuce, tomato, avocado, eggless garlic mayo, and is served on a vegan bun. Diners can also order the vegan patty in place of meat in any of the eatery’s signature burgers. The Hell’s Kitchen star also serves a fully vegan menu at his Hell’s Kitchen-inspired restaurant in Las Vegas and plant-based dishes can be found sprinkled on Ramsay’s menus worldwide.

Krispy Kreme was founded in the United States in the 1930s so you’d think that in the 2020s—when plant-based eating has exploded in popularity—any announcement linked to vegan doughnuts would happen on home turf. Wrong. In time for Veganuary, Krispy Kreme is now adding three new vegan doughnuts to its menu in … the United Kingdom.

And to throw cinnamon sugar on the wound, these aren’t even the first vegan doughnuts to hit the UK menu, where Brits have been enjoying a vegan version of Original Glazed doughnuts at Krispy Kreme since last year.

News of actor Jacob Batalon losing more than 100 pounds on a plant-based diet spread around the internet like wildfire this week after the Spider-Man star spoke candidly about his transformation with Men’s Health. Batalon went plant-based with the help of his girlfriend, Instagram influencer Brooke Reyna. Through Instagram, Reyna introduced Batalon to another queen, chef Reina Montenegro, known for creating vegan versions of Filipinx classics like sisg, kare kare, and kaldereta.

Montenegro operates vegan restaurant Chef Reina in Northern California and ships “care packages” of her vegan meals nationwide. Batalon, who is of Filipinx heritage, gave Montenegro a shoutout in his most recent interview with CinemaBlend and is working with the chef to sample her food soon.

“This means so much to me not only as a Filipina chef but more so as a vegan Filipina chef,” Montenegro told VegNews. “I’ve always felt that we have not really been recognized as a mainstream cuisine let alone the vegan version of it which is often criticized even by our own.” Montenegro and her children are also big fans of the Spider-Man movies and of Batalon’s character, Ned Leeds, in particular because he brings representation of the Filipinx heritage to the big screen. “So this is a family affair,” the chef said, adding that she’s “just incredibly proud of him.”

This week, Eat Pastry launched a whole new concept: vegan cookie dough cups with gooey center cores. The new product is currently available at select Costco locations in an eight-pack of chocolate chip cookie dough where half the cups feature a fudge core and the other half are loaded with a salted caramel core. Eat Pastry will expand the cookie dough cups to other retailers in 2022.

As we approach a new year, we always wonder if it’ll be better than the last. One indicator that the future looks a little brighter is knowing that Lizzo’s vegan cooking tutorials on TikTok will continue in 2022. In the last few months, Lizzo was out there doing things that multi-Grammy award-winning artists do and fans noticed that she spent less time making vegan recipe videos on the social media platform.

While Lizzo could have just ignored the pleas for more recipes, the musical artist got right back to business and showed off her recipe for lentil stew—turns out, the trick to a rich stew is roasting veggies and blending them into a broth thickener. Lizzo promised more vegan cooking videos in the year to come, including her take on mac and cheese.