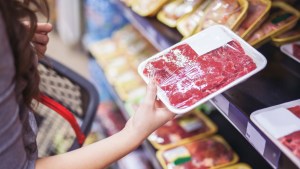 This coming year is the new German government’s first in power. And with its arrival comes a host of updated animal welfare and environmental commitments.

In a bid to improve the treatment of animals within the food system, the European country plans to introduce compulsory animal welfare labels on meat products.

Further, the government pledges to enhance the sustainability of its agriculture and food industries, including a focus on plant-based meat alternatives.

The Social Democrats (SPD), Greens, and Free Democrats (FDP) have unified as a coalition to form the new government. Together, they pledged to develop agricultural methods that do “justice to the environment, animals, and the climate.”

“We have different traditions and perspectives, but we are united by a willingness to take joint responsibility for Germany’s future, the goal of driving forward the necessary modernization, the awareness that this progress must also be accompanied by a promise of security, and the confidence that together we can succeed,” the coalition deal says.

“We are committed to serving the well-being of all citizens.”

An educational campaign will accompany the new label policy, although it’s not yet clear what it will entail.

The government claims it wants to support farmers in updating their practices “in a manner that is appropriate to the species.”

Antibiotic use will be monitored and actively reduced, and transporting live farm animals to third countries outside of the EU will be prohibited. The exception to this will be if the routes have “proven animal welfare-friendly supply facilities.”

The parties will also put forward a roadmap to reduce animal experiments, including the research and development of animal-free alternatives.

Furthermore, the government says it backs an EU-wide ban on the keeping and breeding of fur animals.

The German government plans to develop a national food strategy by 2023 which will spotlight healthier foods. “We will strengthen plant-based alternatives and advocate the approval of innovations such as alternative protein sources and meat substitutes in the EU,” it adds.

This aligns with recent dietary trends across the country. In May, it was reported that meat production had declined in 2020, dropping four percent from the year prior.

Advertising food with high salt, fat, or sugar content to children under 14 will no longer be permitted from next year. And the government promises to develop “scientifically sound reduction targets” for salt, fat, and sugar. These will be customized to cater to specific target groups, it says.

The country is moving towards organic foods too. By the end of the decade, Germany intends to make 30 percent of its farming organic. This is up from the EU’s own target of 25 percent.

Additional financial support will be offered to farmers to transition to organic farming practices.

This ties into the new government’s aim to “significantly reduce” emissions – namely methane and ammonia. It hopes to secure climate neutrality by the middle of the century.

“Sustainable agriculture serves the interests of farms, animal welfare, and nature at the same time and is the basis of a healthy diet,” the deal reads.

The post Germany’s Commitments For 2022: Animal Welfare Labels On Meat And Plant-Based Push appeared first on Plant Based News.