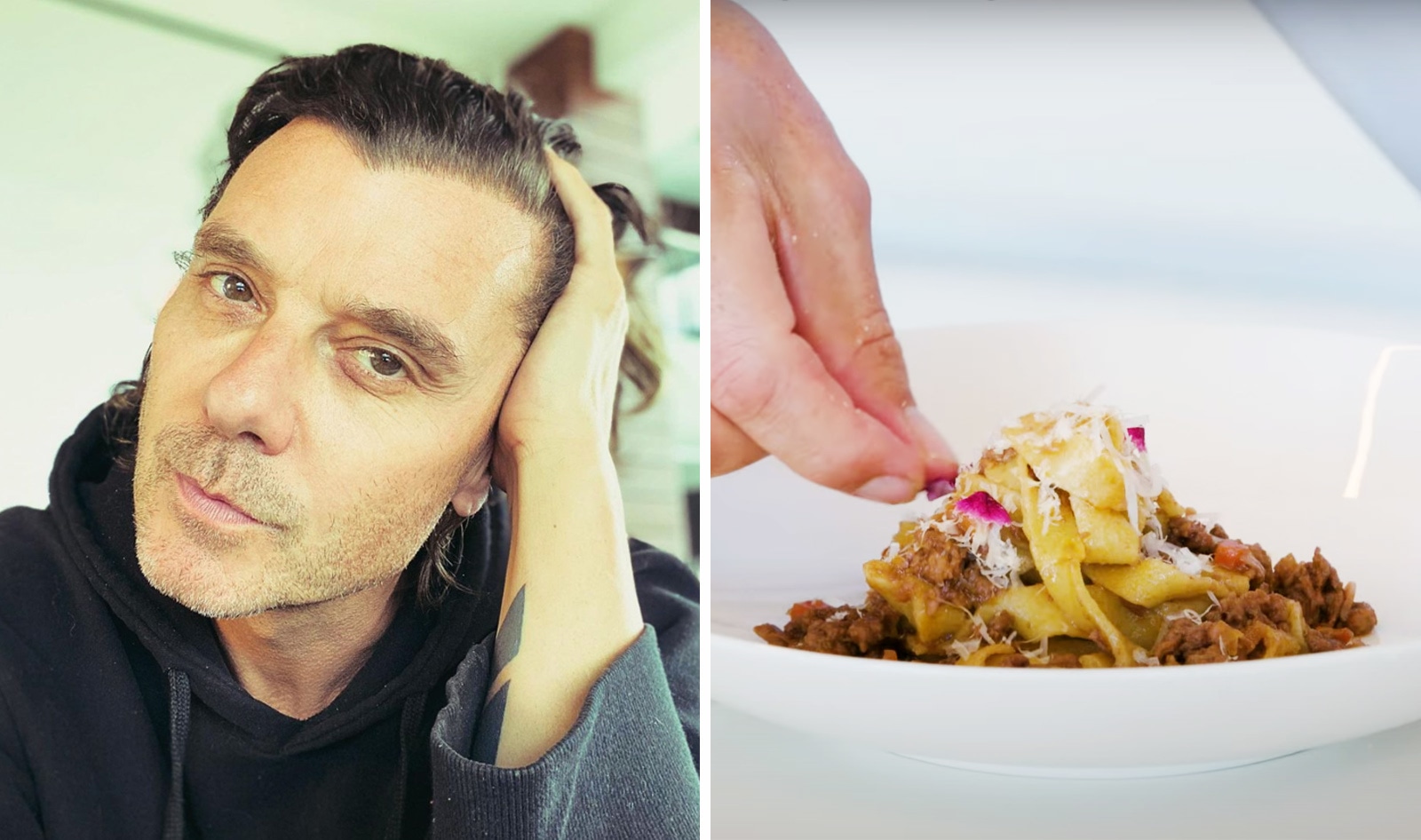 Musician Gavin Rossdale—the lead vocalist of ‘90s British rock band Bush—is convinced that vegan food, particularly meatless bolognese, is the future. Rossdale was invited to share a cooking video with PEOPLE for its “What I Really Cook for Dinner” segment and chose to prepare a vegan meal. “I’m going to make a vegan bolognese. I’ve grown up having bolognese and I just thought that coming on here I just wanted to do something a bit more mindful,” the 55-year-old musician said. “Making vegan bolognese is the future.”

For the recipe, Rossdale made his own eggless pasta dough and created the bolognese sauce from scratch, seasoning it boldly with bay leaves and rosemary along the way. “When you’re not using meat, I’m just kind of mindful about what I can do to really make sure I’m elevating every single flavor,” Rossdale said before pulling out Miyoko’s Creamery butter to add to the dish. “This is the most incredible vegan [product] made by this lovely lady. Butter is a mood enhancer.” Rossdale also added plant-based beef grounds to the sauce and finished off the dish with grated vegan parmesan cheese. “No animals were hurt in the construction of this dish,” Rossdale said.

In addition to sharing the vegan bolognese recipe, Rossdale showed off his refrigerator which is stocked with mostly vegan items such as Forager’s yogurt, Oatly oat milk, seitan, and plenty of fruit and vegetables.