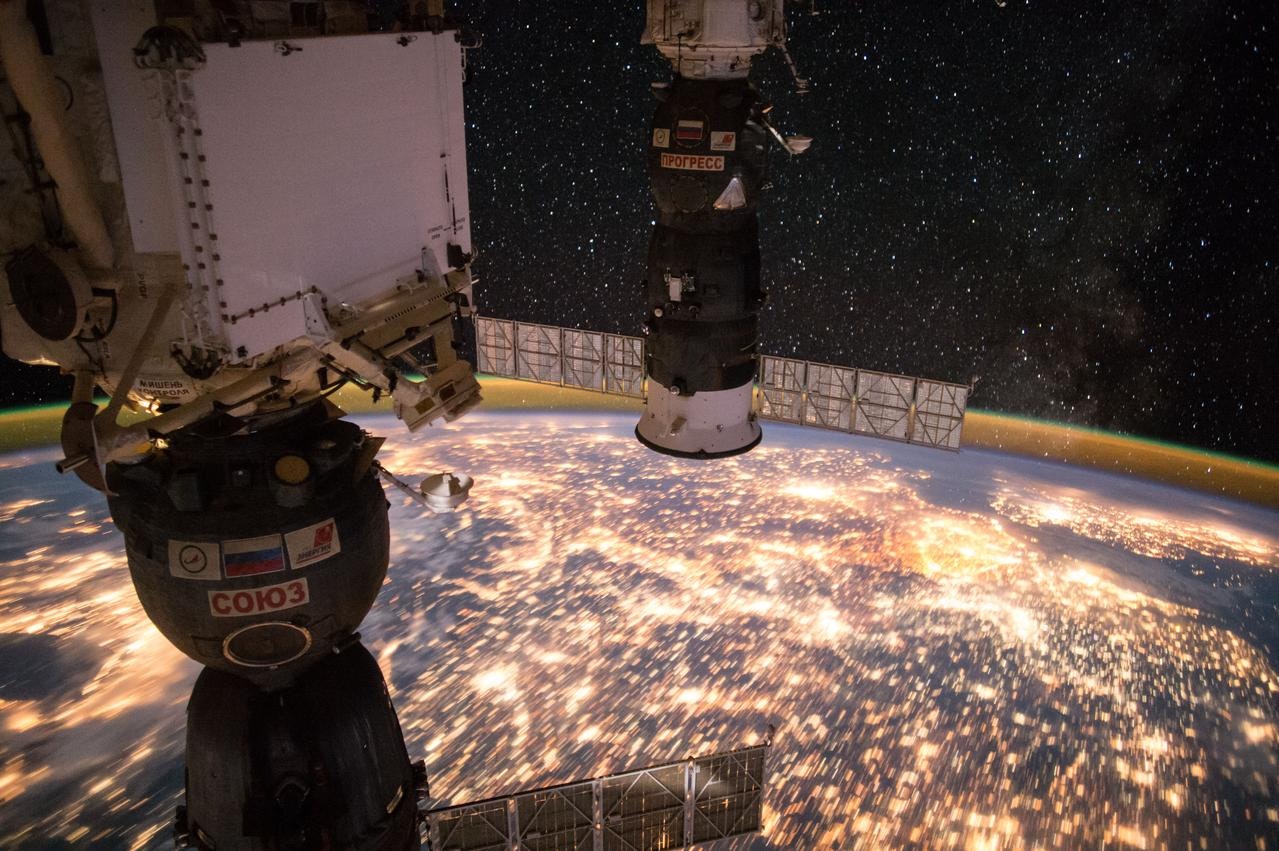 It’s probably no surprise that keeping healthy in space is incredibly important. And without the typical resources found on Earth, creative solutions have to be explored.

Right now, some excited Year 10 and 11 students from around Victoria are waiting with anticipation as their space-made yoghurt – fresh off the International Space Station (ISS) – heads back to Australia from NASA facilities in the United States.

The students worked with researchers at the Swinburne University of Technology to design an experiment investigating the nutritional values of space-made yoghurt. The results could provide insight into how to best help astronauts with vital nutrition during long-haul spaceflight.

A critical factor in human health is the overall health of our gut microbiome, which is estimated to host more than 100 trillion bacteria.

Maintaining the health and diversity of these bacteria might be even more important in space than on Earth. In 2019, NASA released groundbreaking results from a year-long study on astronaut twins Mark and Scott Kelly.

In 2016, Scott spent 365 days on the ISS, experiencing reduced gravity, while Mark remained on Earth. A fascinating result from the study was that Scott experienced significant changes to his gastrointestinal microbiome when in space – and which didn’t persist after he returned to Earth.

It’s theorised the changes in microbiome experienced by astronauts are due to the lack of exposure to the “everyday” microbes encountered on Earth. Additionally, astronauts in space are exposed to less gravity, and high levels of radiation, which increase as they travel further away.

Understanding how to supplement astronauts’ gut bacteria and sustain its health is one of NASA’s current research goals. NASA is exploring this through both the use of capsule probiotics and simulated gravity experiments.

Yoghurt is made by the bacterial fermentation of milk. The lactic acid produced in this process acts on the milk’s proteins to create yoghurt’s signature tart taste and thick texture. We wanted to see how this process is affected in the space environment.

Our student-led experiment is investigating whether different probiotic strains of bacteria can be used to make yoghurt directly in space. The ideal outcome would be to show that healthy, living bacteria cultures can be generated from frozen bacteria and milk products sent to space. This has not yet been achieved, although yoghurt has been made using bacteria returned from space previously.

This would be hugely beneficial during long space flights, where fresh food is limited and typical probiotic capsules would lose potency. Yoghurt also offers the nutritional benefits of the milk the bacteria are feeding off.

Read more: What a simulated Mars mission taught me about food waste

The road to space

Our brilliant students began this journey via two paths. Through the ongoing SHINE program, six exceptional STEM students from Victoria’s Haileybury school worked with Swinburne staff and student mentors to develop, prototype and produce an experiment for the ISS.

In the past, this program has sent human teeth, chia seeds and magnetorheological fluid to the ISS. For the 2021-22 experiment the students had 24 five-millilitre vials (things have to be tiny in space) in which to build their detailed experiment.

The second path was via the inaugural Swinburne Youth Space Innovation Challenge (SYSIC), which provides the opportunity to send an experiment to space as part of the Swinburne/Rhodium Scientific payload.

Teams from four Victorian schools undertook an 11-week crash course in space applications before pitching their dream experiment. The winning team from Viewbank College was assigned six dedicated experimental vials, with all other teams also awarded a vial – all working towards the goal of investigating probiotics, bacteria and yoghurt in space.

Once ready for flight, the final bacteria samples were prepared and put into deep freeze by our Rhodium Scientific partners at the Kennedy Space Centre in the US.

All 33 vials boarded their rideshare to the ISS via the SpaceX Crew Dragon 24, and were launched on December 24. Once onboard, the samples were removed from deep freeze by Astronaut Mark Vande Hei and set aside in a room-temperature experiment chamber in the Japanese Experiment Module, named Kibo.

After the allotted 48- and 72-hour timestamps (the time it takes to typically make yoghurt on Earth) the samples were placed back in deep freeze to preserve the progress. It’s expected they would have become yoghurt during this time.

The samples returned to Earth in late January and will be investigated by staff and students in the coming months, once they return to Australia.

The students chose to explore six different bacteria strains mixed together in various combinations, as well as certain strains isolated. With both the space-based experiment and control experiments conducted on Earth, we’ll be able to determine whether the bacteria sent to the ISS were significantly affected by reduced gravity.

Working from the lab at Swinburne, we will use methods such as DNA sequencing to isolate any variations in the genetic makeup of the bacteria, and investigate how many generations (or cell divisions) have occurred in the samples.

The students also purposely designed the experiment to test both dairy and non-dairy milk options, to see the potential differences in nutritional output. But perhaps the most exciting part for all involved will be the final taste test – and finding out if space yoghurt really is out of this world.