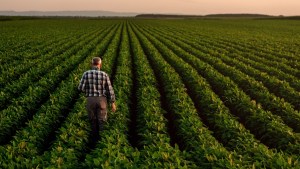 Farmers are kicking back against global methane reduction pledges, insisting they are “the solution, not the problem.”

The debate on farmers’ impact on the environment in the animal agriculture sector is fraught – especially between vegans.

And while many ease back on the blame game in the hopes farmers can switch to more sustainable methods, it is ongoing.

This week, a feature was published by the China Global Television Network (CGTN). It included expert views and delved into the wider picture of emissions and their causes.

Here, farmers expressed their concerns about the plant-based revolution being the saving grace of climate breakdown.

More discussions are happening at an international level about the need for farming to adapt to mitigate the climate crisis.

But many argue it is not enough – with high criticisms following COP26 as debate around diet remained firmly off the table.

It is widely agreed upon in the environmental and scientific community that limiting meat reduction is the answer. But a host of farming and political figures, especially those with firm financial ties to the industry, are avoiding making changes.

In the CGTN piece, farmers professed that providing a solution to agriculture needed “to bring the world’s farmers with it.”

Sharen O’Toole is an animal farmer from Wyoming, US. She told CGTN: “Raising plants also impacts the environment. It requires intensive farming systems.

And yet, a report by the US political group Humane Party published five years ago is one example of how the picture is more complex.

A lot of plant-based crops are grown simply to feed our global appetite for meat, too. WWF proclaims that almost 80 percent of soy production is to feed animal agriculture – and production is only on the rise.

“The landscape is not a benign process… all our food production needs to be sustainable.

“But we have to figure out a way to do it without allowing a couple of billion people to starve to death, which is kind of where we’re headed,” O’Toole added.

While the feature accepted livestock farming is a bigger emitter than both gas and oil combined, “there are good solutions” within it, the president of a US environmental group told the outlet.

These “solutions” weren’t outlined in the piece.

Despite this, organizations such as the TransFARMation Project are supporting farmers in transitioning to farm hemp or mushrooms instead.

This is both for its environmental benefits, and because it benefits the farmers themselves.

It comes as other farmers around the world recognize that the main answer is to eat less meat, in richer countries at least.

Earlier this year, British farmers urged the UK government to implement a curb on meat intake despite it being “uncomfortable” for them.

The post Farmers Kick Back Against Methane Reduction: ‘We Are The Solution’ appeared first on Plant Based News.