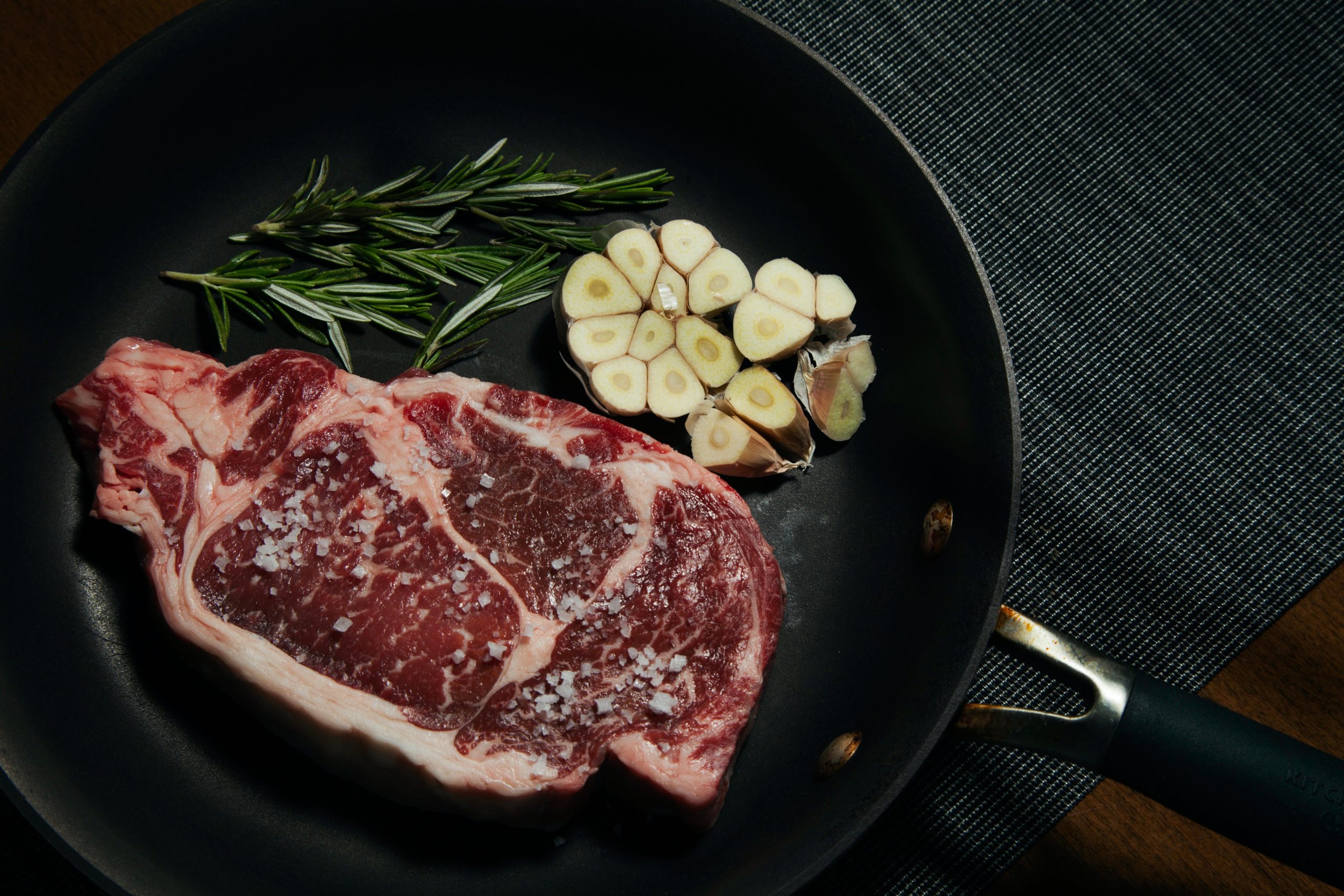 Toronto-based Evolved Meats, formerly known as CaroMeats, has secured $2 million in a seed funding round. Investment was led by Maple Leaf Foods, one of Canada’s largest protein companies. Big Idea Ventures, Garage Capital, and Saltagen Ventures also participated, alongside others.

Seed funding was raised to support Evolved as it transitions from prototyping to scaled production of cultivated meat. The Canadian biotech startup has created a non-specific platform for cultivating whole cuts of meat from a variety of animal species, without the need for expensive scaffolding.

The global demand for meat is expected to double by 2050. Existing food production systems will place this at direct odds with worldwide attempts to meet net-zero emission targets. This means that alternative ways of manufacturing protein need to be commercialised, hence the push from companies around the world to make cultivated meat a scalable and consumer-accepted accepted solution.

“Evolved Meats are working to solve important scale-up challenges to cell-based meats,” Andrew D. Ive, founder and managing general partner of Big Idea Ventures said in a statement. “By removing the need for scaffolding, Evolved Meats technology breaks down not one but several barriers in the cultivated meat production process and makes non-processed meat cuts possible. We are excited to invest and support the company, and as an active board member I look forward to working with the Evolved Meats team.”

Canada consumes more white meat than red, with the average per capita being 75.93 pounds. Chicken is the most popular choice. Beef and pork consumption have both decreased steadily to 39.75 and 31.57 pounds per capita respectively. Meat processing is the largest sector of the domestic food manufacturing industry, employing around 28 percent of all food sector workers.

Canada has pledged to be net-zero by 2050, but meat production accounts for an estimated 15 percent of global greenhouse gas emissions. Reconciling the two is something that Evolved has set out to accomplish.

Evolved claims that it has created a proprietary production platform that creates structural and biochemical replicas of conventional meat using only stem cells. Alongside, it has developed a unique tissue system that allows the startup to lower its costs.

“Our ambition is to recreate meat in a way that is identical to nature by biofabricating functional muscle tissues and capturing the entire muscle to meat transition,” Alireza Shahin, CEO of Evolved Meats said in a statement. “The proprietary technologies underlying our modular system allow us to do exactly that. However, recreating whole cuts of meat is only part of the challenge. Our unique ability to create functional tissues will help us scale out our production while driving towards price parity with conventional meat. This mix of familiar cuts and affordable prices will enable Evolved to lead a massive transformation of the food system, and we are excited to work with Maple Leaf Foods and Big Idea Ventures to usher in that change.”

Shahin is in the process of patenting his innovations. Discovered whilst completing his PhD, key developments include the manufacturing of functional tissue formats that can be physically arranged to mimic the meat from any animal. Shahin claims this will allow Evolved to perfectly replicate the structure, mouthfeel and taste of conventional meat joints. Nutritional equivalency is anticipated by the startup as well.

“Maple Leaf Foods’ vision is to be the most sustainable protein company on earth. We are committed to supporting promising new technologies with the potential to nourish people and protect the planet,” Michael McCain, president and CEO of Maple Leaf Foods said in a statement. “We are excited to invest in Evolved, as they pursue their vision to produce cultivated meat production using their unique technology.”

Cultivated startups are limited within Canada. Alongside Evolved sits Future Fields, a Y Combinator-backed interest looking to develop low-cost fetal bovine serum-free growth media for its cell-based poultry. It secured $2.2 million in a seed round closed last March. Appleton Meats and Seafuture Sustainable Biotech are both reportedly working on cultivated meat with the former focussed on beef and the latter on seafood.

Where Canada does excel is within the plant-based arena. Alongside numerous fast-food partnerships for Lightlife vegan chicken, domestic startups are looking to replace everything animal-based from eggs to bacon and even wagyu beef.

The post Evolved Meats Scoops $2 Million To Secure Its Position As A Low-Cost Operator Within The Cultivated Sector appeared first on Green Queen.