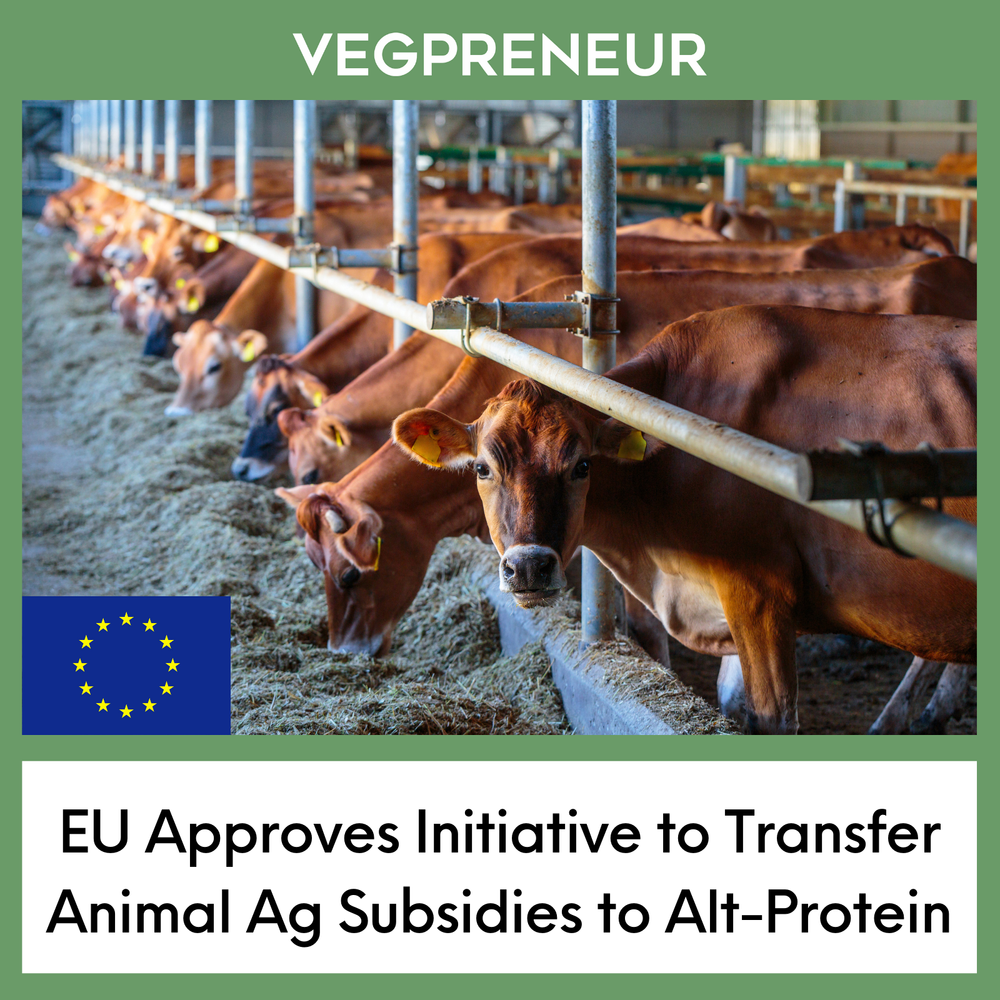 On April 27, the European Commission approved the European Citizens' Initiative (ICE) End The Slaughter Age, written by activist Nicolas Micheletti, president of the homonymous promoting organization. The ICE will have to collect 1 million signatures across Europe (you can sign here) for one year, it started on June 5, 2022, on the occasion of the National Animal Right Day, and will end on June 5, 2023. The initiative requires the transfer of subsidies from the livestock industry to the sector of alternative products, both of plant origin and obtained with cellular agriculture, such as cultured meat. The initiative is supported by over 140 organizations throughout Europe (and beyond like Kinder World) and by some Italian politicians such as regional councilor Luigi Piccirillo and deputy Paolo Bernini. The initiative was attacked by some politicians and lobbyists:

-Roberto López, spokesman for the Spanish meat lobby Agromuralla in this regard declared "it worries me a lot".

- Former Deputy Prime Minister Janusz Piechociński said: "The time is coming when we carnivores must introduce new initiatives so that even those who live next to us and who want to ban us from eating meat according to democratic procedures, are forced to make a greater effort. We will collect signatures and start a great European debate. "

- Polish MP Jan Ardanowski said: "This is an exceptionally important threat to the production of food of animal origin. The European initiative under discussion wants to legally ban" the use of animals for human-defined purposes ". Therefore, it is not just meat from farms, but also milk and other animal products such as skins and wool. "

- Esther Herranz, MEP from 2002 to 2019, said: "If this initiative is successful, which I sincerely hope it does not, the price of European beef, pork, rabbit, chicken, turkey or eggs would be prohibitive. Many families should stop consuming animals."