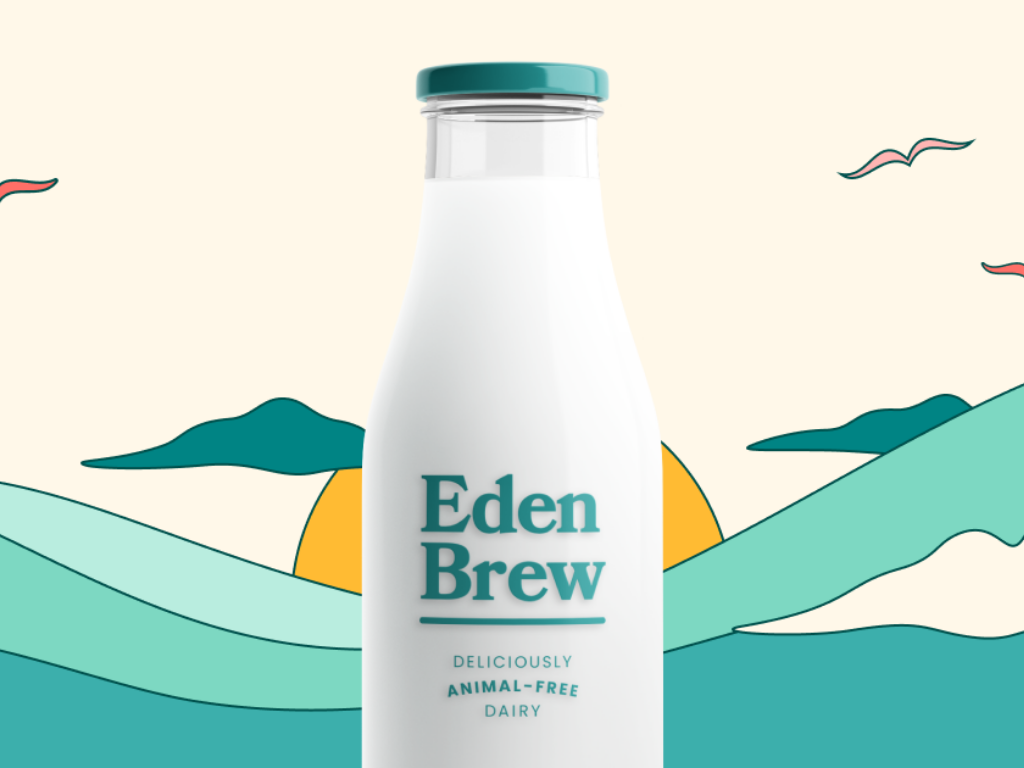 Australian food tech startup Eden Brew has secured $5 million as part of a continuing funding raise. The investment was made by its existing backer Main Sequence, with Mars’ Digitalis Ventures participating for the first time. The cash will be used to scale Eden Brew’s animal-free fermented milk product ahead of diversification into ice cream.

Eden Brew was launched in 2021 as a coming together of CSIRO technology, funding from deep tech venture fund Main Sequence and Norco. The latter is Australia’s largest dairy co-operative, representing a significant acceptance of alternative dairy innovations.

Recreating milk without any animal agriculture

Eden cites environmental concerns as its primary motivation for developing animal-free milk. It acknowledges that protein demand is predicted to double by 2050, in a bid to feed the 10 billion people that will be on the planet.

“Creating animal-free milk that can meet the doubling protein demand by 2050 sustainably and is just as delicious as cow’s milk, is our North Star,” Eden Brew co-founder and CEO  Jim Fader said in a statement. “While there are numerous milk alternatives, they cannot sustainably meet future demand and don’t achieve the sensory or processability properties of cow’s milk. Our natural method of fermentation future-proofs dairy’s place at every kitchen table, in every cafe, and every ice cream cone.”

Eden states that by using precision fermentation, it has recreated all six dairy proteins found in cow’s milk. This, it claims, has allowed it to recreate the taste, texture, smell and functionality of conventional dairy, in products suitable for vegans. Development is ongoing for the ‘holy grail’ of dairy proteins, four-casein micelle. Once this has been perfected, Eden claims there will be no compromise associated with cow-free dairy anymore.

As an existing science, precision fermentation can be quickly scaled for commercialisation, leading Eden to plan new products already. Chief amongst future releases is a retail rollout of ice cream, made using its proprietary milk development. It is slated for debut in summer 2023 at the earliest. No official mention of cheese and yoghurt has been made yet but there is reference to these developments on Eden’s website. It states that almost all conventional dairy products can be reimagined using a cow-free methodology, giving rise to speculation that these might be due to follow.

“We believe science and technology can fill many critical gaps in regards to global nutrition,” Steve Allen, partner of Digitalis Ventures said in a statement. “Eden Brew is focused on new ways of creating food that nourishes our bodies and planet. For this very reason, we are proud to be on Eden Brew’s growth journey.”

In recent months, Australia has been showing signs of making a meaningful transition to more plant-based production. Alongside Eden, Wide Open Agriculture has set its sights on offering access to sustainable protein. It was announced, in May, that the domestic food tech is working with Monde Nissin Australia, to supply lupin-based protein. Sold under the Buntine Protein name, the concentrate is created from domestically and regeneratively grown crops and is offered on a non-exclusive basis. This means that other food and beverage manufacturers could enrich their products with homegrown protein.

Back in March, it was revealed that a new AU$378 million project had been initiated, to turn South Australia into a plant protein production hub. Three new manufacturing plants are being constructed to support the growing Antipodean sector. Vegan meats, animal-free dairy and protein powders are all expected to be produced.