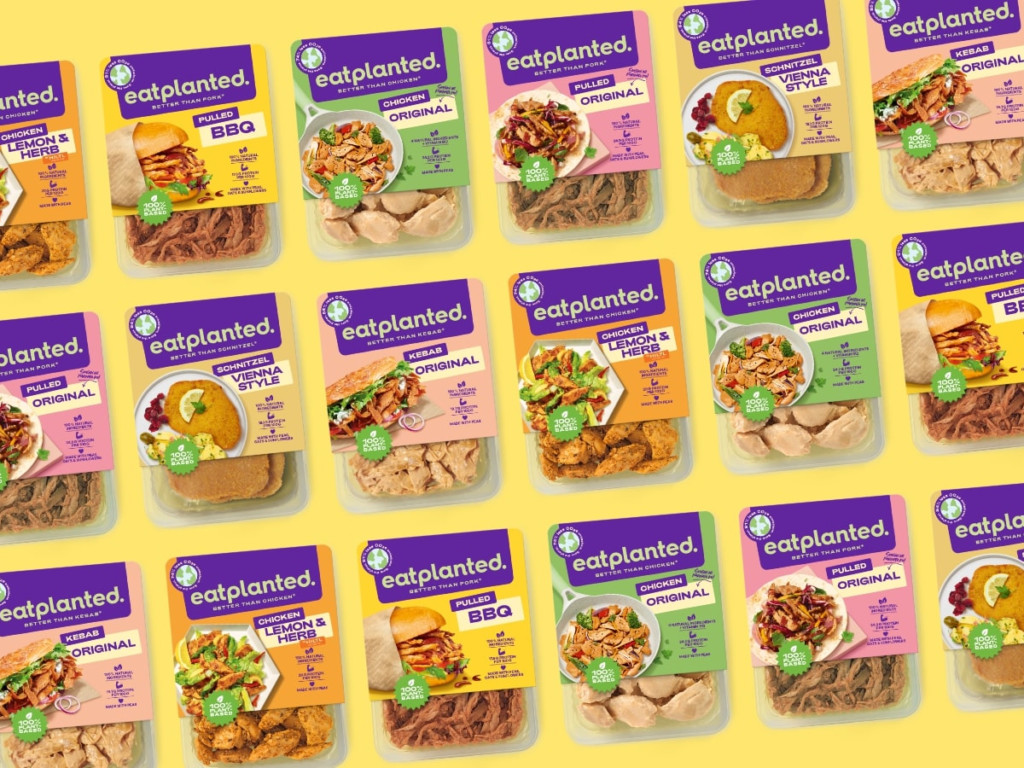 Eatplanted – the Swiss plant-based meat producer – has launched its award-winning gourmet alt meat products in the UK. The launch features a ‘Veganually’ campaign that encourages people to take plant-based eating beyond just January.

One of the leading plant-based food techs in Europe – originally known as Planted Foods in mainland Europe and now rebranded to Eatplanted – the company claims to bring a new perspective to a booming industry with its transparent in-house manufacturing process and ‘plant to plate’ approach. Eatplanted received the Best Alternative Chicken Product award at its first UK exhibition; the Plant-based World Expo and has now launched a UK webshop, with retail deals expected to follow soon.

The Switzerland-based startup raised over 36 million Swiss francs (nearly $39M) in 2021 from investors including international footballer Yann Sommer. The brand also caused a stir in Berlin with a 100 square meter art installation made of real plants arranged in the shape of a chicken.

The company hosted a gourmet culinary event in London to start the ‘Veganually’ campaign which encourages people to take plant-based eating beyond just January. Influenced by the Veganuary movement, Eatplanted hopes the Veganually event will encourage an increasingly health and eco-conscious population to maintain a more plant-based diet throughout the rest of the year.

“2022 has been the strongest year for Veganuary in our history. More than 625,000 people from nearly every country in the world signed up to our 31-day vegan pledge this year, and more than two million people have now taken part in Veganuary since we launched in 2014. We’re so pleased to see other like-minded organisations continue the success of our campaign and promote the idea of eating a plant-based diet all-year-round,” stated Dr Toni Vernelli, International Head of Communications and Marketing at Veganuary.

Eatplanted’s entire range of products is available to purchase online at uk.shop.eatplanted.com with prices starting at £7.99 per 400g pack. As part of the UK launch, the company is running a promotion for consumers everywhere, who can get 25% off using the code ‘uklaunch25’ at the checkout.