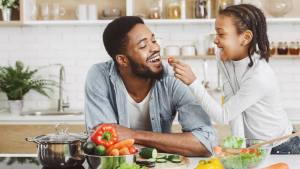 The study was published in the journal PLOS Medicine. Researchers looked at the life expectancy of adults in the US, and concluded that making healthier dietary choices earlier in life could lead to substantial life expectancy gains.

They compared a typical Western diet to an “optimal diet” rich in whole grains, pulses, fruit, vegetables, and nuts. They found that eating a healthier diet from an early age could add up to 10.7 years of life for women and 13 years of life for men.

A typical Western diet, consumed by the average American, contains hardly any pulses (peas, beans, and lentils) and too few fruits and vegetables. At the same time, it often features too much red and processed meat, dairy, sugary drinks, and refined grains.

The largest gains, researchers found, would be made by eating more pulses, whole grains and nuts, and less red and processed meat. But eating more pulses alone could add over two years of life expectancy for both men and women.

For older people, the gains would be smaller but still substantial, the study notes. People in their sixties, for example, could add 8.4 years of life if they swapped red and processed meat for healthier alternatives.

Additionally, those in their 80s could still gain 3.4 years.

Food is fundamental for health. The Global Burden of Disease Study, published in The Lancet, found that poor diets are estimated to cause 11 million deaths every year – that is one in five adult deaths.

This article was republished with permission from Viva!

The post Eating Less Meat And Dairy Could Add 10 Years To Your Life, New Study Says appeared first on Plant Based News.