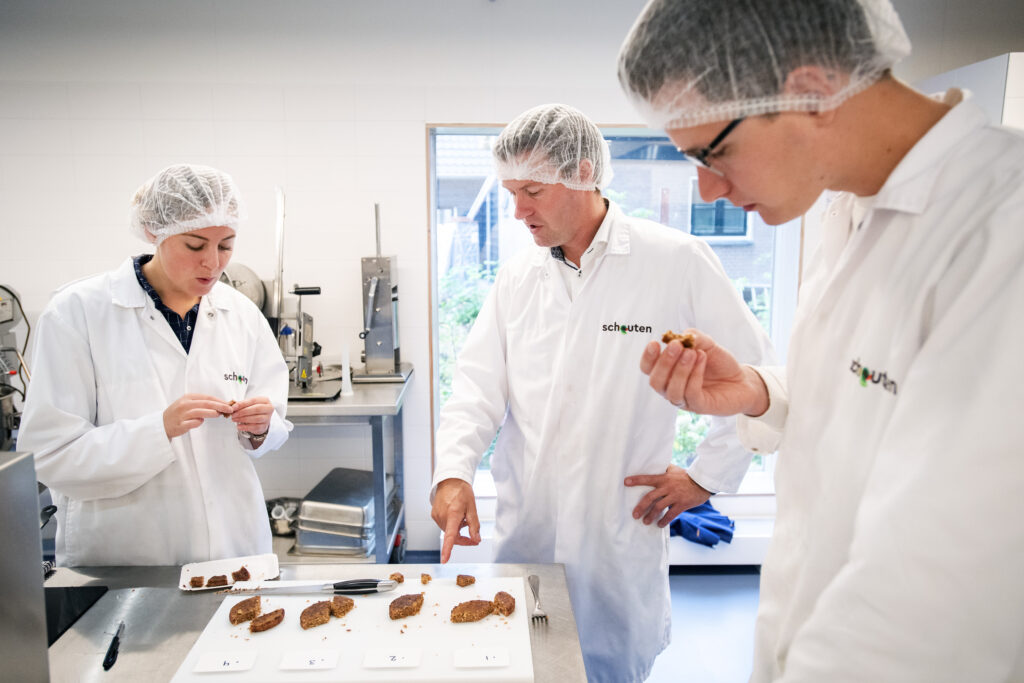 Schouten Europe is introducing a plant-based fish fillet this month. Fish substitutes are on the rise. The number of fish substitutes introduced in Western European supermarkets has grown exponentially in the last two years. This family business based in The Netherlands not only offers its innovation within the retail market but also within the out-of-home channel.

Schouten’s plant-based fish fillet weighs 120 grams and is created based on wheat and rice.  “It is a nice airy product that successfully mimics the taste and texture of cod. The crispy layer, combined with the soft inside, makes it an attractive product,” says Annemiek Vervoort, Product Manager at Schouten. The fillet can be eaten with a hot meal, on a sandwich or as part of a meal of “fish and chips”.

Trend from the United Kingdom

The fish substitutes segment is relatively new in the plant-based product landscape.

Innova Market Insights recorded a major growth in the number of newly introduced products within UK supermarkets for the first time in 2019. The number of newly introduced products has also increased sharply in Germany in recent years. This was also the case in the Netherlands to a slightly lesser extent. “The market is still small,” says Kees van den Heuvel, Trade Marketeer at Schouten. “The Dutch retail turnover of fish substitutes in 2021 was €1 million, according to figures from IRI. In the first 32 weeks of 2022, the turnover amounted to €610,000 compared to €585,000 a year earlier.”

Fish is a popular product, including as a substitute for other types of meat. Nevertheless, the Netherlands Nutrition Centre advises against eating fish more than once a week. This is for health, sustainability and safety reasons. “Plant-based fish substitutes definitely have a future, but the consumer first has to become familiar with the products’ benefits,” says Van den Heuvel. “Consumers generally don’t see the urgency to replace fish as they do with other types of meat.”

In 1990, Schouten started as a pioneer in the development of meat substitutes based on plant-based proteins. The company now markets one of the most extensive and varied ranges in the world and supplies its meat and fish substitutes under private label to more than 50 countries. Schouten also develops many products according to customer demands.