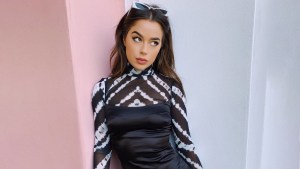 “I love fish and sushi more than anything but after watching Seaspiracy last night in good conscious I just can’t eat it anymore,” Brooks wrote.

The celeb later posted: “Re-tweeting this to hold myself accountable.”

However, Brooks isn’t the only star inspired by Seaspiracy to move away from seafood.

Reality TV star Kourtney Kardashian recently told her 115 million Instagram followers: “Watching Seaspiracy… I haven’t eaten meat in a few months at all but was still eating a little fish. But after watching this…”

In just three days, the campaign had garnered more than 100,000 signatures. At the time of writing, it is nearing a staggering 600,000.

The petition calls for the creation of more ‘no-catch’ zones. If successful, they will be instated in ‘at least’ 30 percent of waters around the UK.

It reads: “Unless we act now we will live to see the death of the oceans. And, our children will never know the wonder and beauty of our once thriving blue planet.

“Seaspiracy has exposed the truth. But, we can’t fix this on our own. Now we need action, and that’s where you come in. Together we can change this.”