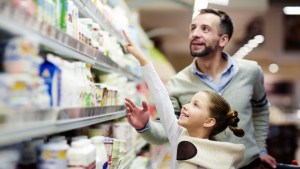 In the throes of Veganuary, sales of vegan food and drinks are “booming” at Tesco, the supermarket chain reveals.

The company thanks its new plant-based meal deal for the sales – which it says have “rocketed.”

Tesco, the largest supermarket chain in the UK, launched its Wicked Kitchen Meal Deal on January 3, 2022. As part of the initiative, shoppers can snag a main, a side, and a dessert for two for just £8.

As a result, demand for Tesco’s Wicken Kitchen range has more than doubled this January, it says.

Sales of chilled dairy-free milk drinks shot up by more than 100 percent this month compared to Veganuary 2021.

Derek Sarno is head of plant-based food innovation at Tesco and co-creator of Wicked Kitchen. In a statement, Sarno said: “In the last year we have concentrated on making the best quality plant-based food even more accessible for shoppers by lowering prices.

“The Wicked Kitchen Meal Deal, which is an amazing offer for folks that want to try plant-based for the first time, launched this Veganuary and is testament to that.

“The amount of choice these days is mouth-watering and almost every category within supermarkets now has plant-based options, making it easier than ever for those considering or switching to embracing more Meat-Free days of the week.

“We have introduced more brilliant meat-free alternatives to classic favorites such as our Moq au Vin version of Coq au Vin, a vegan BLT sandwich, a Kickin’ Cauli Katsu Curry, and even our non-dairy Wicked Tiramisu.”

Veganuary in the UK

Tesco isn’t alone in its participation in this year’s Veganuary. A wealth of major food companies have clocked the financial opportunity involved with the ever-growing initiative.

Meanwhile, Burger King UK brought out vegan chicken nuggets for the first time. Further, the fast food titan made a public pledge to make half of its menu meat-free by the end of the decade.

The post Demand For Vegan Wicked Kitchen Products Doubled In A Year, Tesco Confirms appeared first on Plant Based News.