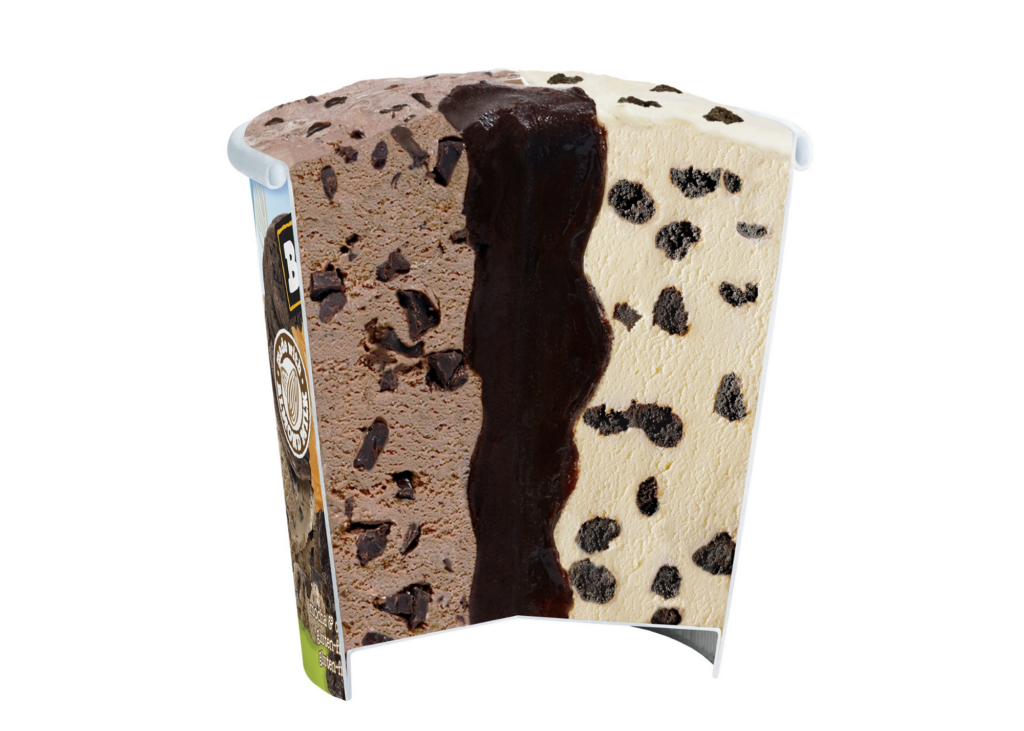 Both flavors have a center of spoonable euphoria that goes straight down the middle of the pint. “Core” flavors are the result of a Ben & Jerry’s innovation that allows treat lovers to customize each bite.

“We know that people who choose non-dairy frozen desserts love variety,” said Dena Wimette, Head of Innovation for Ben & Jerry’s. “They want to avoid dairy and still have amazing taste. These two new non-dairy flavors will satisfy their cravings for something different and delicious.”

Ben & Jerry’s began making non-dairy frozen desserts in 2016, due to popular demand. There was even a petition from Ben & Jerry’s fans pleading their case! Since then, the company’s non-dairy strategy has been to offer classic favorites with an almond or sunflower base, and some brand-new flavors created exclusively for the non-dairy line.

Boom Chocolatta and Bananas Foster bring Ben & Jerry’s non-dairy options to a total of 18 in the US—almost 40% of Ben & Jerry’s entire flavor line-up. In addition to being non-dairy and vegan, both new additions are also certified gluten-free. “Our flavor gurus believe in creating concoctions for all,” said Wimette. “We want everyone to be able to have some Ben & Jerry’s joy, including those who choose gluten-free,” said Wimette.

Boom Chocolatta and Bananas Foster will be on store shelves soon for a suggested price of $4.49-5.79. To learn more, visit www.benjerry.com/flavors/non-dairy