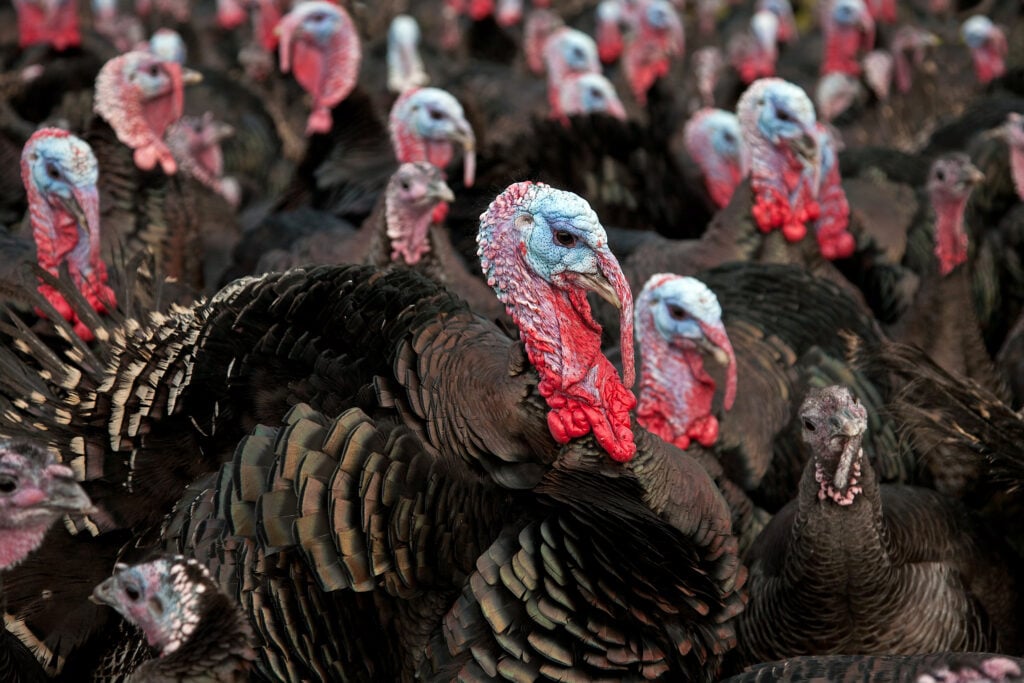 Avian flu has resulted in the deaths of 52.4 million birds in the United States this year. It is the highest number of annual fatalities linked to the disease the country has ever seen.

The previous record was set in 2015. That year saw 50.5 million birds perish either as a result of infection or preventative culling.

The disease is often spread by migratory wild birds. The World Organisation for Animal Health has stated that international exports and farming practices are also major contributing factors.

Intensive farms have been described as “ideal incubators” for the disease. Cramped and often poorly ventilated conditions can increase spread of the illness. Experts have stressed that bird flu is an “urgent warning to move away from factory farming.”

To date, birds in 46 states have been affected by the current avian flu outbreak. As a result, “preventative measures” are being advised.

Americans are being told to avoid contact with wild birds, as flu is transmitted through feathers, droppings, and touching. In addition, those with backyard flocks and feathered domestic companions are being advised to prevent potential encounters with wild birds.

As a result of huge poultry losses, the price of eggs and bird meat shot up in the lead-up to Thanksgiving. News outlet CNBC reports that turkey prices have risen by as much as 73 percent compared to last year. There is little sign of the trend easing ahead of Christmas.

The US Department of Agriculture has revealed that turkey farm infections account for more than 70 percent of all commercial farming operations impacted by avian flu this year.

The UK is facing a similar issue, as it is thought that half of the country’s “free-range” turkeys have either been slaughtered or died from avian flu.

The threat of avian flu transmission to humans remains low. The US Centers for Disease Control (CDC) says infection in people is “rare,” but can occur if someone has very close contact with birds.

According to the CDC, the virus can enter human bodies via the eyes, nose, and mouth, causing a range of issues. The most serious is pneumonia and difficulty breathing, but red eyes and general cold-like symptoms are also listed.

The CDC has stated that the virus could mutate and become more transmissible among humans. This means that bird flu has been identified as a pandemic risk.

Globally, since January 2003, there have been 868 cases of humans contracting avian flu. More than half (53 percent) passed away as a result.

The post Deadliest Avian Flu Outbreak In US History Kills Over 52 Million Birds appeared first on Plant Based News.