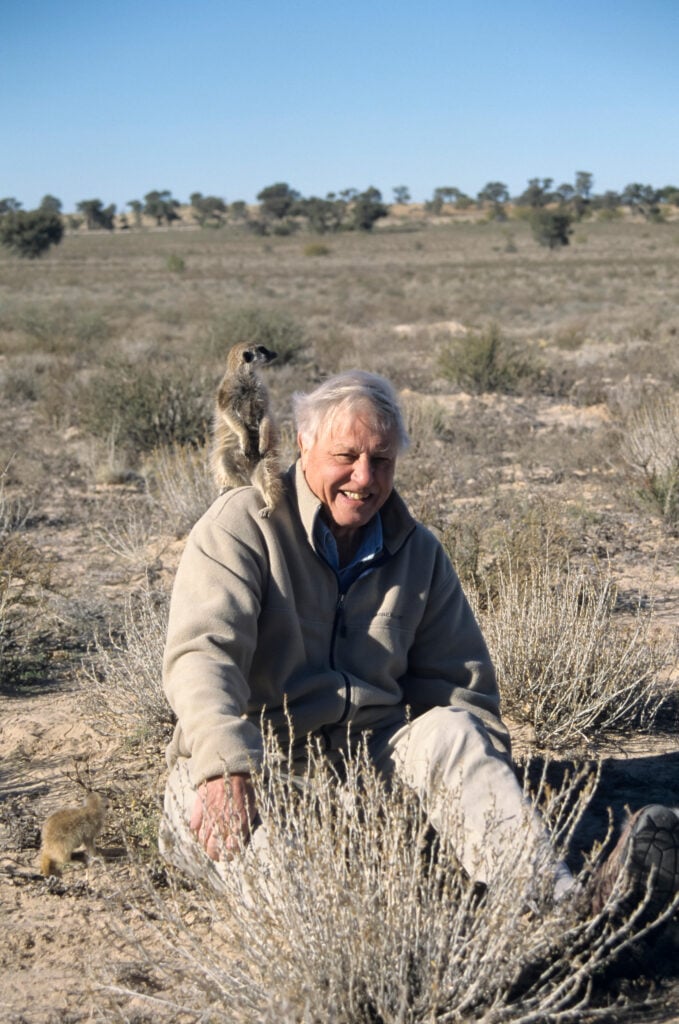 Sir David Attenborough is revered for his work in educating people about the crisis facing the planet. Much of his work focuses on animals and environmental issues, leading many to question whether is he vegan, plant-based, or vegetarian.

Animal farming is an environmental catastrophe, as it creates harmful emissions and drives deforestation.

It has also been identified as a “primary driver” of biodiversity loss, with the UN stating that the world must move toward a “plant-heavy” diet to combat this issue.

What has David Attenborough said about meat?

The impact animal farming has on our planet is something Attenborough has recognized himself. In 2020, the veteran broadcaster released a film titled A Life On Our Planet, which called upon the public to move away from meat.

The documentary covers the period of Attenborough’s life up until that point, outlining the defining moments, and highlighting how the environment has been damaged during that time.

“We must change our diet. The true tragedy of our time is still unfolding – the loss of biodiversity,” Attenborough, now 96, says in the film. “Half of fertile land on Earth is now farmland, 70 percent of birds are domestic, majority chickens. There’s little left for the world. We have completely destroyed it.”

He continued: “By 2080 global food production enters crisis, soils overused, weather more unpredictable… a sixth mass extinction is well under way. Our garden of Eden will be lost. I wish I wasn’t involved in this struggle. I wish I wasn’t there.”

In an interview with Radio Times magazine, he expanded on this point: “Human beings have overrun the Earth. We have completely destroyed that world.

“The planet can’t support billions of meat-eaters. If we all ate only plants, we’d need only half the land we use at the moment.”

This wasn’t the first time he spoke about the perils of meat. Attenborough previously branded our mass consumption of animals a “blind assault on the planet.”

So, is David Attenborough vegan?

Despite being an outspoken critic of meat’s impact on the planet, Attenborough does not appear to follow a vegan or vegetarian diet.

He has previously stated, however, that he has ditched red meat.

In an interview with the BBC, he said: “I no longer have the same appetite for meat. Why? I’m not sure.

“I think subconsciously maybe it’s because of the state of the planet. Although, I’ve never really been one for eating enormous meals and I’m not particularly a gourmet either, so I can’t pretend that I’m feeling deprived in any way or that it’s cost me all that much.”

He added: “I’m not claiming any moral virtue at this point — I’m just saying I don’t want to eat any red meat anymore.”

The broadcaster has admitted that, while he recommends people stop eating meat, he is a hypocrite for not doing so himself.

In the Radio Times interview, he explained: “I eat fish, and chicken, and my conscience does trouble me. I’m affluent enough to afford free range, but it’s a middle-class hypocrisy.”

In 2020, writing about Attenborough’s meat-eating, The Times said: “Even national treasures sometimes struggle to practice what they preach.”

His unwillingness to lead by example when it comes to his diet hit headlines again in 2022 after a marine biologist attempted to confront him while he dined at a luxury seafood restaurant.

Emma Smart, a supporter of Animal Rebellion, was reportedly “dragged” out of Catch at the Old Fish Market in Weymouth on November 17. She was urging Attenborough to use his platform to call for food system change.

“We don’t need another documentary series showing us that we are losing, some 150 species going extinct globally every single day. What we need is action,” Smart said in a statement. “Sir David is in a unique position to tell the truth about the biodiversity crisis. He has the chance to leave a legacy of love, care, and of being the forerunner of a better world.”

This article was originally published on October 14, 2020. It was last updated on December 5, 2022 to include further information about Attenborough and his comments on meat.

The post David Attenborough Says The World Eats Too Much Meat – So Is He Vegan? appeared first on Plant Based News.