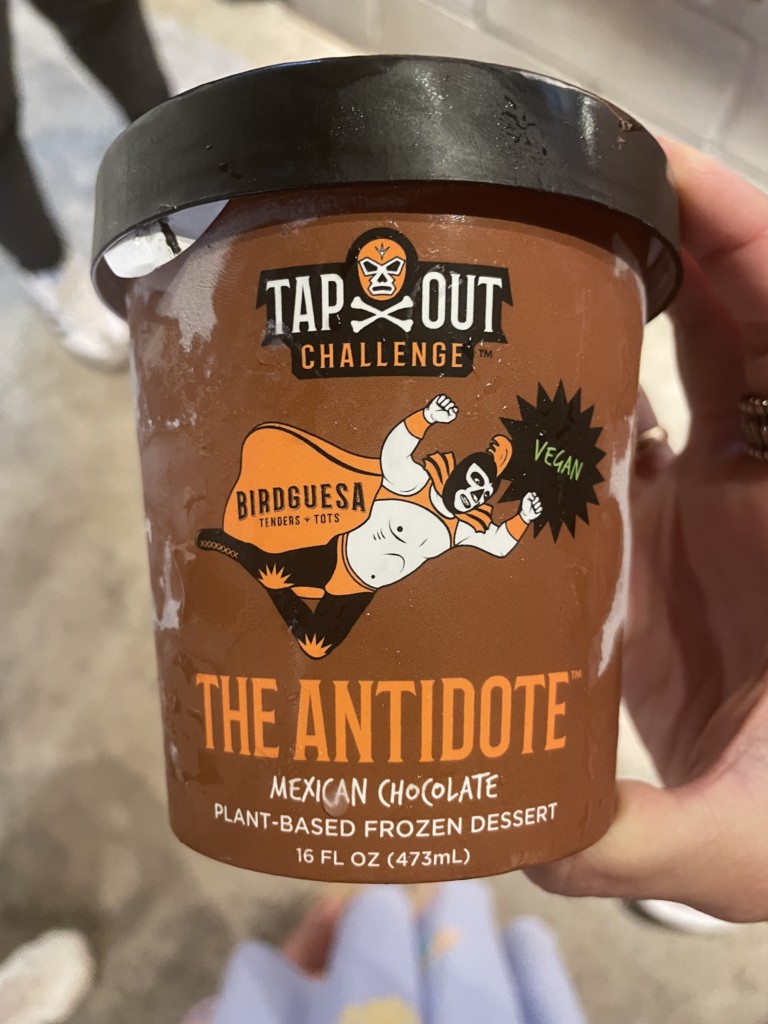 There’s no doubt that vegan chicken has taken over, with @atlas.monroe‘s iconic gluten-based EXTRA crispy fried chick’n at the top of the list! A new restaurant in Downtown Dallas can now say they’re riding the wave of the V-Chicken Craze!

“We have a ‘tender and tot’ concept and wanted to ensure there were vegan options within that category. We even created a creamy ranch sauce and non-dairy ice cream for our guests as well”, states CEO of Birdguesa Jeff Sinelli. It’s hard work to have these options, you have to be committed to it and as a company, we are committed.

“We see ourselves as ‘Plant-forward’. We even made sure that our vegan products are not stored anywhere near the non-vegan options in the restaurant. We train our staff to fry the vegan chicken and tater tots in a separate fryer to ensure it is all meat-free”.

If that wasn’t enough for the Dallasites, Birdguesa also offers a TAPOUT challenge that packs quite a spicy punch!

Using the infamous @atlas.monroe vegan chicken, @birdguesa has created a next level spice range that they dubbed “TAPOUT”. This sauce is beyond Carolina reapers and ghost peppers.

For the “Spicy Vegans” who enjoy a little mouth-scorch, you might just need to book a flight to Dallas, TX to get your fix!

The challenge is comprised of the @atlas.monroe chicken coated in @birdguesa’s TAPOUT sauce, covered in TAPOUT dust + TAPOUT Oil on a brioche bun (yes, all vegan friendly, of course).

If you need a little more incentive to do the challenge, Birdguesa rewards you with a pint of their “Antidote” Mexican Chocolate ice cream! It’s an oat and coconut-based, all plant-based chocolate ice cream that is oh-so creamy and a new, exciting addition to the @birdguesa menu!

Y’all, Texas is going vegan little by little and Birdguesa definitely made their place on the Vegan Foodie’s Bucket List!