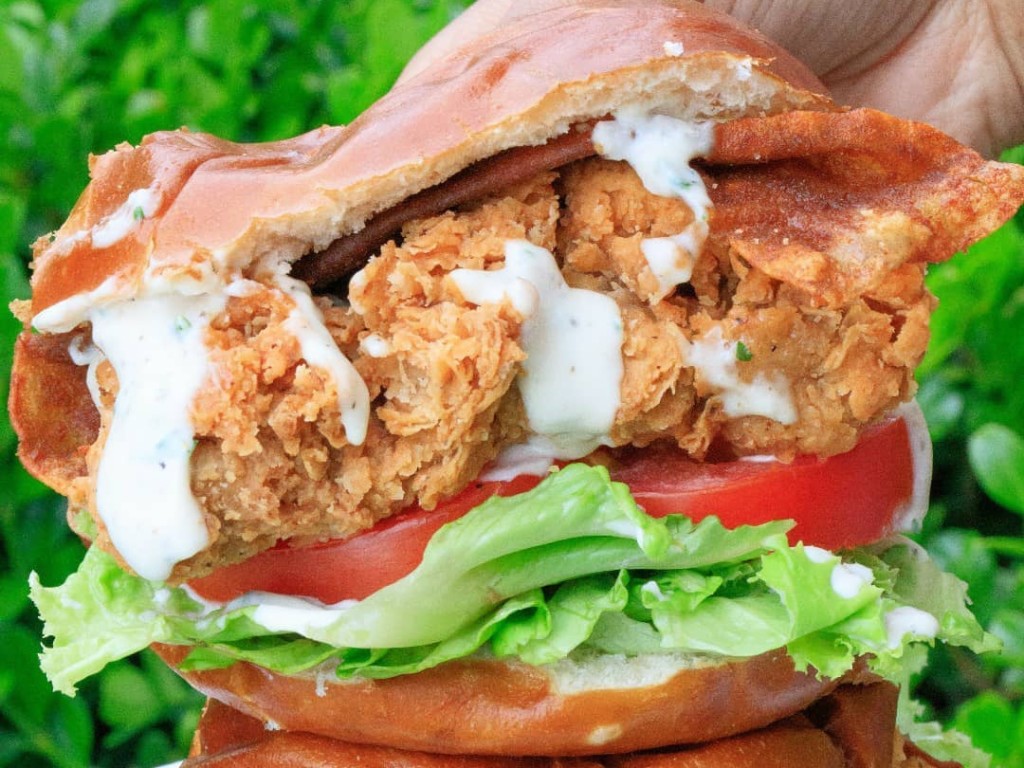 Atlas Monroe’s plant-based fried chicken is now a permanent menu offering at Copper Branch restaurants, just over a month after launching as a limited-time item.

The Nashville Vegan Fried Chicken Sandwich is currently available at Copper Branch’s 40+ US and Canada locations, where the crispy spiced sandwich has seen huge success since its early January debut, reports VegNews. The fervent demand prompted Copper Branch, North America’s largest plant-based chain, to make the sandwich a fixture on its US menus, followed by all Canadian locations.

The restaurant chain and Atlas Monroe first collaborated as part of Vegan Women Summit’s pitch competition, which offered a Copper Branch food-service contract to innovative woman business founders. Out of hundreds of entrants, the winning prize was awarded to Deborah Torres, founder and CEO of Atlas Monroe, for her signature, extra-crispy vegan fried chicken.

“When we launched our search to find the next great plant-based product with Copper Branch, it was important to us to not only find an incredible product, but to find an incredible founder, too. When Deborah applied with Atlas Monroe, we knew we had found the perfect match,” Jennifer Stojkovic, Vegan Women Summit’s founder, told VegNews.

With the Copper Branch partnership, Torres said vegans can now indulge in fried chicken without fears of cross-contamination, and she continues to be proud of her product’s incredible success.

Torres told VegNews: “This is also especially newsworthy in the vegan community because we are the first Black and woman-owned company to be carried at an international all-vegan chain and we couldn’t be prouder of how far we have come.”