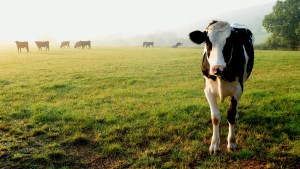 China has renewed a ban on British beef imports due to an outbreak of bovine spongiform encephalopathy (BSE), aka mad cow disease.

Following the case, reported on a Somerset farm last month, China reinstated the ban which it first put in place in the 1990s.

This took effect on September 29, according to a statement by the General Administration of Customs, Reuters reports.

It’s come three years after the country agreed to lift the ban on British beef.

The ban first came into place two decades ago when the UK was hit by a wave of BSE, which resulted in the deaths of 177 people and the slaughter of over four million cows.

Since the recent Somerset outbreak, an investigation has been launched in order to ascertain where the infection came from. The affected cow has reportedly died.

Chief veterinary officer Christine Middlemiss told the BBC that the risk is ‘controlled’. And, that there is ‘no risk’ to public health.

Middlemiss added: “We recognize this will be a traumatic time for the farmer. And we are on hand to offer advice through this difficult period.”

PETA director Elisa Allen told PBN: “Mad cow disease is serious because it is fatal to cows and humans alike. But, it is only one of many grave threats to public health posed by the meat industry.

“And meat production contributes significantly to climate change. “Everyone should eat as if their life depends on it – because it does.”