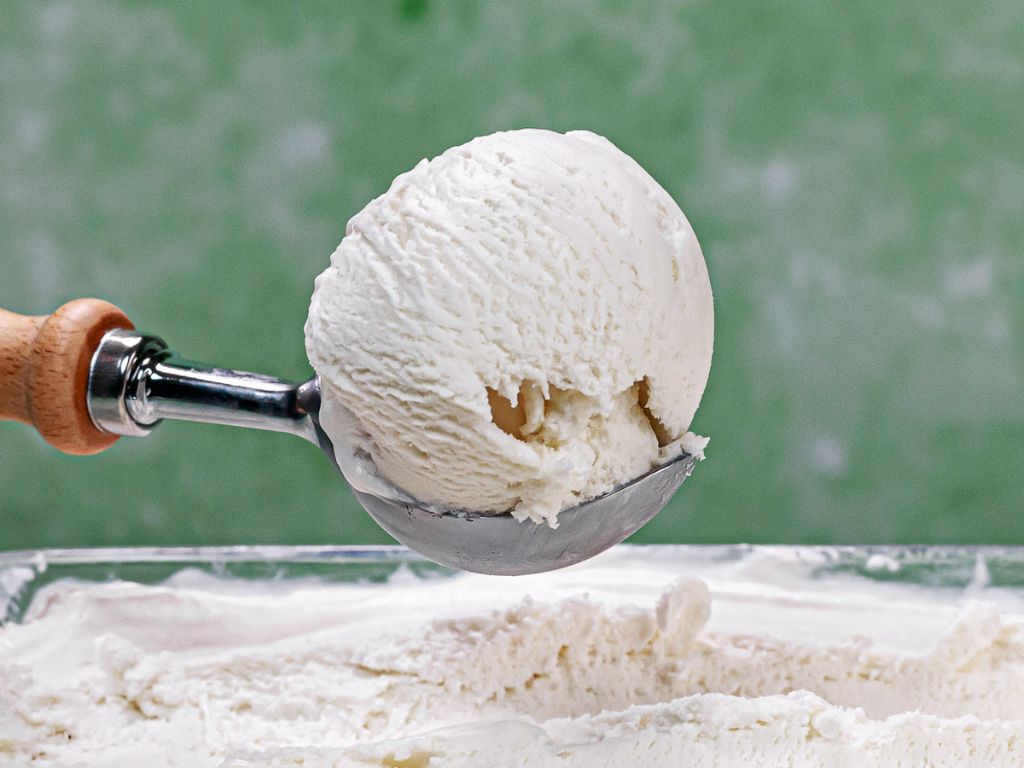 Israel-based ChickP Protein, Ltd., says it has created a tasty and additive-free dairy-free ice cream made from chickpea protein isolate.

ChickP’s vegan ice cream follows the debut of a chickpea creamer prototype launched over the summer and an $8 million Series A funding round in January.

“Our ChickP Isolate ingredient answers consumers’ growing demand for vegan products with a dairy-like experience,” Liat Lachish Levy, CEO of ChickP, said in a statement. “Consumers, especially flexitarians, have become much pickier when choosing a frozen indulgence and will not compromise on flavor or mouthfeel. Our biggest challenge was to develop a solution that would appeal to broader populations, to give the consumer the full sensory experience of real dairy ice cream. When we started the project, the goal was to create a non-dairy ice cream that tastes, looks, and feels like the real thing.”

Vaniglia emphasizes traditional ice cream-making methods including the use of fresh produce, natural ingredients, and eschewing artificial colors and preservatives.

“As an expert in ice-cream creation, ChickP plant-based ice cream succeeded in surprising even me,” said Assaf Blank, Vaniglia CEO. “It has a truly creamy and rich texture similar to dairy ice cream.”

Creating dairy-free ice cream is highly challenging, according to Chickpea. It’s why many products contain a list of additives, such as guar gum, cellulose, derivatives, and modified starches. “Our protein has an important role in stabilizing the ice cream and creating the desired smooth texture,” explains Maor Dahan, application manager for ChickP. “During development, we removed various stabilizers one by one and, surprisingly, it did not affect the product’s shelf life, and it even improved the scoopability of the product. This allows a shorter, cleaner ingredient list.”

The chickpea protein isolate used for the ice cream allows for emulsion stability. It also prevents icing and crystallization, and offers an ideal melting profile. The company says these are key parameters for maintaining a frozen dessert’s indulgent properties. The protein also delivers “exceptional whipping capabilities,” the company says.

“Our ChickP protein portfolio is highly functional and versatile and can even allow for the creation of a mascarpone-like texture in a plant-based ice cream,” said Dahan. “We were able to imitate the exact rich, uniquely creamy taste and texture of mascarpone. Chickpeas are not listed as allergens and our products are non-GMO, making them an ideal choice for replacing dairy proteins.”

“The unique functionality of the ChickP isolate, as demonstrated in ice cream, can also be used for other applications in the non-dairy categories, such as firm and cream cheeses as well as yogurts, which typically require stabilizers,” said Lachish Levy.

There’s also growing demand for chickpeas. No longer just an ingredient in falafel or hummus, the garbanzo bean is making its way into a number of dishes and products including the Leonardo DiCaprio-backed Hippeas chickpea-based chips and puff snacks. In the Smart Protein survey, more than 40 percent of flexitarians said they would like to see chickpeas as the main ingredient in more plant-based foods.