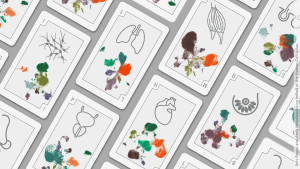 Because the new views are so comprehensive, they show how transcriptional features are shared (or not) among tissues of different types, helping scientists understand how transcriptional patterns relate to organ function. Moreover, the new views will help scientists understand once obscure disease mechanisms and develop new therapeutics. Scientists may gain new perspectives on common and rare diseases, vaccine development, antitumor immunology, and regenerative medicine.

The four studies, which advance the work of the Human Cell Atlas (HCA) consortium, appeared May 12 in Science. Their titles are:

The four papers were accompanied by a perspective article, “Mapping cell types across human tissues.” This article, by Peking University’s Zedao Liu and Zemin Zhang, states that the studies reveal tissue-agnostic and tissue-specific cell features, identify rare cell types, and provide insights into cell states that are likely to underlie disease pathogenesis.

“These pan-tissue human cell atlases form important reference datasets for understanding and predicting the side effects and safety issues of new medicines,” Liu and Zhang noted. “Collectively, these pan-tissue studies bring us closer to building a comprehensive human single-cell atlas.”

In the first study, the Tabula Sapiens Consortium delivers a particularly broad cell atlas that provides a molecular definition of more than 400 cell types across 24 organs. They call this reference the “Tabula Sapiens” dataset. To assemble it, the authors used scRNA-seq on nearly 500,000 live cells, including epithelial, endothelial, stromal, and immune cells, collected from multiple tissues from individual donors.

The ability to analyze several tissues from single donors allowed for cross-tissue comparisons controlled for genetic background, age, environmental exposure, and epigenetic effects. Using the Tabula Sapiens dataset, the authors discovered several new insights into human cellular biology, including how the same gene can be spliced differently into different cell types and how clones of immune cells can be shared across tissues.

In the second study, Gökcen Eraslan et al. optimized single-nucleus RNA sequencing (snRNA-seq) to overcome the challenge of using frozen cells. They applied this technique to frozen samples from 8 healthy human organs from 16 donors and compiled a cross-tissue atlas of more than 200,000 nuclei profiles. Eraslan et al. used machine learning to associate cells in the atlas with thousands of single-gene diseases and complex genetic diseases and traits to discover cell types and gene programs that could be involved in disease.

In the third study, Dominquez Conde et al. used scRNA-seq to survey innate and adaptive immune cells from 16 tissues across 12 adult donors, resulting in gene expression profiles for more than 300,000 cells. They developed a machine learning tool called “CellTypist” to aid in cell type annotation. The approach allowed the authors to identify nearly 101 immune cell types or states from more than one million cells, including previously underappreciated cell states.

In the fourth study, Suo et al. used scRNA-seq, antigen-receptor sequencing and spatial transcriptomics of 9 prenatal tissues to generate a single-cell and spatial atlas of the developing immune system across gestation stages. The findings, which move beyond those from studies focused on one or a few organs in the developing immune system, reveal that blood and immune cell development occurs across many peripheral tissues, not just in primary hemopoietic organs.

The publication of the four papers was heralded by a flurry of press announcements. Several of these announcements shared statements offered by the scientists who contributed to the comprehensive mapping effort.

“If we read enough RNA fragments, it’s like having a high-resolution telescope that can see in 25,000 dimensions,” said Bob Jones, a senior research engineer in the Department of Bioengineering at Stanford and member of the Tabula Sapiens Consortium. “It’s incredible detail.”

Tabula Sapiens uniquely includes an analysis of the products of alternative splicing, a cellular process through which differing RNA transcripts can arise from a single gene, leading to numerous protein variants. “Because multiple RNA transcripts can come from each of our 25,000 genes, it becomes very difficult to functionally characterize every single gene and what it can code in the ‘wet lab,’” said Tabula Sapiens Consortium member Julia Salzman, associate professor of biomedical data science and of biochemistry at Stanford. “This kind of research cannot be experimentally driven—it has to be data driven.”

“These studies represent a key moment for single-cell research and the Human Cell Atlas,” said Aviv Regev, co-senior author of the second study. (She was a core institute member at the Broad when the study began and is currently head of Genentech Research and Early Development.) “In our study, we’ve shown that this approach can generate crucial insights about the role of cells and tissues in many diseases, which will spark new scientific and biomedical inquiries aimed at a shared goal of revolutionizing medicine.”