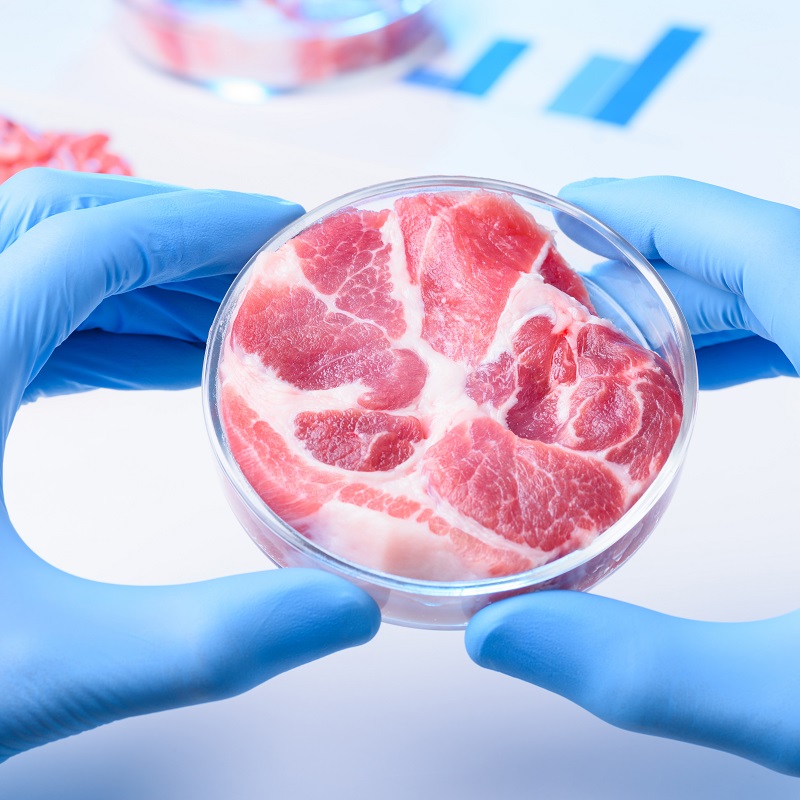 Cell-cultured meat could become available in grocery stores within the next five years, according to one expert.

Dr. Simon Somogyi is the director of Longo’s Food Retail Laboratory and Arrell Chair in the business of food at the University of Guelph.

‘Workable in the marketplace’

In an interview with Sudbury, he said: “When it comes to cellular-based meat, it’s very basic meat that we’re talking about. Something that would compete with ground beef for example. “At this point in time… It’s not possible to make a steak that has a bone attached to it, because that’s a little more complicated. And, the texture of steak is different from ground beef which is very much minced stuff.” He added that advancements in technology mean other cell-cultured seafood could become available in retailers in the next decade. Dr. Somogyi then concluded: “The issue they face is that for that product to be workable in the marketplace, it has to be produced at a certain cost of production, that’s competitive for the marketplace for the substitute which is animal meat.”

The future of cell-cultured meat

Moreover, researchers have predicted a staggering 60 percent of the meat consumed in 2040 will not come from dead animals. The report was published by global consultancy AT Kearney. It says 35 percent of meat will be cell-cultured and 25 percent will be vegan alternatives. These predictions were based on interviews with experts, who cited environmental impact and animal welfare concerns as reasons behind the growing interest in alternative protein. “The large-scale livestock industry is viewed by many as an unnecessary evil,” the report says. “With the advantages of novel vegan meat replacements and cultured meat over conventionally produced meat… It’s only a matter of time before they capture a substantial market share.” The post Cell-Cultured Meat Could Hit Grocery Stores In Next 5 Years, Predicts Expert appeared first on Plant Based News. meat seafood beef protein plant based cultured cell-cultured cellular