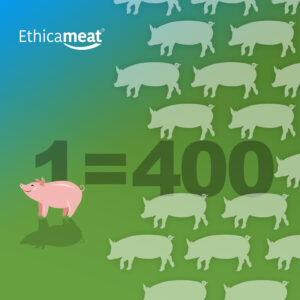 More and more kitchen professionals from different parts of the world are experimenting with cell culture products already on the market such as ‘meat’ from vegetables or fish that does not involve sacrifice. A door to new textures and flavors that already attracts the interest of even Michelin-starred references in Spanish gastronomy. We invite you to learn “what’s cooking” in the most innovative kitchens!

Alternative protein foods are gaining ground in the proposals of famous chefs who are daring enough to offer 100% plant-based menus to surprise their guests. Innovation and haute cuisine have always got along well, so this should be no exception…

Food trends are highly considered in the international gastronomy field, since, in some way, the evolution of cuisine must not only walk in parallel to the demand and needs of consumers but ahead in many occasions. Gluten-free dishes, vegan proposals, or for raw-vegetarians, sugar-free desserts… In this sense, the concern for moderating the consumption of products of animal origin is growing and more and more consumers are questioning whether it is necessary to eat so much meat and fish to have a balanced diet.

Matthew Kenney is one of the pioneers of plant-based cooking and a true champion of the ‘raw food’ or food trend that bets on the least cooked food possible. Kenney is often involved in documentaries that raise new questions about the global food supply, its impact on the environment, and the necessary change in the animal industry. His conceptual menu Folia based on plants has been one of the novel bets of the Four Seasons Dubai Hotel, in the United Arab Emirates, by the hand of the local investor Khaled bin Alwaleed, who is also very involved in alternative proteins and the startups of cellular agriculture in Silicon Valley.

Another exponent of the ‘planted based’ trend is the veteran chef Ron De Santis. A graduate of the Culinary Institute of America, De Santis has cooked for the White House diplomatic corps and served as director of Culinary Excellence at Yale University. He is currently the culinary director of a Missouri-based company specializing in plant-based beef, pork, chicken, crab, and Italian sausage. His work consists of transforming conventional dishes into vegetable ‘meat’ dishes, which the chef qualifies as “great quality” due to their natural flavor, attractive texture, and healthy profile.

Without having to travel so far, the Spanish Michelin starred chef Jordi Esteve recognizes a “special attraction for challenges”, which is why, on the occasion of the celebration of Environment Week 2020, he prepared a plant-based menu made up of four dishes and a dessert in his ‘Nectari’ restaurant in Barcelona. Fingers, Mexican taco, cannelloni gratin, paella, and stuffed éclair to close the circle were the protagonists of his letter with an environmental wink. He made it from the product of a Catalan company that imitates the taste and texture of chicken but whose main component is soy. Esteve admits that the exploration of soy protein has been “a whole process of discovering the great potential in the mouth and firm textures that allow a thousand recipes to be made”.

Concerning products based on fish cells, which are intended to help curb the overexploitation of the oceans, we must mention the American chef Gerard Viverito. He has become a gastronomic advisor to a company based in San Diego (USA) that works with this type of marine cell culture. The chef has already done several show cookings in which he has prepared everything from appetizers to soups and main dishes such as fish tacos, seafood pudding, poke, or ceviche. Viverito says he is “excited” to cook with a cell-based product like tuna tail that “represents sustainability and support for biodiversity in a new way. Another advantage he points out is that you don’t have to worry about fish bones, scales, or having to throw away unused parts of the fish.

The truth is, who thought decades ago that seaweed could reach the table? Well, the ‘chef of the sea’ Angel Leon bet hard for it and its restaurant Aponiente, in Cadiz, is now an icon of haute cuisine thanks, among other things, its famous pure plankton rice with aioli.

One of the objectives of Ethicameat’s cultured meat is to contribute to expanding the choices of a menu that is highly committed to the environment and animal welfare. In this sense, it is worth remembering that from the cells extracted during a year from a single pig -without the need to resort to slaughter-, the same amount of meat can be produced as that obtained from 400 animals in the traditional model that involves their slaughter. The raw material is already on its way. Once the cultivated meat is ready for consumption, it will be the masters of the kitchen of the future who will surprise us with the most exquisite recipes.