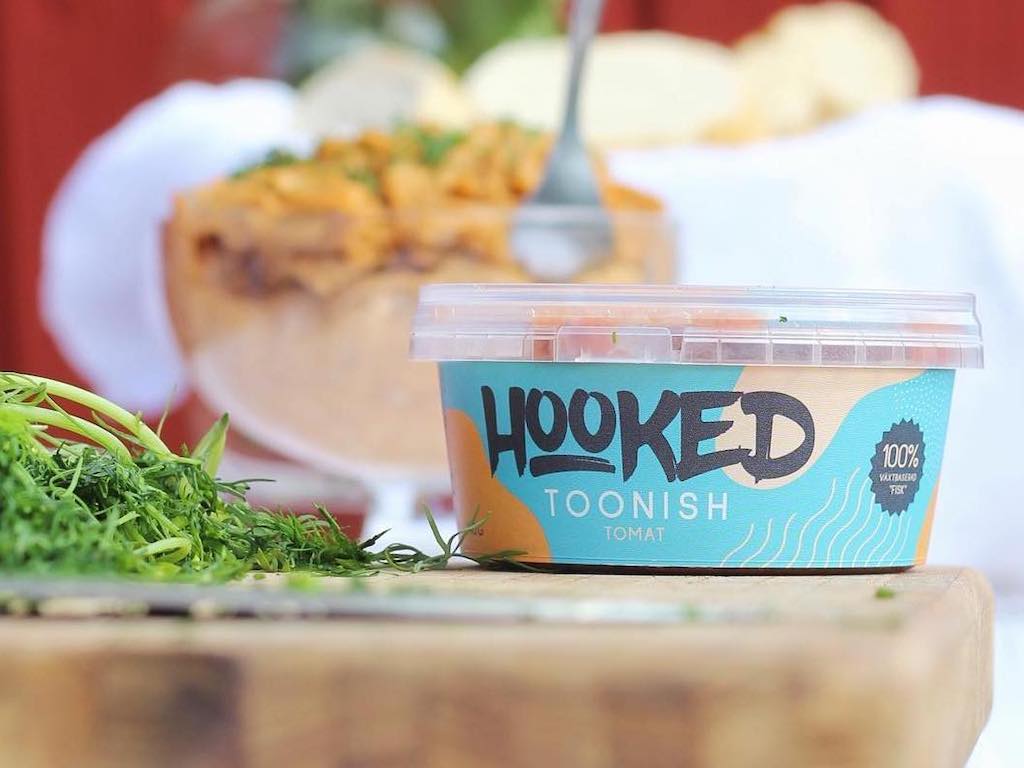 With more than €4.2 million raised to date, Swedish vegan seafood company Hooked Foods is now raising €10 million in a Series A that it says will help it expand its reach across European markets.

“We are one of the very few plant-based seafood companies that has launched products on the wider market that actually has customer listing momentum with a proven good rotation out of store ones we get the distribution,” Hooked co-founder and CEO Tom Johansson told Green Queen via email.

That experience is driving the brand’s success; already its plant-based seafood products Toonish and Salmoonish as well as Fish Sticks, are now available in more than 75 percent of Swedish retailers.

But as the demand for vegan seafood rises across the globe, the company is now poised to expand its reach across Europe and increase its offering.

“I am very happy to have seen the development we have had in Sweden,” Johansson said. “It is not easy to be the first-movers building a new category such as plant-based seafood, but we have experimented, dared to try, fail fast and found a way to activate our products and the category in an effective way with our customers.”

“Now we have a top performing rotation out of store in line with much bigger and more established brands such as Quorn and Oumph! in Sweden and we are now ready to bring our products to more markets.”

The global plant-based seafood market is expected to see a CAGR of 30.4 percent through 2027 with a global market valuation of $1.3 billion expected by 2031.

“To lead and build a new category requires a lot and we have been able to achieve this performance by a combination of innovative products and an attractive brand,” Johansson says.

“We have always been radically focusing on working with scalable recipes and technology, so now when we have nailed the proof of concept in Sweden, we are more than ready to enter new markets and scale our impact for a healthier ocean.”