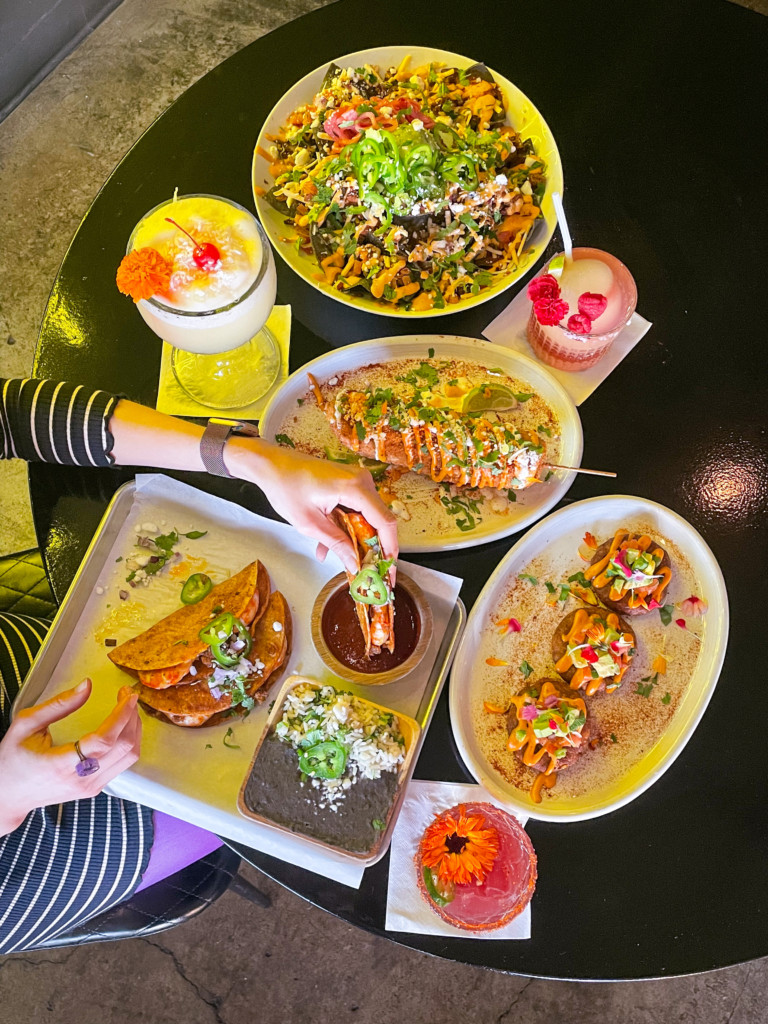 Casa Del Vegano is based in Oak Cliff, Dallas, Texas, owned by Anthony Bookman and Elizabeth Anderson, established in February 2021.

Sparking from a love of Tex Mex, Anthony Bookman and Elizabeth Anderson took their favorite cuisines, a happy marriage of Mexican and South American dishes, with some of the American influences. Their All-Star dish is their Sour Cream and “Chicken” Enchiladas. Even though Elizabeth, the Chef of the couple, never ate this dish with chicken, she loves the sour cream sauce and would eat it with beans, which you can order off the menu any time!

Elizabeth, the culinary scientist behind Casa Del Vegano, designed the menu to fill the void and enrich the lives of people who are plant-based and for those who never thought plant-based could be just as good (if not better) than eating meat.

Casa Del Vegano is the latest edition of the couple’s vegan escapades. They opened their first restaurant together, Vegan Food House, also located in Oak Cliff, in 2019. As the finance wizard behind the scenes, Anthony Bookman used his background in fundraising for financial institutions to fuel the restaurant’s success.

With the rise of veganism, as many Americans are reducing or fully eliminating their meat and dairy intake, the need for more vegan restaurants is there. To answer that need, Casa Del Vegano aims to make vegan food mainstream.

“We love the same things we always loved minus the animal cruelty”, states Elizabeth Anderson.

With a super fresh menu served every day, the couple creates about 70% of their menu in-house daily. When you come in, you will certainly taste the freshness.

Some of the crowd favorites on the Casa Del Vegano menu are their loaded nachos, topped with their in-house-made queso, smoked + seasoned vegan meats, as well as their especially fancy sandwiches. One of the common feedback from their current clientele is how big the portions are!

Alongside the large plates, Casa Del Vegano rocks a full bar and cocktail menu with picturesque drinks including Pina Coladas and Margaritas with colorful flowers atop each glass. They even have Happy Hours that you’ll want to take advantage of, including $5 frozen margaritas!

“We make extremely flavorful food”, states Elizabeth Anderson. “We want to shock your tastebuds. We also want you to feel like the experience is money well spent.”

With many repeat customers and about 40% of their guests not already claiming a vegan lifestyle, Casa Del Vegano is on its way to making veganism mainstream by saving lives every day with each plate.