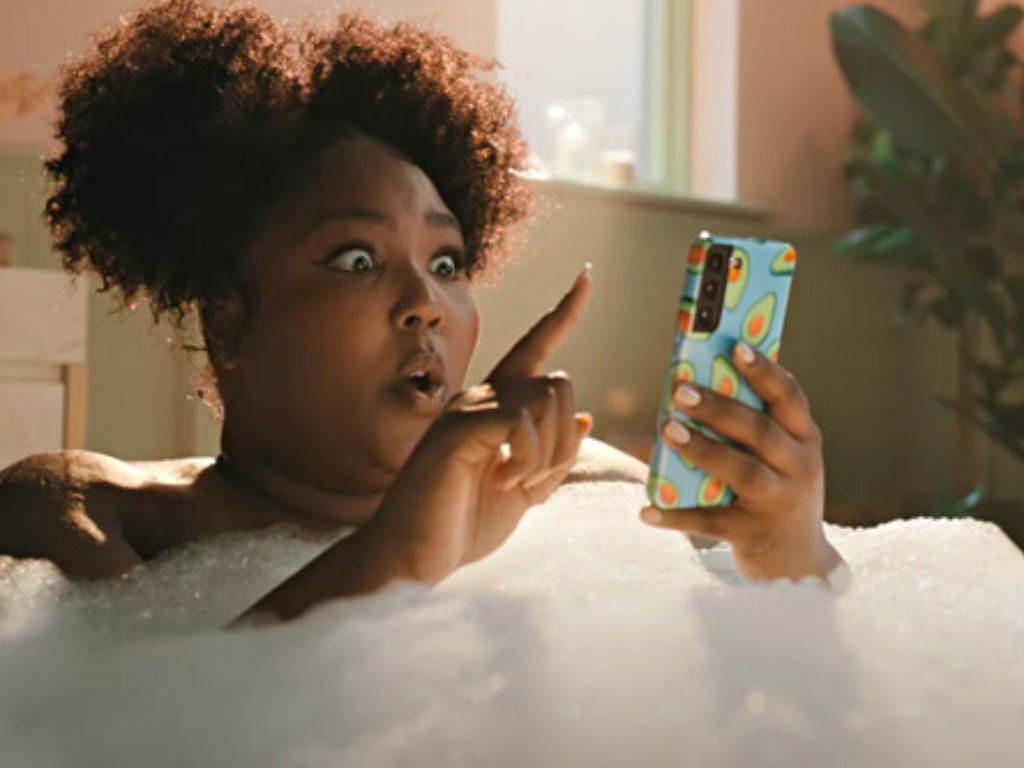 Instacart has tapped the 2 Be Loved (Am I Ready) singer Lizzo for its newest campaign, Carts—the in-app shopping experience that lets shoppers browse and shop collections curated by celebrities, retailers, and influencers. But the singer brings more than just a list of favorites—she also brings a lesson about body image and body positivity.

The World Is Your Cart

“People will see me shopping and imagining what each item could lead to. From a desertscape of Takis—which are always in my cart—to a rain shower of cherries. I’m also excited to share my shoppable Cart, which includes many of my favorite things,” the Juice singer said in a statement.”I hope that my Cart inspires people to get all the stuff they love or maybe even try something different,” she said.

Lizzo has taken her love for food to social media, cooking up vegan dishes like fried oyster mushrooms on TikTok and touting her favorite foods on Instagram. She went vegan in 2020, and even detoxed on a fully raw vegan diet.

“Being raw has a lot of internal benefits,” Lizzo said in her Instagram Stories. She called out nutrition for being too focused on “exterior” details—how a diet will make you look. “Those [internal benefits] are the ones that are important to me,” she said. “[Being raw] boosts your immune system [and] it gives your digestive system a break. And it just boosts your energy.”

The singer has helped to debunk myths that a vegan diet is an eating disorder and that all vegans are unnaturally thin. She’s been vocal about her body size, frequently speaking candidly about her size and insecurities. She has publicly and privately battled critics, especially as the singer frequently bares all that’s legally allowed on the platforms—as well as her own negative thoughts about her size.

“I came home and I took my clothes off to take a shower and I just started having all of these really negative thoughts about myself,” Lizzo said in a 2020 TikTok video. “Like, you know, ‘What’s wrong with me? Maybe everything, [and] all the mean things people say about me are true.’ And, you know, ‘Why am I so disgusting?’ And [I was] hating my body,” she said.

“Normally, I would have some positive thing to say to get me out of this, but I don’t, and that’s ok too. I think these are normal [thoughts and feelings] and they happen to everybody, they happen to the best of us.”

The singer recently appeared at the VMAs in an haute-couture design by Glenn Martens for the Jean Paul Gaultier Spring 2022 collection.

“The carpet dress I have been drooling over since it showed [in January],” stylist Brett Alan Nelson told The Hollywood Reporter. “It was a major risk, because both Lizzo and I knew, with the trolls of the internet, the look could be judged in a bad light. But neither of us cared, because it was couture, baby, off the runway. I live for the absurdity of fashion, and that is what we gave: grunge and a bit of rock ‘n’ roll, but glam, glam, glam.”

The Instacart ad premiered during the awards ceremony—it features Lizzo in a bubble bath.

“I don’t really do partnerships that often, especially big ads like this. Normally you hear my music, but you don’t really see me,” Lizzo told BET.

“I’m excited to show this side of myself.”

The post Can Lizzo Get Us to Eat Healthier and Forget About Body Image at the Same Time? appeared first on Green Queen.