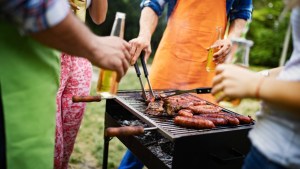 A marketing strategy implemented by a butchers shop in Edinburgh in the UK has raised eyebrows, with some branding it as “ignorant.”

W.M Christie, a family butchers established in 1889, placed a chalkboard sign in its store in Bruntsfield that took aim at vegetarians.

An amused shopper posted a photo of the sign online, causing a stir among animal rights advocates.

“Jeez, the ignorance is astonishing. Plants are not sentient and exist in synergy with humans and animals as a food source,” Kevin Thomson commented, per Edinburgh Live.

“You just can’t say I murdered a carrot. People will cling to all sorts of nonsense to justify murdering animals… animals that have exactly the same fundamental wishes as us – to be happy, safe, and free from suffering.”

Other social media users pointed out that animals bred for human consumption also require the “killing” of crops.

Willie Christie, who runs the butchers alongside his brother, defended the advertisement. “As it’s Veganuary, isn’t it fitting it could be Meatanuary too? It wasn’t malicious in any way, just a simple joke and banter,” he said to Edinburgh Live.

“People have taken it wrongly. we are surrounded with people telling us to go vegan and vegetarian, yet my business is a butchers. We sell meat and I’m promoting my business.

“Everyone is entitled to their own opinion and I respect that, I’m just expressing mine. And it seems to have worked, given the attention my butchers has now received.”

W.M Christie isn’t the only meat-centered company poking fun at the Veganuary campaign – the month-long pledge to go vegan for January.

This month, a coalition of animal agriculturalists are pushing their own take on Veganuary. The Regenuary campaign encourages shoppers to seek out meat and dairy produced by regenerative farming methods.

The campaign notes that vegans and vegetarians can still participate by being more mindful about where their food is sourced. However, the Ethical Butcher website notes that Regenuary was launched as “a response to Veganuary,” and was borne out of “frustration” at the “misleading messages around veganism and its effect on the environment.”

Tangentially, in November, an anti-vegan lifestyle brand launched to allow meat-eaters to declare they are “proud to not be a vegan.”

The company sells tongue-in-cheek merchandise, such as mugs with the statement: “Doubled my meat intake to cancel out someone who turned vegan.”

“We’re here to stand up for the vast majority of people who eat meat,” the brand, called Not Vegan Friendly, says on its website.

“If you’ll excuse the pun, but a lot of people are fed up with vegans ramming their beliefs down our throats so it’s time to speak out in favour of our different and perfectly valid choice to eat meat.”Butchers Encourages Shoppers To ‘End The Violence’ Against Plants By Eating Meat

The post Butchers Encourages Shoppers To ‘End The Violence’ Against Plants By Eating Meat appeared first on Plant Based News.