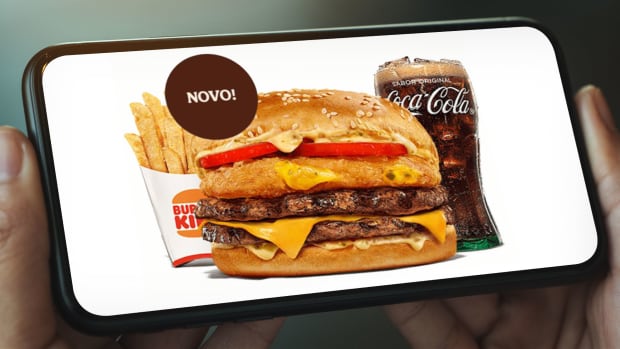 When a fast-food company is in doubt about where to go next, there is always the "take something popular and throw it in a deep fryer" option.

Deep-fried Twinkies and Oreos have long been a county fair legend while Burger King's 2016 take on deep-fried mac-and-cheese is still being replicated by chains around the globe.

The Jalapeño Cheddar Bites are particularly popular in many of Burger King's European franchises. In Portugal, they are called the Chili Cheese Bites and are one of the chain's most popular sides.

This week, Burger King's Portuguese branch announced that it is adding a burger with a chili cheese patty to its menus. An additional patty filled with the same cheese-and-jalapeño filling can now be added to one of Burger King's regular Whoppers, chicken sandwiches or plant-based burgers.

It is, naturally, bigger and shaped differently (a patty versus bite-sized nuggets) from the original product.

"Dreaming big is identifying those who want to eat your favorite Chili Cheese with you," Burger King Portugal wrote in an Instagram post showing off the new menu item and encouraging followers to tag someone who is interested in trying it.

While it is too early to see how such a calorie-rich sandwich will be received by its Portuguese fans, many of the comments on the original Instagram post come from Chili Cheese Bite lovers who are very interested in trying it.

While an extra patty of something deep fried takes what is an already indulgent burger into a new category, these types of promotions serve a dual function of generating internet attention and attracting those whose curiosity gets the best of them.

The chain wants its customers, particularly younger and more tech-savvy ones, to react and reshare photos of the product on social media. Whether they do it because they truly want to try it or to say "can you believe Burger King made this?" is almost irrelevant. Every reshare helps generate internet buzz and ultimately do the chain's marketing for it.

True to form, Burger King Portugal's Instagram post is full of users tagging their friends and asking whether they would try such a calorie-heavy concoction.

Even if they achieve the goal of internet virality, most such products ultimately get pushed out with newer and more trend-relevant items. Holidays, films and shows or even general cultural trends also present chains with a valuable marketing opportunity.

The Best Ideas For You To Build Wealth

A members-only investing club that helps you grow your portfolio with real-time trade alerts, analysis of major market events, and key opportunities.

Meant to shock more than to draw in sales, the ultra-calorie-heavy items only rarely become staples on the chain's regular menus.