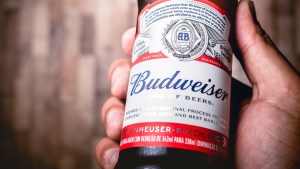 Here, it will use leftover barley from the beer-making process to create other protein products in partnership with EverGrain.

While barley itself is relatively lacking in protein, at around ten percent, when it is used to brew beer, the leftover sees a far richer yield.

Operations have been ongoing this year, but it’s hoped that recent investment can propel production.

According to further recent reports, Anheuser-Busch InBev is also working with BioBrew, a start-up that uses precision fermentation to produce alternative protein products.

Anheuser-Busch InBev has become a backer of EverGrain, and hopes the upcycling of barley can become a key ingredient in food across the world.

Take Two is a brand already utilizing EverGrain’s products. The company uses waste “spent” grain to create its barley milk and claims to be the ‘first’ to do so.

Additionally, further upcycling of brewing products can be used to create vegan eggs too.

The post Budweiser Makers To Upcycle Barley For Alternative Protein appeared first on Plant Based News.