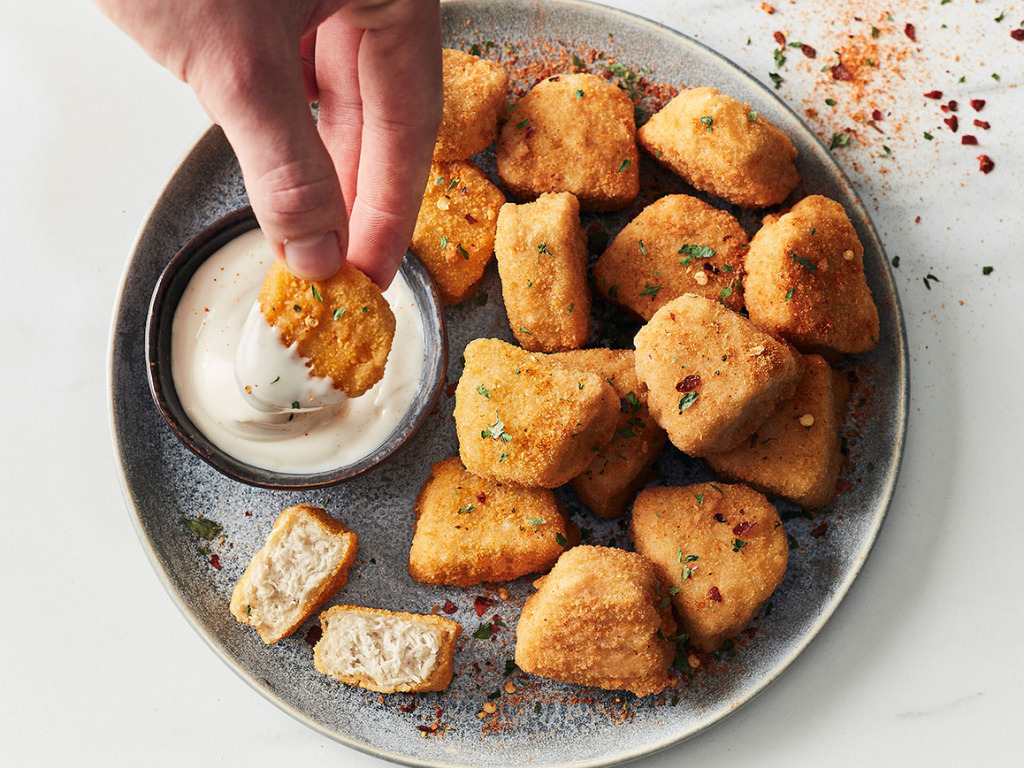 British brand The No Meat Company has conducted a survey of 2,000 U.K. adults to gauge attitudes around plant-based meat. The key takeaway was that 46 percent of the participants had previously harboured disinterest in ‘different’ foods, but were pleasantly surprised when they tried them; 48 percent of those asked stated that they didn’t consider a meal complete unless it contained meat, while 38 percent cited doubts about ever eating plant-based alternatives.

Putting meat devotion to the test

Researchers from The No Meat Company asked three hardcore meat fans to sample a range of vegan alternatives from its own portfolio. Sausages, sausage rolls and chicken wraps were offered, to get a sense of how they perform in the sense of taste and texture. The results were positive, with the company revealing that one was shocked they weren’t eating conventional pork sausages and another claiming they wouldn’t miss meat for a meal if they could substitute with the products tried.

“There are sometimes preconceptions around plant-based foods, but our study shows that even the biggest meat fans can be pleasantly surprised by the taste and texture of meat alternatives,” Neville Tam, brand lead at The No Meat Company said in a statement. “With so many great options now available on the market, it’s easier than ever before to include plant-based alternatives in your everyday food shop. Meat-free meal choices can be kinder to the planet, and in many cases better for you too.”

More pertinent findings from the study include the fact that 36 percent of meat-eaters claim they know they won’t like a meal unless it contains animal products and seven out of 10 predict they would be able to spot a meat-free alternative to pork sausages. 38 percent of participants revealed they think all foods, both savoury and sweet, are hard to replicate without animal products.

There was a surprising overwhelming perception of the potential positives of meat-free food items; 63 percent of people interviewed stated that they know plant-based foods play an important role in protecting the environment, though health remained the primary motivation to eat less meat, with 31 percent of people choosing it as a reason.

In terms of flexitarianism, three in ten Brits polled claimed to already be reducing their meat intake, with another 19 percent thinking about making the move, while 33 percent admitted they don’t see themselves eating more vegetarian foods in the future, as they enjoy meat too much.

What the study proves

Overall, the research findings indicate that plant-based companies still have a lot of work to do, if they want to convince ardent meat fans to reduce their intake. However, there is optimism that all it can take is one pleasantly surprising meal to kickstart a new healthier habit.

“The research highlights there is still a way to go in changing people’s perception of meat-free food, but when people do make simple swaps to their everyday meals, they are often pleasantly surprised,” Tam said in a statement. “Switching out meat for plant-based even once or twice a week can make a huge difference, with small steps towards a lifestyle that is better for the planet and for your health. Plant-based eating should be accessible for all so we’d encourage everyone to give it a try – you might just surprise yourself with how much you enjoy it!”

In 2020, it was revealed that people in Germany who identify as full meat-eaters had become a minority. 45 percent still self-attributed the label of meat-eater, while 31 percent claimed to be actively embracing flexitarianism. In March this year, a report was released that doubled down on Germany’s shifting food preferences. It revealed that 51 percent of people polled claimed to have reduced their meat intake within the last year, with 32 percent looking to also cut their dairy.

All photos by The No Meat Company.