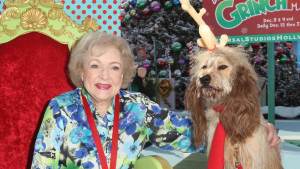 On December 31, 2021, Betty White sadly passed away at 99, less than three weeks away from her 100th birthday. White was one of the most recognizable faces in the entertainment industry. Besides the fact that she was a gifted actor and comedian, her career has been complemented by a lifetime of charity work and donations to many animal rights and animal advocacy groups.

This passion has led to the long-standing rumor that Betty White was vegan, though many have dismissed this idea. Still, there must be something about Betty White’s diet that contributed to her 99 years of life.

It’s a well-known fact that White has loved animals and advocated them throughout her life, according to Biography. That said, she never stated that she was vegan, so it seems unlikely that she did follow a plant-based diet.

What was Betty White’s diet?

According to So Yummy, White was fairly vocal about the foods she most enjoys. She has expressed a love of French fries, potato chips, vodka, soda (specifically Diet Coke), and red licorice vines. All of those sound pretty vegan to us. Even Red Vines themselves are an animal-free product. However, one of the items on White’s list is a decidedly un-vegan foodstuff: hot dogs.

To be fair, the interviews where White discusses these foods never overtly mention anything about “all-beef franks” or the like. The hot dogs she is eating could be vegan hot dogs or even vegetarian dogs. After all, she celebrated her 93rd birthday six years ago with a completely vegan birthday cake, according to TODAY.

According to Woman’s World, White has openly admitted that she was never much of a home cook. There’s no denying that White loved her junk food, and for whatever reason, it seemed to keep her going. Most doctors would probably disagree with this sentiment, of course, but the proof is in the pudding, since she lived to be almost 100.

Betty White loved animals, and advocated for them on many occasions.

According to Smithsonian Magazine, White served as a trustee of the Greater Los Angeles Zoo Association for over 40 years. She has also worked with the Morris Animal Foundation, been associated with PETA, and the Los Angeles ASPCA.

‘I speak better animal language than human language,” White wrote in her 2011 book, If You Ask Me (And of Course You Won’t), according to Distractify. “I can read [animals] like a book — although not as well as they can read me.”

These aforementioned organizations represent only a piece of the charitable work that White has done on behalf of animals. She was also an outspoken and devoted advocate of zoos — institutions that she believes educate the public and conserve endangered species in equal measure, though many other animal activists would disagree. In her interview with Smithsonian Magazine, White spoke passionately on the controversial subject of zoos:

“So many people have a closed mind on zoos. They think no animal should be in captivity, they should all be in the wild in their own habitat. Well, of course, that is a myth. Humans have already taken their habitat; many species have no wild habitat anymore…What they learn from the captive animals they can apply to the populations in the wild. In many cases, species are still around that would not be without zoos.”

In the end, it matters very little whether Betty White was fully vegan, partially vegan, or not vegan at all. In my opinion, her passion, dedication, and her actions on behalf of the animals she loves are proof enough of her sincerity, and she will be dearly missed.

This article was republished with permission from Green Matters.

The post Betty White Was A Passionate Animal Advocate During Her 99 Years appeared first on Plant Based News.