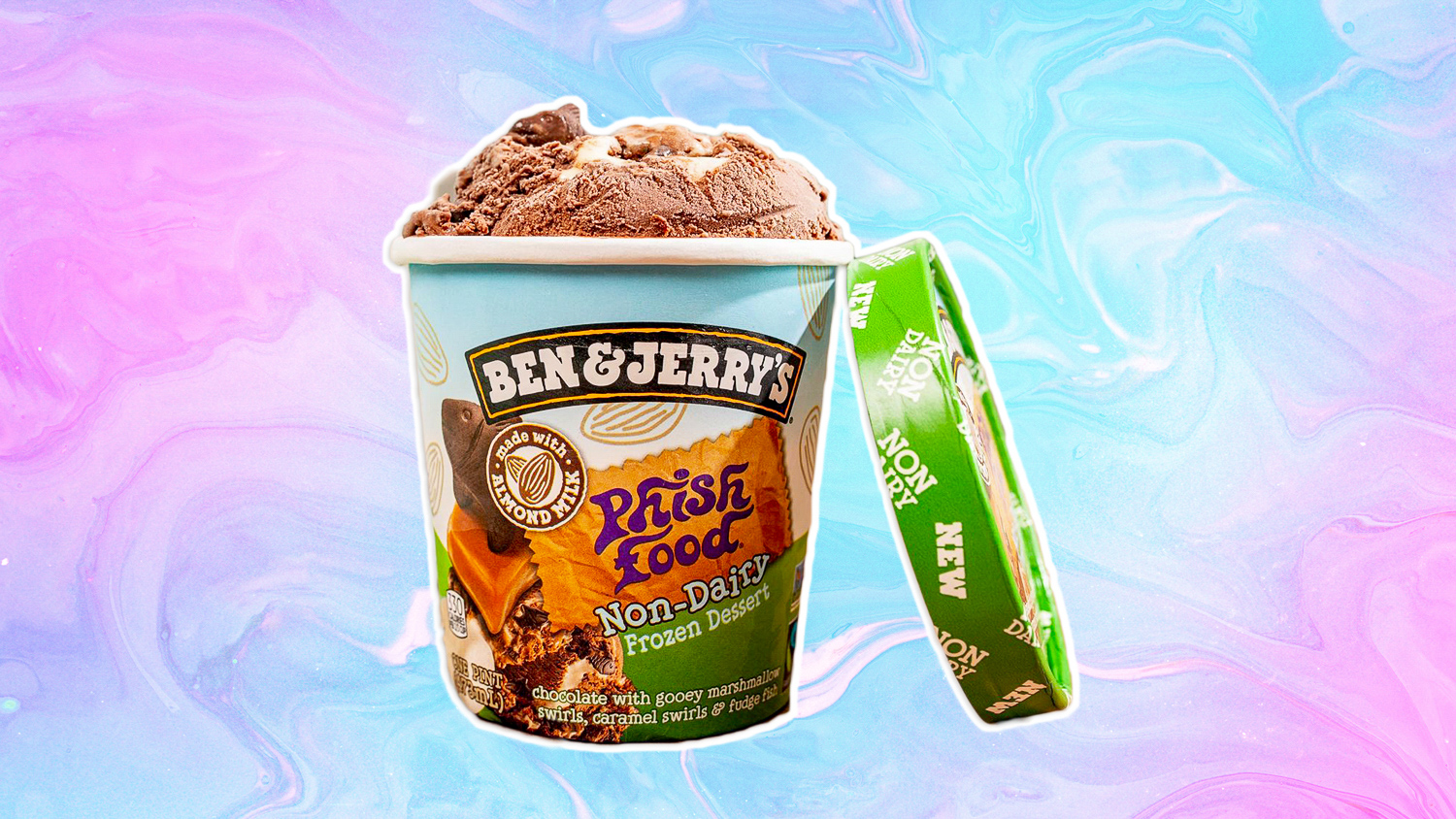 This article was originally published by VegWorld Magazine.

Non-Dairy Phish Food is the latest to be certified safe for celiac disease So much of a gluten-free diet is about what you can’t eat. Ben & Jerry’s is introducing another euphoric flavor you can enjoy—fan favorite Phish Food®! The famous chocolate flavor with fudge fish and marshmallow swirls is now available in dairy and non- dairy versions, and both sport a seal from the Gluten-Free Certification Organization—just in time to celebrate National Celiac Awareness Month in May. The iconic ice cream company began to roll out its gluten-free lineup last fall with ten flavors in pints and several more in Scoop Shops. “We didn’t make any changes to the recipes—they’re the same scoops of wonderful that they’ve always been,” said Jody Eley, Ben & Jerry’s Innovation Manager. “These flavors have always been gluten-free, but now we have the resources to do the rigorous testing required for certification.” Gluten-sensitive shoppers have reacted to the news with a mix of excitement and gratitude. “My daughter has celiac disease and following a strict GF diet can be really difficult and isolating,” wrote one parent recently. “It’s such a relief to know some of our favorite ice cream flavors are now safe for her! (Certification) is such a service to those of us who rely on the certified GF seal to keep our families healthy.” “I wanted you to know how big this is to the celiac community and our family,” wrote another. Knowing there are some SAFE options … I’m so thankful!!” Gluten is a protein found in wheat, rye and barley that is not easily digestible by some people. Adverse effects can range from a gluten sensitivity to celiac disease. Because gluten can be found in so many foods, it’s not easy to avoid. A gluten-free label from the Gluten-Free Certification Organization reassures shoppers that their food choices are safe. Celiac Awareness Month is held each May and is supported by Beyond Celiac and other advocacy organizations. The goal of the month is to raise awareness of celiac disease, fight stigma, and advance research. Gluten-free Ben & Jerry’s flavors can be found in supermarkets and participating Scoop Shops nationwide. Ben & Jerry’s non-dairy flavors are also Vegan Certified. Find a store near you at Ben & Jerry’s Flavor Locator. About Ben & Jerry’s As an aspiring social justice company, Ben & Jerry’s believes in a greater calling than simply making a profit for selling its goods. The company produces a wide variety of super-premium ice cream, yogurt and sorbet using high-quality ingredients. Ben & Jerry’s incorporates its vision of Linked Prosperity into its business practices in a number of ways including a focus on values-led sourcing. In 2015 the company completed its transition to using entirely non-GMO (genetically modified organisms) ingredients by source as well as to fully source Fairtrade-certified ingredients wherever possible, which benefits farmers in developing countries. Ben & Jerry’s products are distributed in 35 countries in supermarkets, grocery stores, convenience stores, franchise Ben & Jerry’s Scoop Shops, restaurants and other venues. Ben & Jerry’s, a Vermont corporation and wholly owned subsidiary of Unilever, operates its business on a three-part Mission Statement emphasizing product quality, economic reward and a commitment to the community. Ben & Jerry’s became a certified B Corp in 2012. The Ben & Jerry’s Foundation granted $3.4MM in 2020 to support grassroots organizing for social and environmental justice around the country. The Foundation’s philanthropy is guided by Ben & Jerry’s employees who serve on committees that review applications The post NEW vegan, gluten-free Ben & Jerry’s flavor in Honor of National Celiac Awareness month appeared first on VEGWORLD Magazine. fish ice cream cream yogurt protein non-dairy