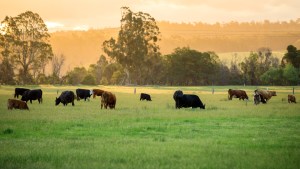 Beef linked to deforestation could be on the cards in a new trade deal between Australia and the UK, according to an investigation.

The area has been branded the nation’s “deforestation front” by WWF, with Australia being the only developed country to feature on the environmental organization’s global deforestation hotspots list.

This was revealed in satellite analysis over the past three years, according to Unearthed, the journalism network of Greenpeace.

The investigation highlighted an area of more than 13,500 hectares of deforestation among farms in the region. Here, the land is inhabited by a host of threatened species including koalas, flying foxes, and quolls.

One of the key beef producers in Queensland is the global meat giant JBS. Itself and other animal agriculture organizations have been dubbed to be involved in “substantial” forest clearing.

Shadow attorney-general Emily Thornberry branded Unearthed‘s findings “the most shocking and disgraceful discovery to date about the environmental impact of the proposed deal with Australia.”

It’s “a deal which will allow Australia’s agricultural mega-corporations to increase their beef exports to the UK by more than 6,000 percent in the first year before any tariffs kick in,” she added.

And, the potential trade deal will only allow such corporations to “increase their threat” to koalas and other endangered species, she fears.

While no firm agreements have been made on a UK-Australia trade deal post Brexit, it is currently under negotiation.

The first stage was signed in June, which will allow Australia to send a certain amount of agricultural goods without tariffs.

But it’s already faced backlash from British farmers. For example, the president of the National Farmers Union (NFU), Minnette Batters, said it could cause a “slow, withering death of family farmers” in the UK, the BBC reports.

However, the UK government assured it is “committed” to clamping down on illegal deforestation.

The post Beef Linked To Deforestation Considered For Trade Deal Between Australia And UK appeared first on Plant Based News.