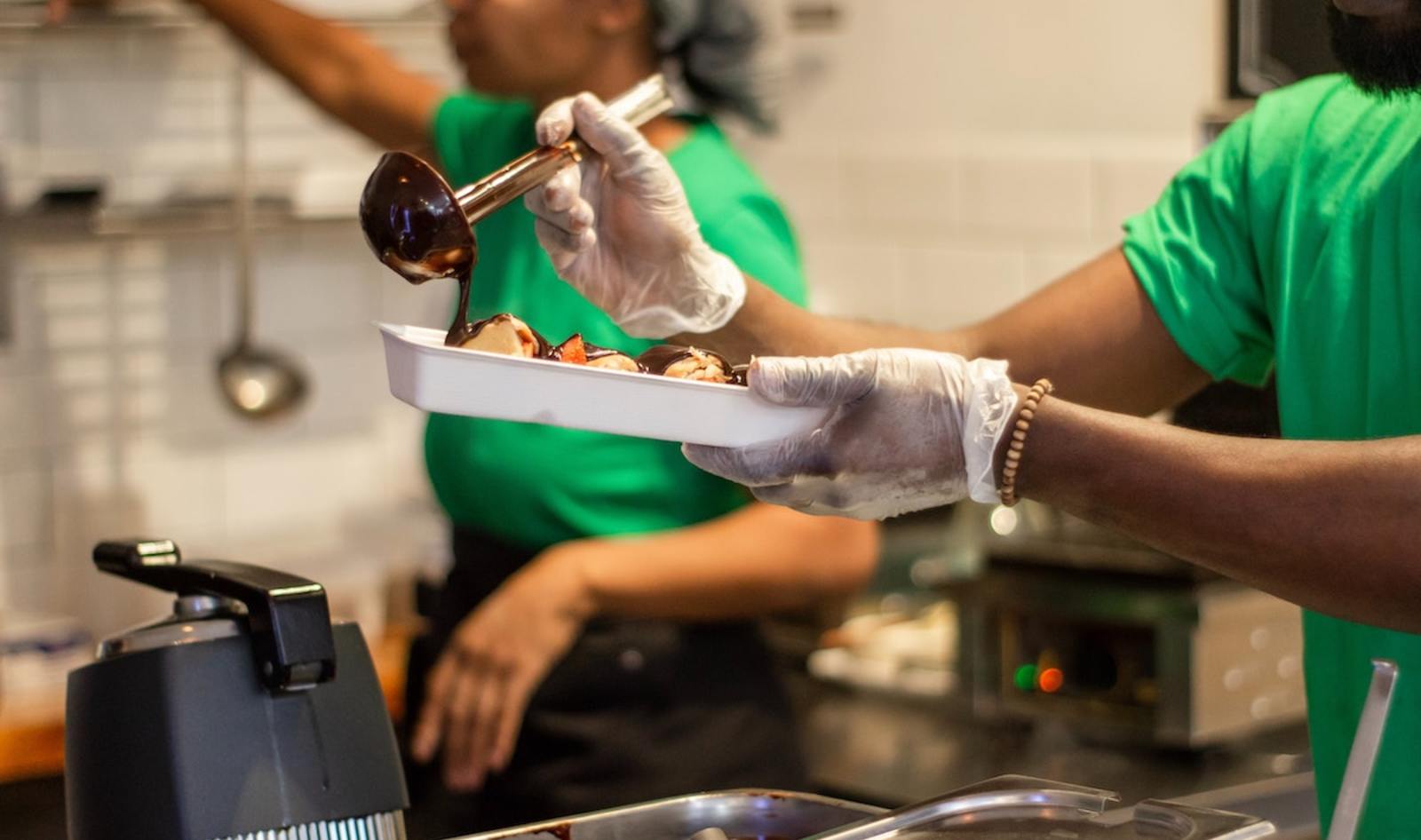 There are 55 million people in North America alone who don’t have adequate access to food. More than 13 million of those people are children. Stephen Clarke—the founder of the for-profit social enterprise RTG Group—created The Vegan Experience as a new for-profit social enterprise that has an even greater opportunity to make a significant impact on creating a vegan world. There are two main problems with charity fundraising as we know it: a lack of transparency and instant gratification. Clarke’s new fundraising model is providing solutions that result in millions of vegan meals and a brighter, compassionate, and more sustainable future for all.

When one donates to a non-profit organization, there are certain administrative costs involved. A portion of your donation pays employee salaries and other promotional and administrative expenses. One research study has shown that as little as 26 percent of donations go to the cause itself, though on average, that number hovers around 65 percent. Many people are hesitant to donate when they don’t know exactly where their money is going.

To solve this problem, Clarke started with full transparency in the donation process. Through participation in The Vegan Experience, people purchase 30 plant-based meals for $39.70. Meals consist of a wholesome bowl of oatmeal plus two fruit and nut bars made with ancient grains. In this model, 100 percent of a 30-meal donation goes directly to the people who need it.

Solution 2: everybody gets more than they put in

The second part of Clarke’s new fundraising model stems from his decades of experience in the sales and creative advertising world. He learned that while we all want to do good things with our money, people are more likely to make a specific donation if you answer “What’s in it for me?” first. Most people want to do good things for the world, but when faced with a choice between two roads, people are more likely to commit to donating to a cause when they’re offered a reward for their generosity.

Following this psychology, The Vegan Experience ensures that donors receive more than they give. Upon buying 30 meals for a person in need, donors immediately receive access to a discount app that provides them access to thousands of dollars worth of savings. He partnered with restaurants, hotels, travel sites, retailers, and other sought-after businesses to make this incentive possible.

In Clarke’s eyes, this is the ultimate vegan win. The donors win by getting exclusive access to money-saving discounts while contributing to a great cause. Clarke’s organization wins by moving toward its goal of feeding one million children per month by the end of 2023. The food charity partners that help distribute these meals also win—for every 30 meals purchased, Clarke donates 25 cents to the food charity.

For every child fed, The Vegan Experience and its Ignite Social Impact group of investors will put $2.25 toward investing in new vegan programs and other vegan businesses that can help grow the vegan economy faster. With a goal of feeding one million children per month, that $2.25 per child amounts to $27 million each year being invested into vegan startups.

Other organizations are joining the fundraising efforts to foster and scale vegan entrepreneurs and social change leaders. The upcoming documentary, Creating a Vegan World, has a mission of funding the launch of 100 vegan grassroots and non-profit organizations who need just a little help to get their ideas off the ground. When we empower those around us to make a difference that they are passionate about, this is how creative thinking can make the world a more vegan place. And that’s how The Vegan Experience is setting a model for ending hunger, investing in new vegan programs, and is inspiring other non-profits to do the same.

Andrew Alexander is a freelance writer at VegNews as well as a plant-based entrepreneur and producer of Creating a Vegan World Documentary.