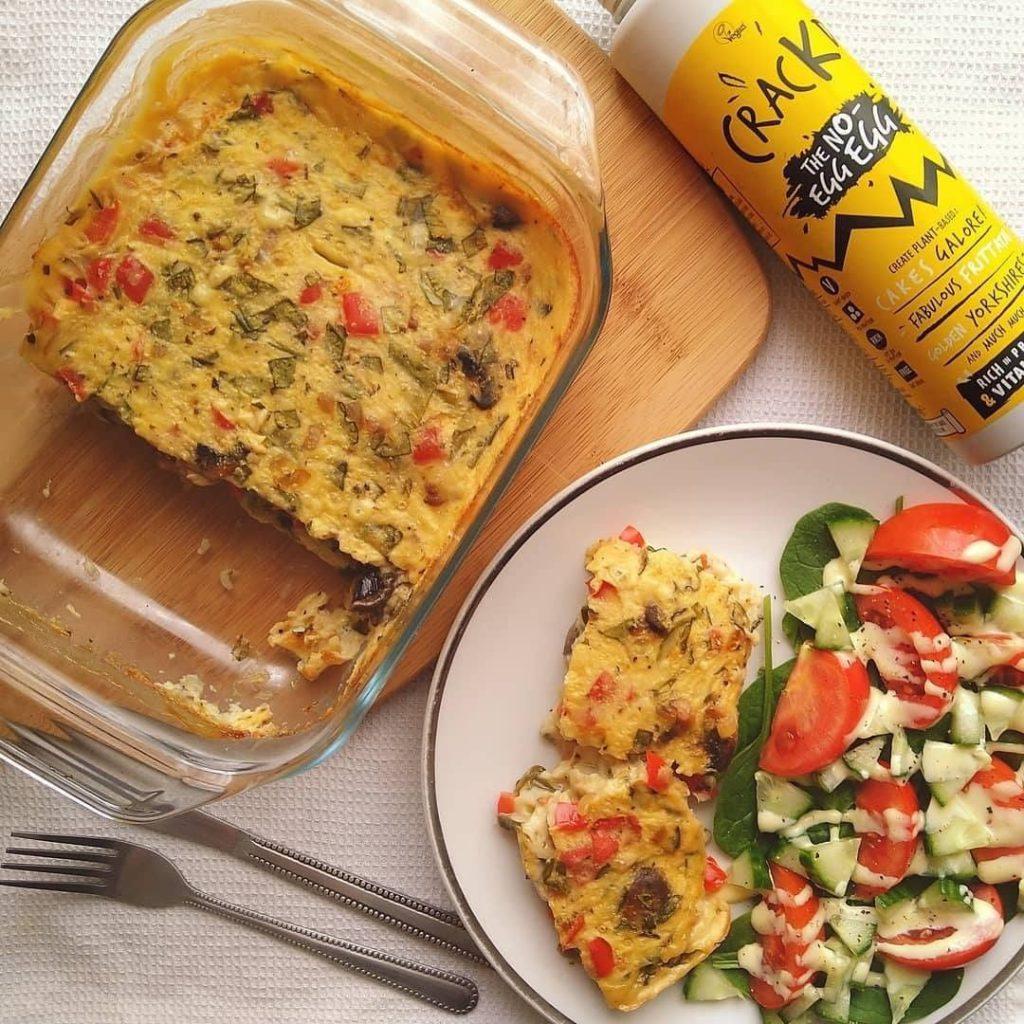 98% of non-vegan Brits say they are willing to give vegan egg alternatives a go, to make some of their favourite recipes plant-based.

New research by The Vegan Society and vegan liquid egg manufacturer Crackd has revealed that 98% of non-vegans are open to trying plant-based alternatives to eggs to veganise some of the UK’s favourite dishes.

Conducted in late January, the research surveyed 1,000 Brits and looked into their dietary preferences, how they would use Crackd, and where they would expect to find it in the supermarket. The audience was nationally representative for gender, age and home regions.

While just over half of Brits (51%) said they would use Crackd for vegan scrambled eggs, 47% said they would use it to make omelettes. Apart from egg dishes, 42% would be open to try it in pancakes, 37% in friend rice, 31% in Yorkshire puddings, and 38% in desserts like brownies and cakes.

Among vegans, the outcome was even greater, with 100% of respondents willing to try Crackd’s vegan liquid egg. Those who described themselves as long-term vegans over-indexed in wanting to try it in vegan Yorkshire puddings, quiches and frittatas.

Respondents aged between 55 and 64 were among the highest number of people wanting to try Crackd. 58% said they would use it for scrambled eggs, while 55% would try it in omelettes.

Consumers were also shown an image of the yellow Crackd bottle and asked where they thought they would find it in a supermarket. 30% said they would look for it in the plant-based milk and yoghurt section, which made it the most common category. 21% believed it should be in the plant-based meat aisle, 17% thought it is in the vegan cheese section, and 13% expect it to be alongside plant-based ready meals.

Rik Roberts from Crackd said: “We created Crackd because we could see that there was a gap in the market for a really easy-to-use plant-based egg alternative for vegans but it’s great to see that it’s also proving popular with non-vegans.

“We already carry the Vegan Trademark but working with The Vegan Society on this survey has given us a great insight into our customers and what they’d like to see from us.”

Louisianna Waring, The Vegan Society’s insight and commercial policy officer, added: “It’s not surprising to see that so many vegans and non-vegans alike are desperate to get their hands on a bottle of Crackd. There’s no doubt that it is a highly versatile product that’ll make it even easier to make some of your favourite meals and desserts egg-free.”

Read our review of Crackd, which is the UK’s first vegan liquid egg.

The post 98% of non-vegans open to trying vegan egg alternatives appeared first on The Vegan Review.