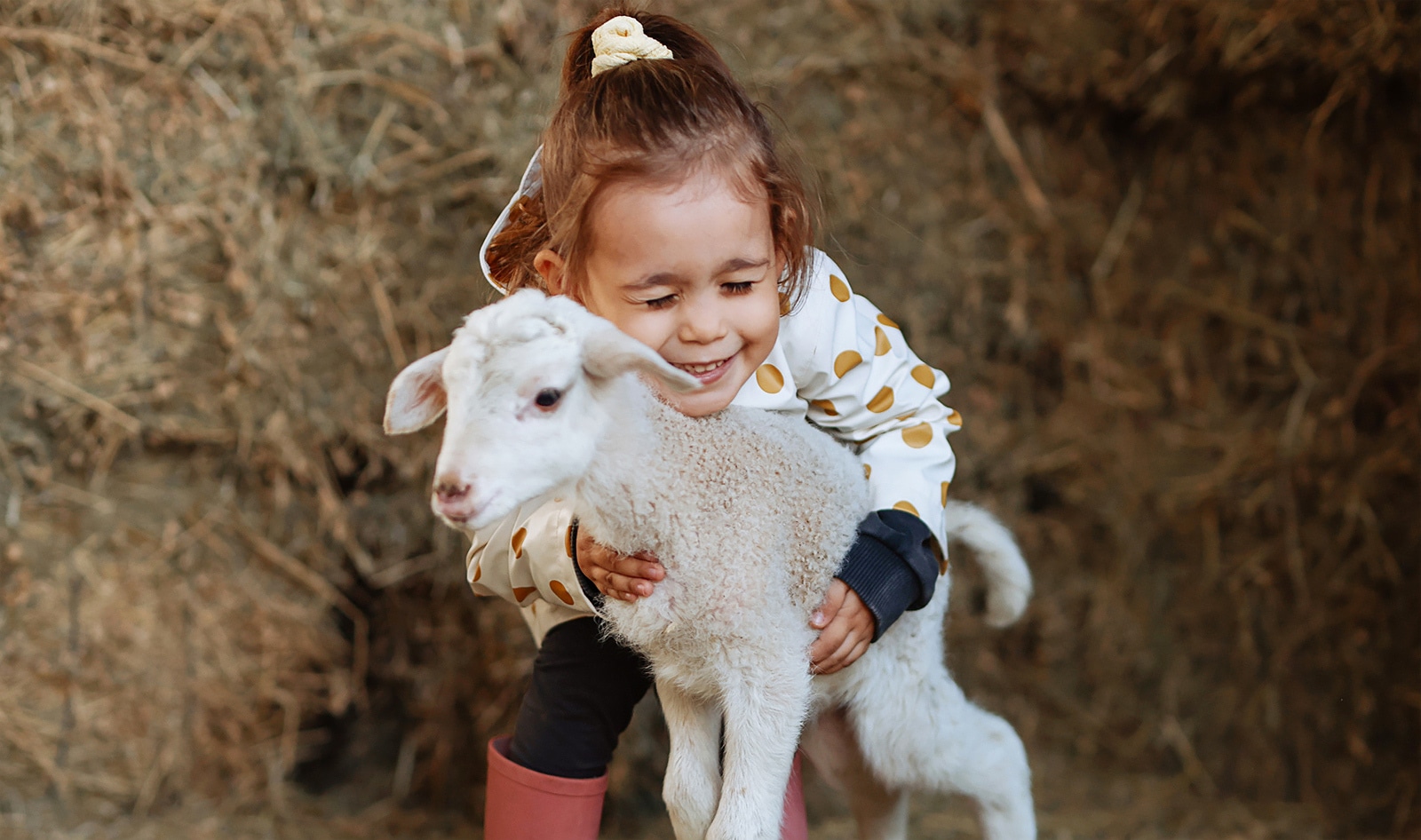 Animals—both wild and domestic—enrich our lives. Every enthusiastic greeting, gentle nuzzle, or doe-eyed gaze softens something in us and makes the present moment measurably better. They give so much to us simply by being, and it’s only natural to wish to return the favor. One simple way of doing so is to reduce the amount of animal products in the market and support organizations both protecting animals and advocating for plant-based eating.

What is Giving Tuesday?

November 29 is Giving Tuesday. The idea was first organized 10 years ago as a campaign to set aside the materialism of the year-end holiday season and focus instead on generosity. Since then, Giving Tuesday has grown into a global event. Millions of people across 80 countries participate by donating to support the causes they care about.

If you’re thinking about participating this Giving Tuesday but you’re not sure where to donate, this list is a resource for you. All of these non-profit organizations explicitly advocate for farmed animal welfare or a vegan lifestyle, and they have years of success to show for it.

Animal Outlook exposes the cruel abuse farmed animals endure while campaigning for reform in the industry. Recently, Animal Outlook’s investigations have even uncovered novel issues, such as live markets in the San Francisco Bay area with similar conditions to the wet markets abroad.

“The connection that people might not be aware of is this idea of confining animals in tight spaces where there are cross-species interactions—that’s a known way of spreading disease,” Animal Outlook Executive Director Cheryl Leahy said. The animals in the markets are on the frontlines of suffering from those diseases.

Leahy said she sees a cultural shift in which people are becoming more willing to vocally stand up against oppressive systems, such as animal agriculture.

“When you help people make that connection that animal cruelty and animal agriculture are one and the same … I think you have such a huge potential empowerment moment,” she said.
How to Give

Food for Life Global serves about a million meals every day to people in disaster or poverty situations around the world. The meals are vegan and freshly cooked, not pre-packaged or frozen. Every dollar donated guarantees the provision of two meals.

“We have a very interesting, unique approach to solving world hunger,” Food for Life Global Co-founder and Executive Director Paul Rodney Turner said. Rodney has personally visited 72 countries for humanitarian work over the last 39 years. “I believe that if we had this sense of family, this sense of unity that crosses all nationalities, borders, races, things like world hunger would disappear overnight because we wouldn’t tolerate our brother or sister going hungry,” he added.
How to Give

Mission: “Our mission is to plant and help others plant a collective total of 18 billion fruit trees across the world––roughly three for every person alive––and encourage their growth under organic standards.”
Programs: Food advocacy, sustainability, human health, and nutrition

The Fruit Tree Planting Foundation is a recipient of the Global Giving Top Ranked Organization award and funnels 90 cents of every dollar directly into its programs. Funds support the nonprofit’s initiative to create a “greener, cleaner, and healthier planet” by the simple act of planting fruit, nut, and medicinal trees. Since its inception, the organization has planted an average of 60 orchards a year internationally and supported those communities with training and education to help the plants flourish and sustain their growth.

Orchards are donated to areas in need—be that a park, public school, international hunger relief site, food bank, Native American reservations, and low-income neighborhoods. The goal is to make the impact last through generations; in lieu of a bandaid, these orchards are providing long-term solutions to eradicate hunger, empower communities, and improve the surrounding environment.
How to Give

Mission: “We exist to end the abuse of animals raised for food.”
Programs: Grassroots campaigns, movement building, vegan advocacy, research, and advocacy training, as well as through corporate, media, and community outreach

The Humane League has earned Top Charity status from Animal Charity Evaluators every year there has been an evaluation period. This year’s award was based on its “significant success, especially in improving the welfare standards of farmed animals and strengthening the animal advocacy movement.”

Currently, most of the organization’s campaigns focus on chickens because they are so numerous within the animal agriculture industry. According to the Human League approach, any win for chicken welfare has the potential to improve the lives of many, many individual animals.

One of The Humane League’s recent initiatives has been to establish a policy-focused alliance that will connect advocacy organizations with similar goals.

“We really felt … there was a missing connection of power at local and state levels that could keep pushing for policy changes and protection of animals,” The Humane League President Vicky Bond said. “We’re just building up the team right now and considering giving out our first grants to organizations … which will enable these groups to get off the ground in certain states.”
How to Give

Mercy for Animals works to decrease the number of animals trapped in the agricultural system, improve conditions for those who remain, and help farmers transition away from animal ag. An Impact Center on Mercy for Animals’ website shows detailed statistics on progress toward completing the most up-to-date version of the organization’s strategic plan.

“A lot of times, I think people don’t realize what goes into what they have on their plate if they eat animal meat,” Susan Lane, Mercy for Animals Senior Vice President of Development, said. Mercy for Animals’ investigations and engagement campaigns help people understand the full picture.
How to Give

6 PETA (People for the Ethical Treatment of Animals)

Mission: “PETA opposes speciesism, a human-supremacist worldview, and focuses its attention on the four areas in which the largest numbers of animals suffer the most intensely for the longest periods of time: in laboratories, in the food industry, in the clothing trade, and in the entertainment business.”
Programs: Public education, investigative newsgathering and reporting, research, animal rescue, legislation, special events, celebrity involvement, and protest campaigns

PETA is the largest animal-rights organization in the world. Shutting down cruel animal experiments has been one of its priorities in recent years and will continue to be.

“With more scientists on staff than any other animal protection organization, we’ve been at the forefront of advancing the use of non-animal methods, and in the coming decade, we’ll have the opportunity to eliminate entire categories of animal tests,” Steve Kehrli, PETA Foundation Senior Vice President of Development, said. “To do so, we’ll need the funding to develop, gain confidence in, and promote innovative, non-animal tests,” he added.

Earlier this year, the PETA Science Consortium’s president, Dr. Amy Clippinger, won the Enhancement of Animal Welfare Award from the Society of Toxicology (SOT), the largest toxicology conference in the world. She earned the award for her achievements in advancing non-animal approaches to toxicology testing over the past decade. Other PETA scientists won additional awards from SOT for their work on replacing animals in eye-irritant and carcinogen testing.

A few of PETA’s other wins this year were persuading three major airlines to cease the transportation of monkeys to laboratories, releasing a disturbing whistleblower report about ducks buried alive and ducklings ground up while still conscious at Culver Duck Farms, and influencing Moncler and Dolce & Gabbana’s decisions to go fur-free.
How to Give

Mission: “We focus on reaching the people who are motivated enough to make changes now—of which there are always many in our target audience who just need some guidance. By steadily increasing the number of vegans, we’re laying the groundwork to reach a tipping point in which sweeping public policy changes for animals will become realistic.”
Programs: 10 Weeks to Vegan, Vegan Chef Challenge, Department of Delicious, and Green Tuesday Initiative

Vegan Outreach is known primarily for leafleting on college campuses, but its scope of work has grown far beyond that since its early days. The organization has a variety of programs intended to show chefs, dietitians and nutritionists, and the general public that veganism is fun, delicious, and kind.

This year, Vegan Outreach reached a milestone: The one-millionth person signed up for the 10 Weeks to Vegan program. In another program—the Vegan Chef Challenge—volunteers organize local chefs to develop new vegan options that the community can taste and vote on.

“[The Vegan Chef Challenge] is a great opportunity for someone that wants to stir up more vegan options in their community but doesn’t necessarily have the resources. So we’re here to help,” Sara McGoun, Vegan Outreach Director of Development, explained.
How to Give