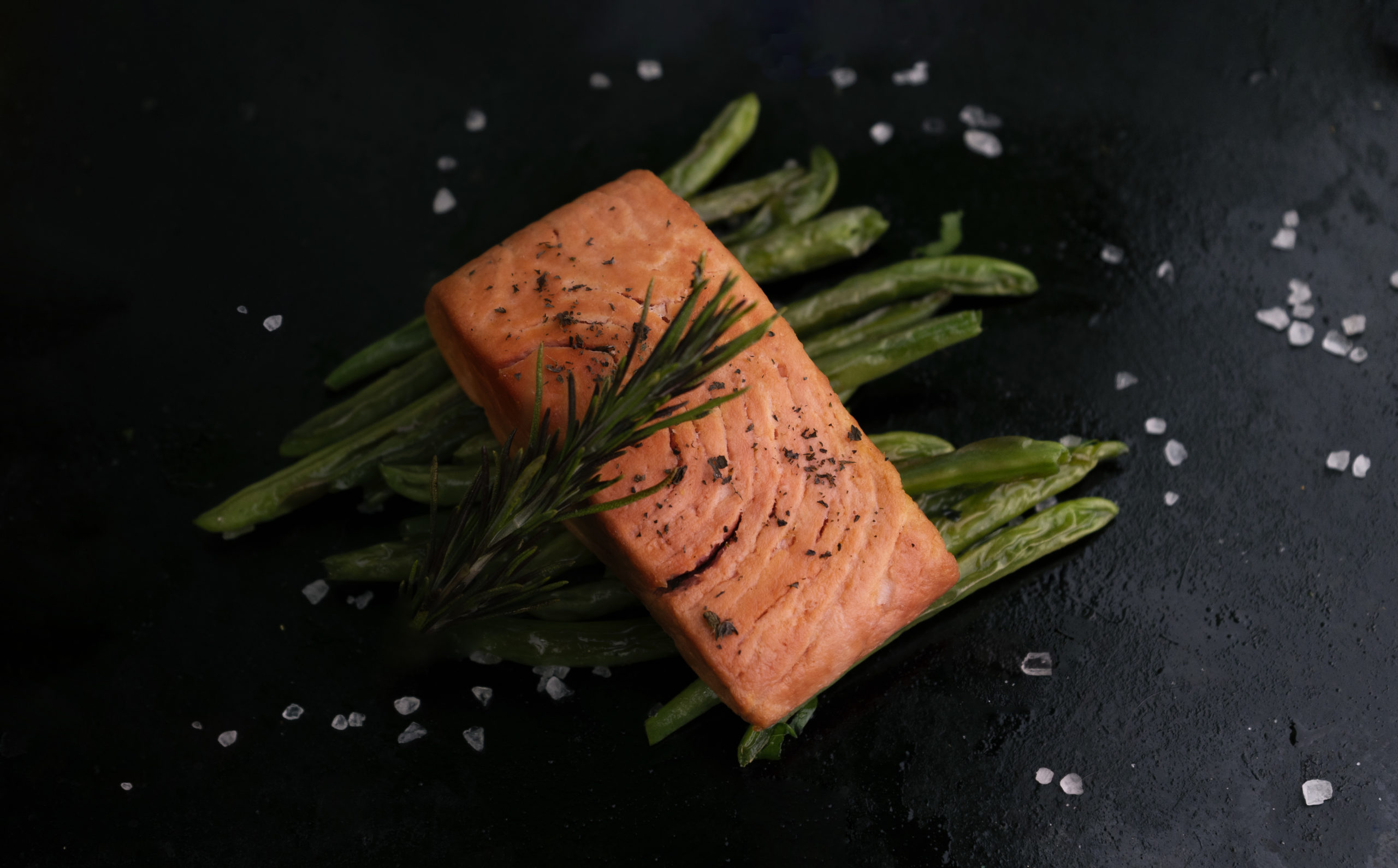 Seafood is a fast-growing niche of the alternative protein sector. With that is a sub-niche of unbelievably realistic plant-based whole-cut products. Made using 100 percent vegan ingredients, these substitutes for fish and seafood claim to be healthier, more sustainable and a solution to the consequences of global overfishing.

The following startups are looking to remove conventional seafood from the food system. Each is developing proprietary technology to perfect the entire eating experience attributed to whole-cut fish in a bid to tempt people to embrace flexitarian or vegan lifestyles.

Country of origin: Austria. Most recent funding: $2.3 million grant from the Austrian Research Promotion Agency in May 2022. Food focus: Vegan salmon. Available: Early 2023. Revo Foods just debuted its ultrarealistic whole-cut salmon fillet. Using 3D printing technology, it has focussed on creating the perfect texture for its analogue. At a recent tasting, the startup reportedly had to confirm the vegan status of its fillet, with tasters finding it too realistic to be true. Revo uses pea and algae protein to capture the mouthfeel and taste of conventional salmon and already has vegan salmon products in the European market.

Country of origin: U.K. Most recent funding: £1.25 million seed funding in February 2021. Food focus: Unbattered jackfruit fish fillets. Available: Now, through Neat Burger. Future restaurant distribution is in progress. Jack & Bry recently unveiled what it proclaims is the world’s first unbattered jackfruit fish fillet. Developed in partnership with The Cornish Seaweed company, the product is hailed as the closest plant-based alternative to real fish in terms of taste, appearance and flakiness. The company has sought to develop a fish analogue following success with jackfruit sausages, burgers and pepperoni.

Country of origin: Israel. Most recent funding: $12.45 million in a record-breaking seed round in March 2022. Food focus: Hyperrealistic salmon fillets. Available: By 2024. Plantish gained fast recognition by sharing pictures of its vegan whole-cut salmon fillets in January this year, across its social channels. Creating buzz about the confusingly indistinguishable product, it was smooth sailing to a large seed funding round two months later. At the time, it was the world’s first ultrarealistic seafood analogue of its kind, boasting comparable nutrition to conventional salmon. The company uses 3D printing to craft legume and algae proteins into a whole-cut alternative suitable for vegans.

Country of origin: U.S. Most recent funding: $2.1 million oversubscribed pre-seed funding round in October 2021. Seed finding is currently in progress. Food focus: Whole-muscle cut seafood including tuna, shrimp, calamari and scallops. Available: By 2023. Aqua Cultured Foods uses biomass fermentation to create realistic alternatives to less replicated seafood varieties. One of its most notable successes to date was the debut of mycoprotein calamari. Gaining approval from seasoned chef Johnny Carino, the product was described as tasting and behaving exactly like real calamari, down to the initial ‘crunch’. The vegan alternative has been slated to be Aqua’s first commercial launch with its seabass and shrimps expected to follow in due course.

Country of origin: Ireland. Most recent funding: A £3 million raise is in progress. Food focus: Whole-cut cod analogues. Available: Unknown. Sea & Believe has already enjoyed success with a range of seaweed-based burgers and goujons but it is entering the ultrarealistic sphere with its new prototype cod development. The whole-cut fillet has been created using native Irish seaweed that one of the founders used to treat chronic asthma. When fully realised, the cod analogue will contain 25 grams of protein per serving and flake like its conventional counterpart. The startup is currently fundraising to build-out its seaweed supply chain.