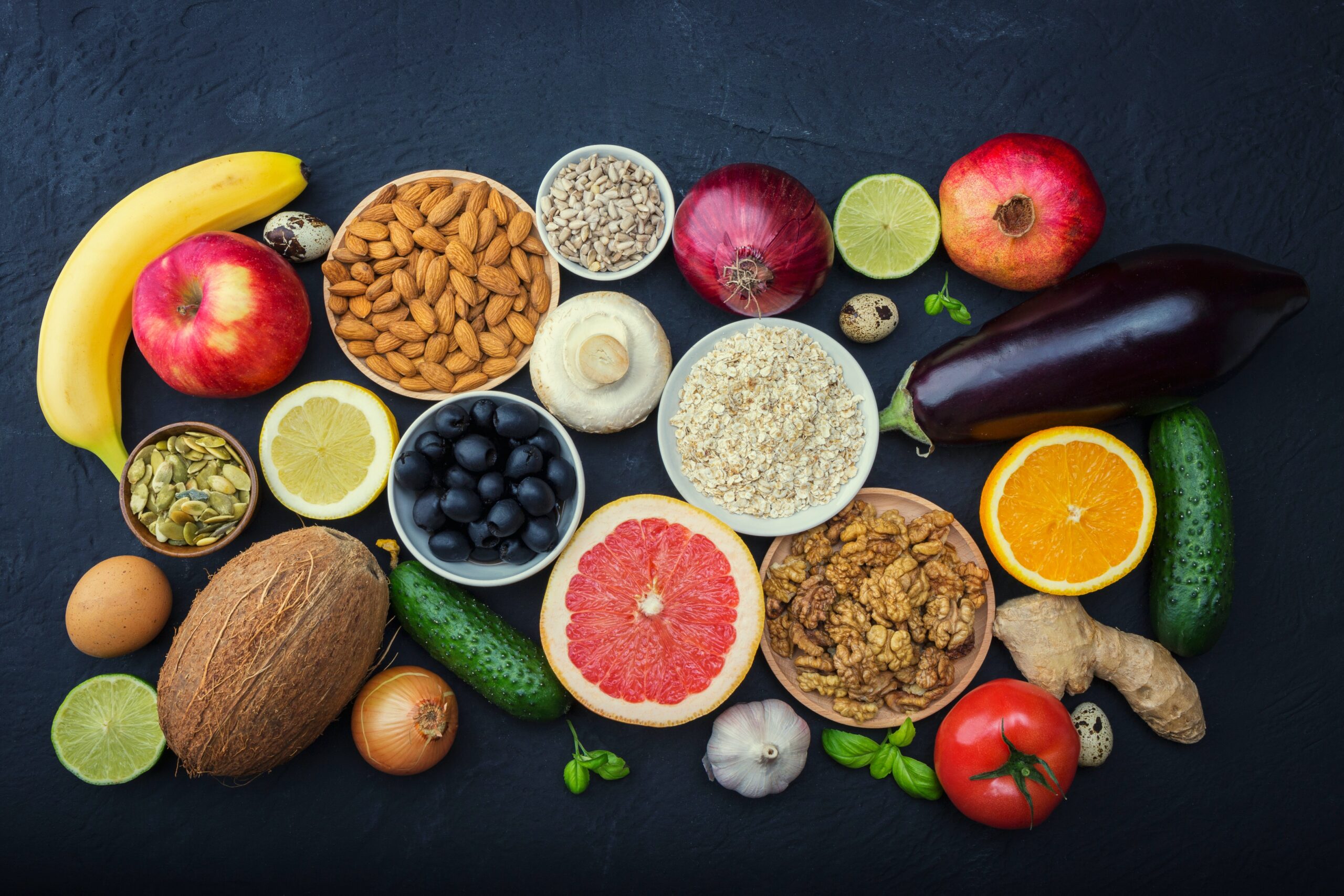 As a laureate professor in nutrition and dietetics people often ask – what do you eat?

Plant-based foods are good sources of healthy nutrients. These include different types of dietary fibre, vitamins, minerals, and a range of “phytonutrients”, which plants produce to help them grow or protect them from pathogens and pests.

A review of research published in May 2021 looked at 12 studies with more than 500,000 people who were followed for up to 25 years. It found those who ate the most plant foods were less likely to die from any cause over follow-up time periods that varied across the studies from five to 25 years, compared to those who ate the least.

Here are four versatile and tasty plant foods I have on my weekly grocery list, and the research showing why they’re good for you.

Tomatoes are a berry fruit (not a vegetable). They’re rich in vitamin C and “lycopene”, which is a carotenoid. Carotenoids are pigments produced by plants and give vegetables their bright colours.

A review of six trials asked people to consume tomato products equivalent to 1-1.5 large tomatoes or 1-1.5 cups of tomato juice daily for about six weeks.

The researchers found people who did this had reduced blood levels of triglycerides (a type of fat in your blood that increases heart disease risk), as well as lower total and “bad” cholesterol levels, compared to those who didn’t have any tomatoes.

These people also had increased levels of “good cholesterol”.

Read more: Love meat too much to be vegetarian? Go 'flexitarian'

Another review of 11 studies tested the effect of tomatoes and lycopene on blood pressure.

Researchers found consuming any tomato products led to a large decrease in systolic blood pressure (the first number that measures the pressure at which the heart pumps blood).

However, there was no effect on the diastolic pressure (the second number which is the pressure in the heart when it relaxes).

In the group who had high blood pressure to begin with, both systolic and diastolic blood pressure decreased after eating tomato products compared to placebos.

A review of studies included a total of 260,000 men and found those with the highest intakes of cooked tomatoes, tomato sauces and tomato-based foods (equivalent to around one cup per week) had a 15-20% lower risk of developing prostate cancer compared to those with the lowest tomato intakes. Keep in mind correlation doesn’t necessarily mean causation, though.

Keep canned tomatoes in the cupboard and add to pasta sauce, casseroles and soup. Make your own sauce by roasting tomatoes and red capsicum with a splash of olive oil and balsamic vinegar, then puree with a spoon of chilli paste or herbs of your choice. Keep in the fridge.

Try our fast tomato recipes at No Money No Time, a site full of dietary advice and recipes founded by my team at the University of Newcastle.

Pumpkin is rich in beta-carotene, which is also a carotenoid (plant pigment). It gets converted into vitamin A in the body and is used in the production of antibodies that fight infection. It’s also needed to maintain the integrity of cells in eyes, skin, lungs and the gut.

A review of studies that followed people over time looked at associations between what people ate, blood concentrations of beta-carotene and health outcomes.

Read more: Carrots and pumpkin might reduce your risk of cancer, but beware taking them in pill form

People who had the highest intakes of foods rich in beta-carotene (such as pumpkin, carrots, sweet potato and leafy greens) had an 8-19% lower relative risk of having coronary heart disease, stroke, or dying from any cause in studies over 10 years or more compared to those with the lowest intakes.

Pumpkin soup is a favourite. Try our design-your-own soup recipe.

Heat oven to 180℃, chop the pumpkin into wedges, drizzle with olive oil, roast till golden. Speed it up by microwaving cut pumpkin for a couple of minutes before roasting.

Mushrooms are rich in nutrients with strong antioxidant properties.

The body’s usual processes create oxidative stress, which generates “free radicals”. These are small particles that damage cells walls and cause the cells to die.

If these aren’t neutralised by antioxidants, they can trigger inflammation, contribute to ageing and development of some cancers.

Read more: What are antioxidants? And are they truly good for us?

A review of 17 studies on mushrooms and health found people who ate the most mushrooms had a 34% lower risk of developing any type of cancer compared to those with lowest intakes. For breast cancer, the risk was 35% lower. Though, again, correlation doesn’t necessarily mean causation.

Across the studies, a high mushroom intake was equivalent to eating a button mushroom a day (roughly 18 grams).

Check out our mushroom and baby spinach stir-fry recipe. It makes a tasty side dish to serve with scrambled or poached eggs on toast.

This is likely due to the longer time it takes for your body to digest and absorb the less-processed oats. So it’s better to eat whole grain oats, called groats, or rolled oats rather then quick rolled oats.

Read more: Phytonutrients can boost your health. Here are 4 and where to find them (including in your next cup of coffee)

Across 58 studies where people were fed a special diet containing about 3.5 grams of oat beta-glucan a day, “bad” cholesterol levels were significantly lower compared with control groups.

You can eat rolled oats for breakfast year round.

Eat them as muesli in summer or porridge in winter, add to meat patties, mix with breadcrumbs for coatings or add to fruit crumble toppings.