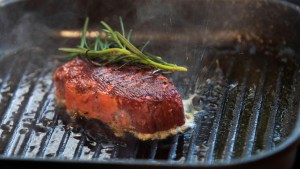 Israeli start-up Redefine Meat is expanding into Europe as interest in new plant-based technologies soars. This comes after the company has secured a staggering $135 million in funding. And according to reports, it to reach thousands of restaurants by the end of next year with its 3D-printed vegan meat products.

Redefine Meat announced last year that it has expanded operations in the UK and Europe, Reuters reports.

It has since confirmed it will anchor its total of $180 million in investment in a production plant in the Netherlands.

Additionally, further deals are set to be made to roll out more of the vegan steaks in restaurants in Israel and across the wider world.

Currently, the steaks can be found in restaurants on an international scale, including that of Marco Pierre-White. Additionally, the company supplies its products to Facebook, Google, and Apple staff canteens.

Whole cuts of alternative meat will be available by the end of next year. And that’s because they’re a “money-maker,” and “the reason we have meat,” CEO Eshchar Ben-Shitrit told the outlet.

He added: “We’re scaling up the capacity. Every batch that we make is five times larger than the previous batch. So we’re changing … the machines, the flow and we’re also changing the product attributes.”

It was Globes that reported the funding news, adding that it’s one of the largest financing rounds ever seen by an alternative meat brand in Israel.

Sources reportedly told the media company that the funds will be used for worldwide expansion. Additionally, since the investment round was completed, Redefine Meat has installed new employees at a growth rate of 320 percent in just one year.

Redefine Meat is best known for its 3D-printed vegan steaks and burgers that culminate layers of plant-based ingredients from soy, coconut, and barley.

Each product allows “vegans and meat lovers to enjoy great meat-eating experiences without compromising on taste, health, and sustainability,” the company claims.

Since rolling out in 150 restaurants across Israel, the plan is to reach more customers around the world.

Further into the future, production facilities across Israel, Europe, Asia, and the US are also on the cards.

You can find out more about Redefine Meat here