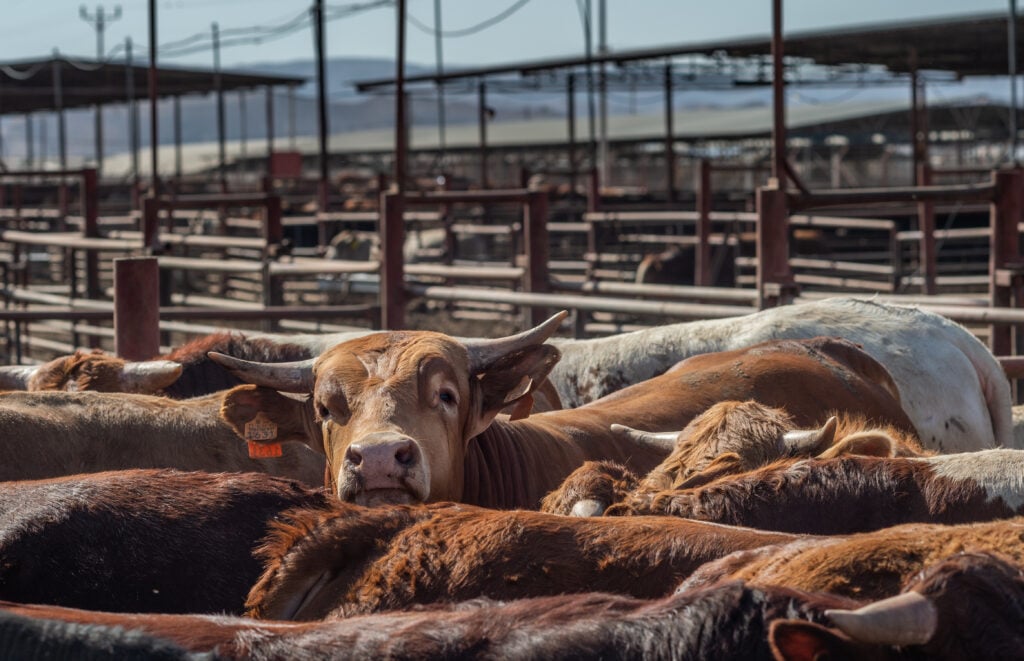 The combined methane emissions from 15 of the world’s largest meat and dairy companies amount to 80 percent of those of the entire European Union (EU), new research has found.

The study, which comes from the Institute for Agriculture and Trade Policy (IATP) and the Changing Markets Foundation, also reported that these companies produce more emissions than the countries of Russia, Canada, and Australia.

If these 15 companies were a country, the report said, it would be the 10th largest greenhouse gas emitting country on earth. Together, they are said to produce more emissions than oil companies like BP and Shell.

“That just blew my mind,” Shefali Sharma, director of the IATP’s European office, told the Guardian. “We can’t continue to have this handful of companies controlling this many animals.”

Researchers said that a lack of transparency from these companies makes it difficult to measure emissions. Results are therefore an estimate based on available data of farming practices and milk production.

A report published last year found that livestock – particularly cows – were responsible for around a third of human-caused methane emissions.

Cows, and some other animals like goats and sheep, produce methane when they burp. Methane is a powerful greenhouse gas; it’s 80 times more warming than CO2 in its first 20 years in the atmosphere. It also, however, has a much shorter half life – meaning cutting it would slow warming more quickly, giving us more time to address carbon. According to the UN, cutting methane is the “strongest lever” we have to slow global heating.

The world resists calls to crack down on farming

Many scientists have noted that a move towards a more plant-heavy diet is an essential response to the climate crisis.

A University of Oxford study published in 2018 found that a 90 percent reduction in beef consumption was needed to avoid climate breakdown. In April 2022, a UN report also stated that the world must eat less meat.

Despite this, many world leaders, along with the general public, have been reluctant to accept that our diets are unsustainable.

This year’s annual UN climate conference – COP27 – once again drew controversy for serving beef. The decision was blasted by The Vegan Society, which called it “disappointing.”

The post 15 Meat And Dairy Companies Produce Nearly As Much Methane As The Entire EU appeared first on Plant Based News.