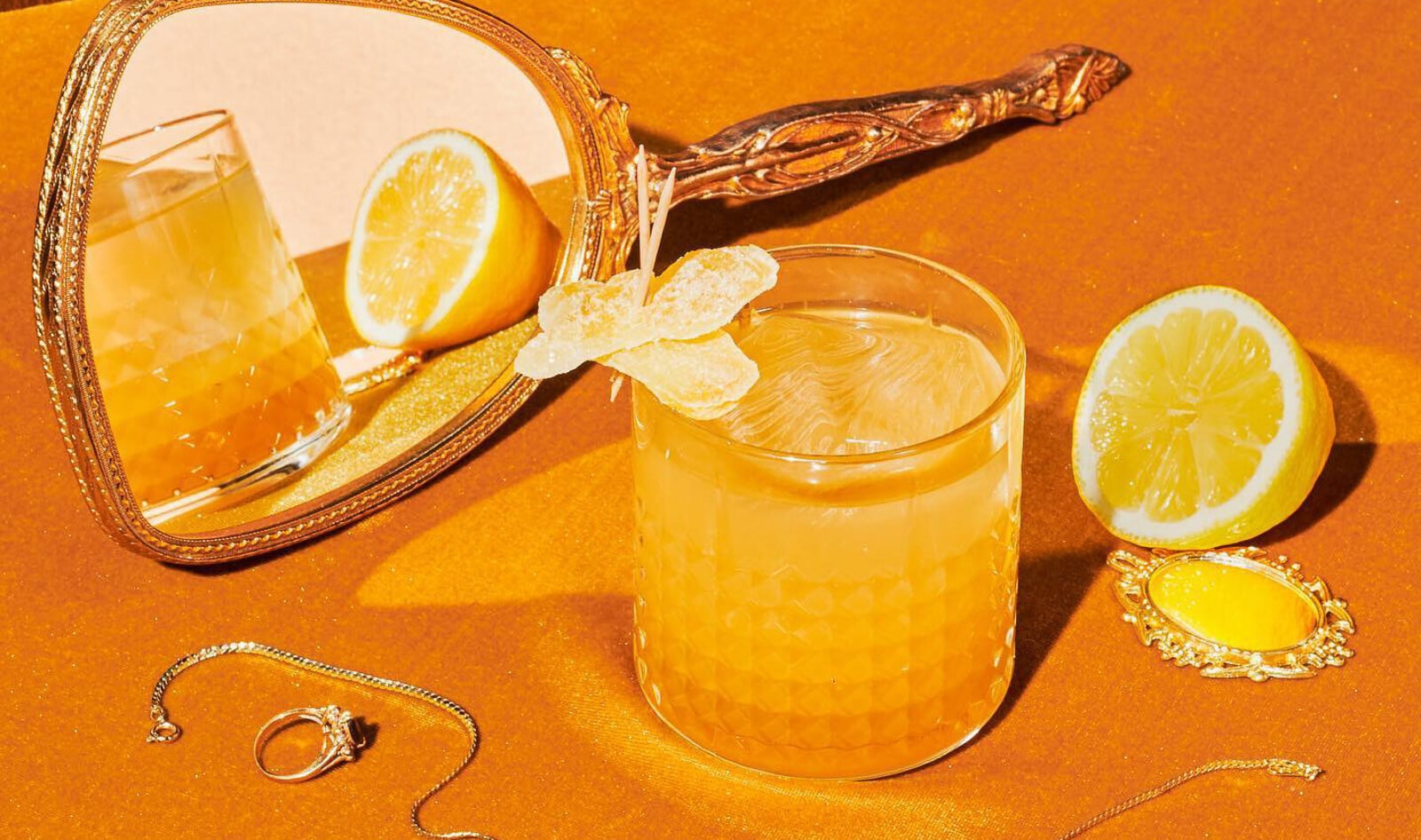 What’s not vegan about a bar? While these establishments may seem like a safe space for omnivores and vegans alike, the latter crowd is often restricted by what’s on the menu. Not all alcohol is vegan (more about that here). Beyond that, certain cocktails call for animal-based ingredients such as egg whites, cream, and honey. Then, there’s the food. It’s always a good idea to eat something with an alcoholic beverage—particularly if you’re enjoying more than one—and while some bars churn out exceptional food, very little of it is vegan as-is. We’re accustomed to vegan restaurants, bakeries, and scoop shops—it’s time for the era of vegan bars. We tracked down the best vegan-friendly lounges, pubs, and wine bars across the US so you can sit back, relax, and enjoy a libation free from animals.

Only the Wild Ones

1 Only the Wild Ones

In the mood to people watch and potentially rub elbows with a celebrity? Make a reservation at this new(ish) Venice, CA hotspot. The natural wine and cocktail bar opened in 2021 on Abbot Kinney—a premier stretch of shopping, dining, and casual strolling where locals and tourists alike flock to see and be seen. Order a low ABV cocktail, natural orange wine, or a citrusy rosemary mocktail before you take a look at the vegan-friendly food menu. From heartier cashew  ricotta-topped pizzettas (they’re actually quite large) to snacky bites like chana masala-spiced chickpeas, there’s something for every dietary preference and appetite.

From San Diego to Orange County, CA, this all-vegan brewery and coffee purveyor has four locations to its name. Customers can reliably find five year-round, homemade brews on tap and by the can along with a handful of seasonal IPAs. Those who don’t partake in alcohol can grab a house-roasted coffee or bag of beans to go. Alternatively, skip the brews and head straight for the food menu—it’s that good. Each location varies slightly but think of Asada Fries, Kimchi Croquettes, and Steakhouse-style Brussels Sprouts. It’s an eclectic mix of excellently executed bar food staples along with pleasantly surprising global cuisine.

Residents and food media alike have been eagerly anticipating the launch of this outer-space-meets-tiki-bar establishment. The opening has been pushed back several months—as is the case in the times of COVID—and the Greater San Diego area is abuzz with excitement as this Kindred offshoot gets ready to open. The beverage and food menus are inspired by tiki-themed pop-ups hosted by its sister restaurant (Kindred), though the decor and mood speak to an otherworldliness inspired by the galaxies. The owners are keeping a tight lip as to what customers can expect to be served, but we can comfortably assume there will be stunning rum-based cocktails and a small plate menu entrenched in culinary experimentation.

With two locations in Cambridge and Fenway, this Boston-based brewery is offering a vegan spin on the iconic Sam Adams fare. The menu is pure pub food—from fully loaded fries to super-stacked burgers. The kitchen also showcases a sweet side, churning out swirly dairy-free soft serve, root beer floats, and vanilla frappes (Boston speak for milkshakes). Accompany the meal with a craft beer, and even your omnivorous friends will be happy to join you.

“Eat plant. Drink beer. Be happy.” What a life this Austin, TX brewery has dreamed up for its customers. At The Beer Plant, everyone can set aside the stresses of daily life and simply enjoy great food and good company. Spanning brunch and dinner options, the menu is a mix of Southern-inspired pub food and global dishes with pan-Asian twists like Hill Country “Chicken” and Gravy to Korean Broccoli and Kimchi Grilled Cheese. Beverage-wise, the kitchen provides a wide selection of over 40 draft beers, a wine list, and creatively named cocktails (yes, even the When Doves Cry cocktail is vegan).

Cornhole pro? Check out Pedal Haus the next time you’re in Arizona. The vegan-friendly brewery boasts four locations across the state—including Pheonix and Tempe. Beer selection is based on location, but each offers something for every beer connoisseur from stouts to ales. For non-beer drinkers, there’s even a hard seltzer. Cold glass in hand, check out the dedicated vegan menu for everything from Bavarian soft pretzels served with “haus mustard” to larger entrée items like Green Chile Burgers and Rustic Garden Pizzas.

Pig’s Mind’s claim to fame is establishing the first vegan brewery in the US, and it’s not on either of the coasts. Located in Machesney Park, IL, this 10-year-old spot specializes in animal-free German lagers and ales, though you can find other types of beer on tap, too. The brewery is family-friendly—complete with a kid’s menu—and cranks out an impressive selection of vegan menu items from starters and salads to burgers and bowls.

This vegan tapas and wine bar is one of the finest vegetable-forward restaurants in New York City. Each small plate is crafted with whole foods in lieu of the standard Impossible or Beyond options, and it’s a fantastic display of just how magnificent vegetables can taste. A must-order are the bao buns (any variety) along with the truffle mac and cheese and chocolate fondue. Pair your meal with any of the botanical-inspired cocktails or simply enjoy a glass of wine or beer on tap.

For a Caribbean-based menu and carefully crafted cocktails, Manhattanites head to Pocion. The all-vegan restaurant and cocktail bar is cutting edge and chic, delivering a holistic experience that demands your full attention. Leave your stressors at the door as you indulge in a signature cocktail and roasted plantain lasagna.

Charlie Was a Sinner

10 Charlie Was a Sinner

For small plates and strong cocktails in a cool, low-lit atmosphere from another decade, one must visit Charlie was a sinner. The cocktail (and zero-proof) selection is experimental and extensive, though not to be outdone by the worldly cuisine. From Potato Gnocchi with Meatballs to Tamal Manchamentel, the chefs here show impressive range. Reservations are highly recommended.

An offshoot of DC Vegan—the capital’s first plant-based deli and caterer—Botanical Bar is mixing up Italian cocktails and zero-proof mocktails to the DC crowd. Enjoy a prosecco spritzer on a muggy DC summer evening or sip on a housemade Limoncello or Strawberry Negroni as you peruse the menu. Bites are made courtesy of the upstairs deli and include everything from King Trumpet Calamari to Chocolate Chip Cannolis. Whether you’re just there to drink or simply hangry after a long day at work, this vegan lounge has something for everyone.

For more on vegan beer, wine, and cocktails, read:
The Best Vegan Wine and Cheese Pairings
A Vegan Guide to Napa and California Wine Country
Chef-Crafted Vegan Drink Ideas for Everyone