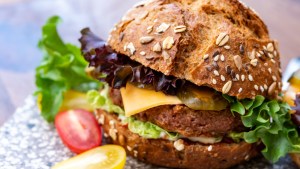 A new market report demonstrates the ever-growing popularity of plant-based meat substitutes, which present a $14 billion opportunity, the report notes.

AI platform Tastewise put the report together. It stated that the retail market for plant-based foods already sits at $7 billion in the US alone. Tastewise found that plant-based meat is appearing on US menus 1,320 percent more compared to before the emergence of COVID-19. Further, 9.2 percent of restaurants in the US are now plating up vegan meat. Especially in states like California, New York, Florida, Maryland, Ohio, and Oregon. The latter has the highest percentage of restaurants offering meat-free meat.

Why are people choosing vegan meat?

Most people are reaching for plant-based food for health reasons, the report said. But sustainability motivations are rapidly rising – increasing by 58 percent year on year. Eating plant-based meat due to climate crisis concerns, in particular, is also growing, by 83 percent year on year. In contrast, health concerns have dropped 12 percent year on year. “Responding to the devastating advance in climate change, many companies are working to reduce the significant climate footprint of the animal-farmed meat industry by innovating ways to move away from animal meat,” Tastewise CEO Alon Chen wrote in the report. “This increase in resources devoted to plant-based meat products, combined with consumer demands for real, versatile solutions, results in a timely shift in the way we consume food,” he said. “We’re looking forward to a healthier, more sustainable world of food and beverage, where we all play a part.” The post Vegan Meat Featured On US Menus 1320% More Times Since Before COVID-19 appeared first on Plant Based News. vegan meat meat plant-based plant based industry