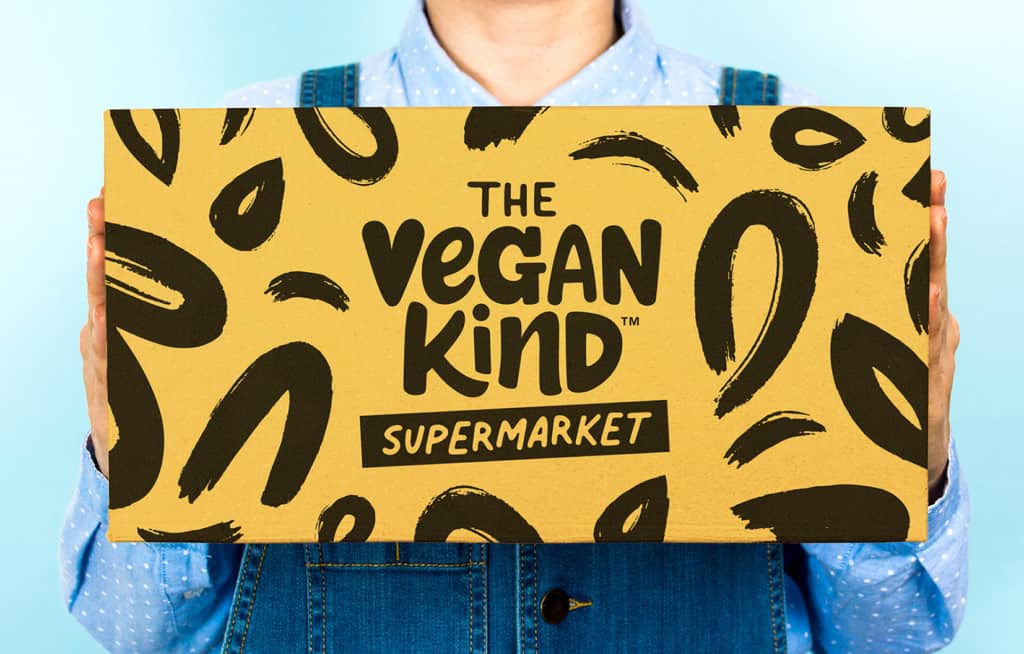 The Vegan Kind, which is the UK’s biggest vegan online store and most popular vegan subscription boxes service, has announced a rebrand. It developed the new look in collaboration with London-based B&B studio.

The retailer says the new branding better reflects its identity as a “shop of tomorrow”, adding that the more modern look will help it reach a broader audience. It is targeting a range of consumers, from vegans and vegetarians to flexitarians and eco-conscious shoppers.

“As a brand, The Vegan Kind has always been ahead of its time in terms of its commitment to plant-based living, community-building, and carbon offsetting,” said Lisa Desforges, Head of Strategy at B&B studio. “It was such a pleasure to help ensure the brand remains on course for an incredibly bright future as we all catch up with their vision.”

The Vegan Kind announced earlier this year that it would plant a tree for each order made, along with other environmental initiatives such as carbon-neutral deliveries and recyclable packaging. In April, it raised £3.5 million in the largest ever funding round for a UK vegan retailer, and it has also been responsible for helping several other vegan and plant-based companies to succeed.

“We want to make it as easy as possible for people to make plant-based choices,” said Scott McCullouch, Co-Founder of The Vegan Kind. “The new brand really delivers on our need to feel welcoming and inclusive, but also inspiring and informative. Our mission is to make plant-based living effortless, and our re-brand is going to welcome a whole new audience to The Vegan Kind.”