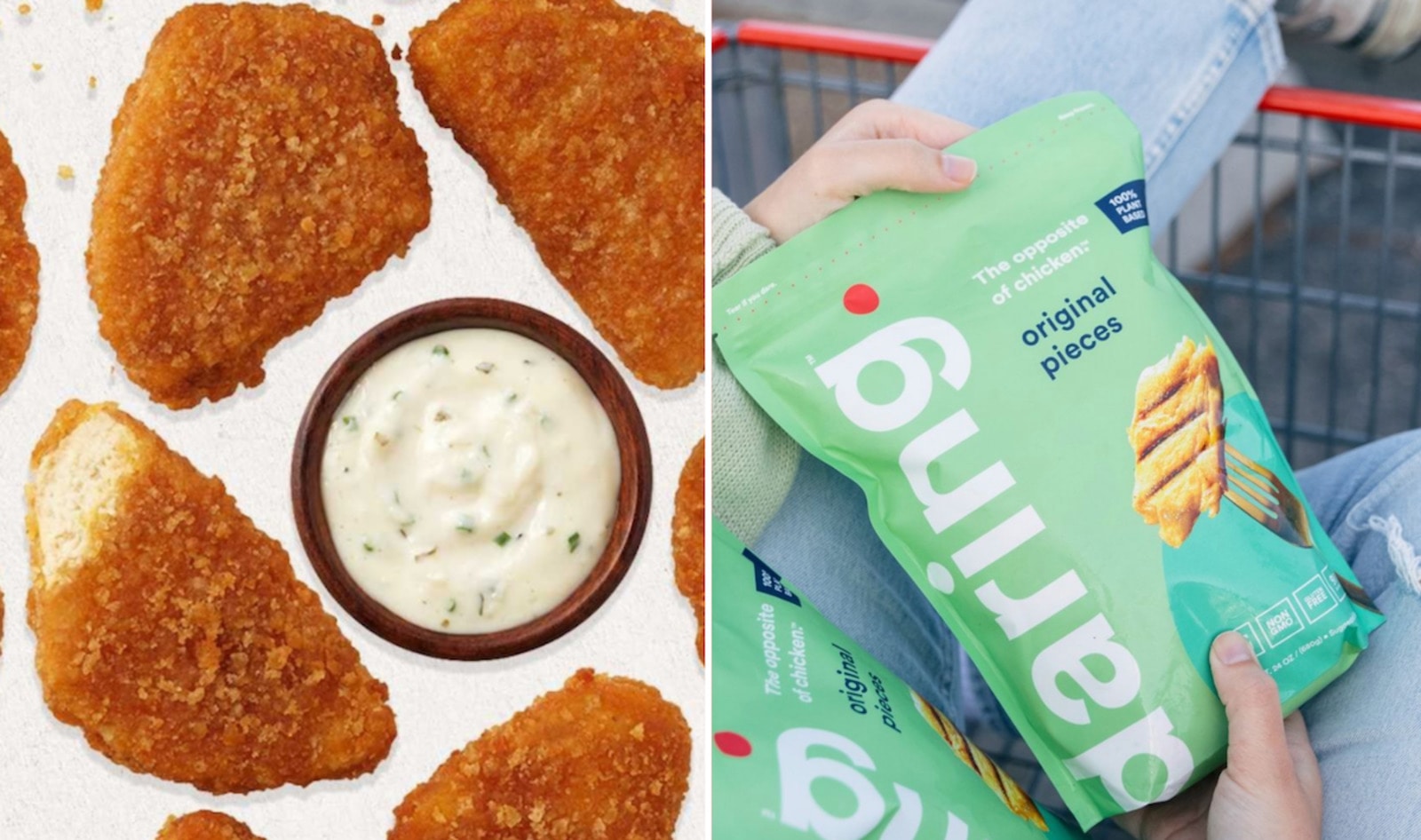 The classic burger patty was the first breakaway product to really disrupt the omnivore status quo. In 2018, the Beyond Burger was outselling beef-based patties in some supermarkets, and the debut of the Impossible Whopper shot Burger King’s sales through the roof as the financially declining chain reported its best quarter in four years. While vegan beef stole the spotlight in the late 2010s, vegan chicken is the star of the twenties. Between the explosion of store-bought chicken nuggets to the full vegan revamp of Morningstar Farms, vegan chicken is here to stay. Here are all of the juicy, tender, golden, crispy vegan chicken products you can find at the store and online.

In the early-to-mid 2010s, Gardein swept veg fests, leaving vegans and omnivores alike astonished at “how real” its meatless products tasted. While perhaps overshadowed by some of the newer food tech startups, Gardein has remained solid in its widely accessible and vast range of vegan chicken options. Not only does it produce the standard vegan nugget, patty, and grillable fillet, Gardein sells frozen vegan Chick’n Sliders, Chick’n Scallopini, and Chick’n Wings in a variety of flavors from barbecue to gochujang. If you’re craving a specific preparation of chicken, Gardein is likely to have a vegan version of it.

Made by food-tech startup STIMULATE, these golden meaty snacks aim to be the “Tesla of chicken nuggets.” They’re made with a blend of soy and wheat proteins to mimic both taste and texture. The company posits these nuggets as close to real chicken as you can get—minus the cruelty and hazardous environmental impact. Consumers can find NUGGS at some of the nation’s largest retailers including Walmart, Target, and Sam’s Club.

Originally known for its veggie burgers, Boca has branched out to include vegan chicken. Options span from soy-based nuggets to original and spicy vegan chicken burger patties.

Not all Dr. Praeger’s products are vegan, but the Pure Plant Protein line of vegan chicken sliders and tenders are all a safe bet. All products are gluten- and soy-free and made with Non-GMO Project Verified ingredients.

You won’t find this vegan fried chicken in stores, but if you’re quick, you can order it online. Founder Deborah Torres gained traction for her company after appearing on ABC hit reality show, Shark Tank. While the Sharks demolished her samples and made a $1 million offer, Torres turned them down to keep ownership of her businesses. She’s currently shipping her vegan fried chicken nationwide on a limited scale. Follow her on Instagram @atlas.monroe for updates on the next restocking date.

The originator of the iconic vegan Thanksgiving roast has massively expanded its product line to include burgers, deli slices, grounds, and pieces. The Plant-Based Chick’n line encompasses grilled and seasoned vegan chicken pieces you can find in the refrigerated section of the grocery store. Flavors include Lightly Seasoned, Thai Basil, Sesame Garlic, and Barbecue.

Prepare to do a double take when you reach for Sweet Earth’s Mindful Chick’n Strips. While it may look like chunks of chicken, these soy-based pieces are completely animal-free. Use them in stir-frys, salads, curries, grain bowls, and burritos for a delicious protein boost to your meal.

This tiki-themed grocer tends to abide by the philosophy of “why have others do it for you if you could do it yourself?” In addition to its name-brand assortment of vegan burgers, mac and cheese, chorizo, and ice cream, TJ’s created its own plant-based chicken. The Chickenless line ranges from savory seasoning to mandarin orange bites to crispy tenders. Stock up.

The Fruffalo Wings are no more—well, at least not by name. This vegan meat-and-cheese company rebranded its spicy, wingless frozen chicken appetizer, opting to drop the whimsical name for something more straightforward: Buffalo Wings. While we miss saying “fruffalo,” we don’t miss the taste that hooked us from day one. Prefer a nugget to a wing? Field Roast offers those, too.

This seitan-based meat company is out to feed the revolution. Its versatile vegan chicken option, Comrade Cluck, comes in pieces that can be used to add texture and flavor to stir-frys, pasta dishes, stews, casseroles, and more.

New to the vegan chicken market, Daring has created a frozen product that is both high-protein and low-calorie—we’re talking 90 calories per serving and 14 grams of protein for the Original variety. The three other options include Lemon & Herb, Cajun, and Breaded. Consumers can find the variety packages at Sprouts or opt for a 24-ounce pouch at Costco.

For a soy-based vegan chicken you can season and stuff into burritos, check out Lightlife’s Smart Tenders. One serving contains 18 grams of protein and zero saturated fat. They’re fairly plain on their own, but they work wonders with a drenching of vegan alfredo sauce or a coating of taco seasoning. Fajita Friday, anyone?