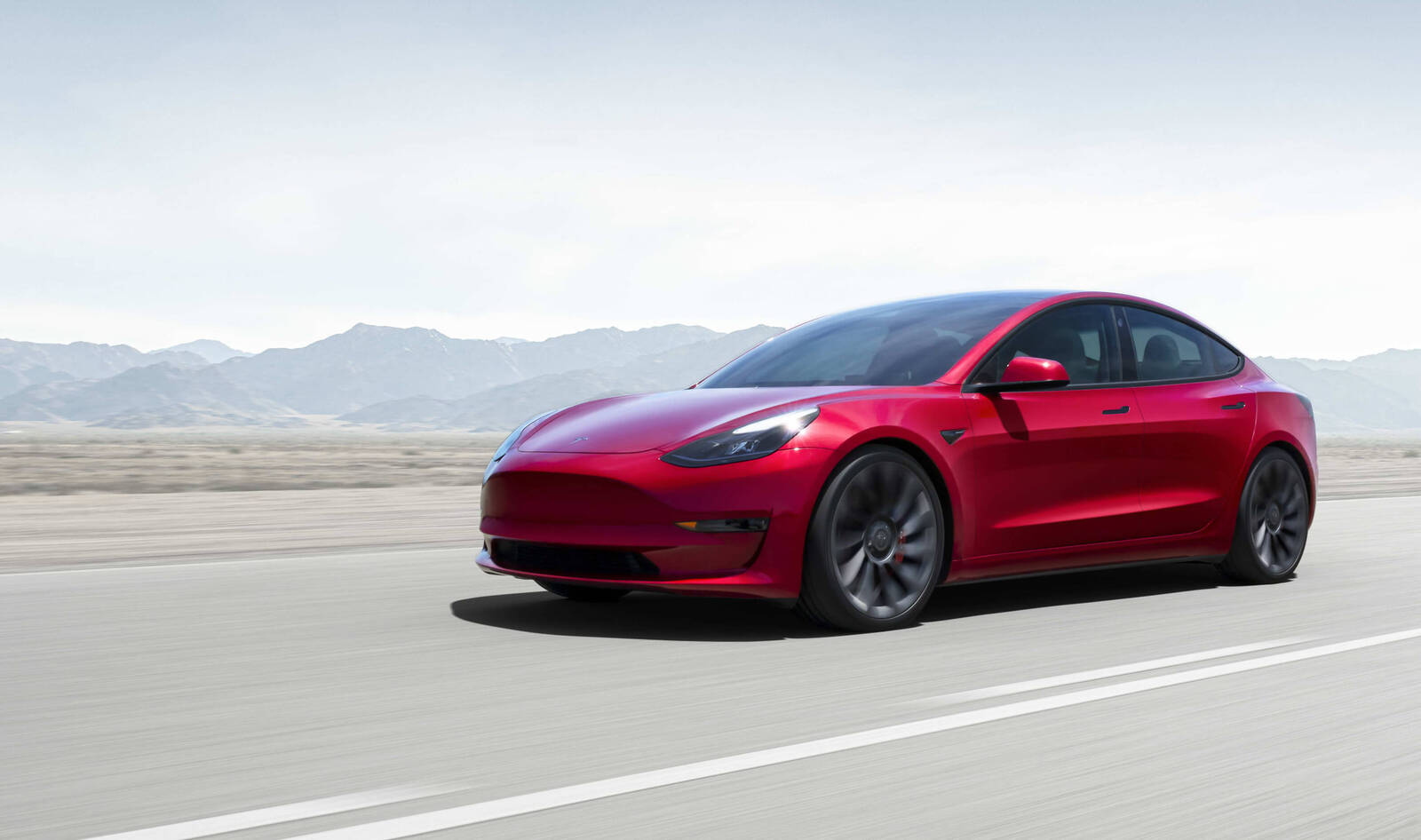 Until recently, it was nearly impossible to purchase a car that didn’t have real leather inside—even in cars with all-fabric seats, typically other surfaces such as door handles and the steering wheel were covered with cowhide.

In 2017, in what could be considered an industry first, Tesla eliminated the leather seating option altogether, offering only vegan leather in various colors and trims. But it wasn’t until two years later that the electric vehicle (EV) brand finally launched its first all-vegan Model 3 which included a leather-free steering wheel—the only part that could not previously be ordered vegan.

From Volvo to Volkswagen, other EV makers soon began to follow suit by offering their own version of vegan leather interiors. And now, with sustainability on the minds of car makers and consumers alike, you’d be hard-pressed to find an EV with animal leather. As the internal combustion engine slowly succumbs to electrification, we are also seeing a revolution in upholstery materials.

The car industry is finally catching on to the downsides of using animal leather, and an interior that was once considered luxurious is on its way out. This move is due, in part, to the evolution of vegan leather manufacturing to more sustainable options, and the materials’ ability to stand up against the quality and durability of traditional leather. Today’s vegan leather is no longer the PVC we once knew—it is now made from recycled materials and food waste, from plastic bottles to pineapple leaves.

All the big brands are now in a race to make their vehicles as sustainable as possible. The latest player is BMW Group, which recently announced that its 2023 BMW and MINI models will offer a completely vegan interior, including the steering wheel, which was made possible by the development of a vegan alternative that met its high standards.

“With a steering wheel made from a high-quality vegan surface material, we are fulfilling the wishes of our customers who do not want to make any compromises in terms of look, feel, and functionality,” Uwe Köhler, Head of Development Body, Exterior Trim, Interior at the BMW Group, said in a statement.

“The innovative material withstands wear and tear caused by abrasion, perspiration, and moisture and has all the desirable properties of leather,” Uwe Köhler said.

With this new material option, the company says that now less than one percent of the vehicles’ components contain traces of animal origin, such as some waxy substances that contain gelatin, lanolin in paints, or tallow as an additive in elastomers.

By replacing animal leather with a more sustainable vegan material, the company notes that it will reduce CO2 emissions along the value chain by 85 percent. With a goal of becoming carbon neutral by 2050, and material selection playing a key role in the brand’s ability to achieve that goal, BMW Group is continuing to work with startups to develop innovative bio-based materials in an effort to provide more attractive alternatives to leather for future vehicle generations.

One of the most notable vegan leather brands serving the auto industry is Deserttex, made from pulverized nopal cactus fibers with a bio-based polyurethane matrix. Before creating Deserttex and their fashion brand Desserto, co-founders Adrián Lopez Velarde and Marte Cázarez worked in the fashion and automotive industries where they saw first-hand the lack of ethical and environmental considerations in the production and use of animal leather and synthetics like PVC. “At that time, there was no real urge to change; it was mostly about cost reduction and increasing profit,” Lopez Velarde tells VegNews.

For this reason, Lopez Velarde and Cázarez decided to venture out on their own to create a sustainable vegan leather material to serve as a solution for those industries. “Animal leather in the automotive industry is very expensive given the large amount of waste generated in the selection of leather that actually complies with quality standards—all leather with scars, marks, uneven patterns, etc. is discarded. This contributes to the already large environmental impact of the production of leather,” Lopez Velarde says.

Since its launch in 2019, Desserttex has worked with big automakers such as BMW and Mercedes-Benz. For the Mercedes-Benz EQXX concept EV, Deserttex is used in about 90 percent of the EV’s seat areas, door panels, central console, and steering wheel.

“We are [now] working with more than four major OEMs [original equipment manufacturers] in integrating Deserttex in vehicle interiors with the objective of reducing the environmental footprint of each of these units,” Lopez Velarde says, though he can’t disclose the names of the brands just yet.

“OEMs are [now] in a sustainability race, from using recycled materials to biomaterials and making electric propulsion as efficient as possible,” Lopez Velarde says. “We are happy to be able to be part of the solution and historic transformation of these industries.”

Mirum aims to make an impact

Another modern material that is part of this transformation is Mirum, an all-natural fully recyclable vegan leather made using byproducts from other sectors, such as coconut husk fiber waste from coconut water and oil production. This vegan leather has a carbon impact that is 40 times less than animal leather and 17 times less than synthetic leather.

Created by Natural Fiber Welding, Inc. (NFW), Mirum has existing partnerships with fashion brands such as shoe brand Allbirds and is now venturing into the auto sector, too.

NFW is already working with BMW Group—and received support from the company’s investment arm last year—to use Mirum in its vehicles to further the automaker’s sustainability goals. With BMW’s investment, NFW is now working to scale its production to full commercial capacity and capitalize on its existing momentum to bring its alternative material to the market.

“BMW i Ventures’ commitment to high-performance companies across the manufacturing and transportation sector makes them an excellent investor and partner for NFW,” Luke Haverhals, NFW founder and CEO, said in a statement.

“We are honored to have their support as we continue to expand into new markets, like automotive, where all-natural, performance materials can have a huge impact in decarbonizing and creating a truly sustainable future.”

Another material manufacturer is newcomer BUCHA BIO, which makes biobased materials using bacterial nanocellulose and other plant-based components and says its most significant brand partner to date is a luxury automotive brand (which it can’t yet be disclosed).

The company recently announced an oversubscribed $1.1 million seed funding round which will accelerate the its move to market by securing co-manufacturers to scale material production for market availability in 2023.

Ultimately, BUCHA BIO and other vegan leather manufacturers agree the time is right to transform the automotive industry as it strives to achieve sustainability goals in various ways, particularly in the materials it uses.

“We have seen increased inbound inquiries from automotive brands and suppliers as the industry aims to shift to more sustainable products,” BUCHA BIO founder Zimri Hinshaw tells VegNews. “There is more demand and funding for the electrification of vehicle technology than ever before and the simultaneous demand for next-gen biobased materials for vehicle interiors. Bucha Bio is strongly positioned to meet the automotive industry’s demand as we scale.”