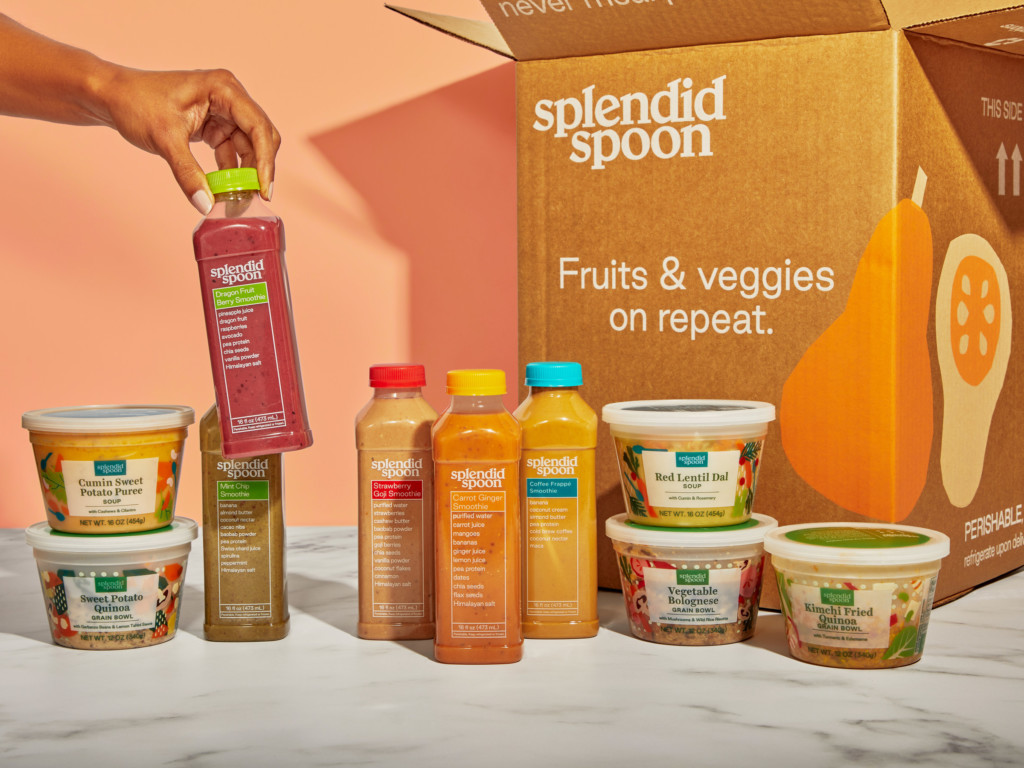 Splendid Spoon – the female-led plant-based meal delivery brand – has completed a $12 million Series B funding round. The US brand will use the investment to further its mission of simplifying healthy eating with home-delivered vegan meals.

Founded by Nicole Centeno – a trained chef and former research biologist – in 2013, Splendid Spoon operates a direct-to-consumer subscription-based model and is now available in every state in the Continental US, having doubled its growth rate since 2020 with over 20,000 subscribers to date.

Motivated by the challenges that being pregnant and working full-time had on her ability to live a healthy lifestyle, Centeno developed her line of vegan and organic products, selling them at farmers markets and pop-ups in Brooklyn, before eventually rolling out nationally in 2015.

The menu now includes over 50 plant-based no-prep smoothies, soups, and grain bowls, in addition to multi-day meal plans and an On Demand shop, which allows customers to try the meals without a subscription.

“Splendid Spoon has emerged as an innovator in the healthy eating category by efficiently streamlining the business model and connecting with its avid customer base,” stated Christopher Slim, CEO at Nicoya, the investment company which led the round. “Nicole’s vision a decade ago, to simplify plant-based eating for everyday Americans, is as important as ever, and we’re excited to take an active role in Splendid Spoon’s growth.”