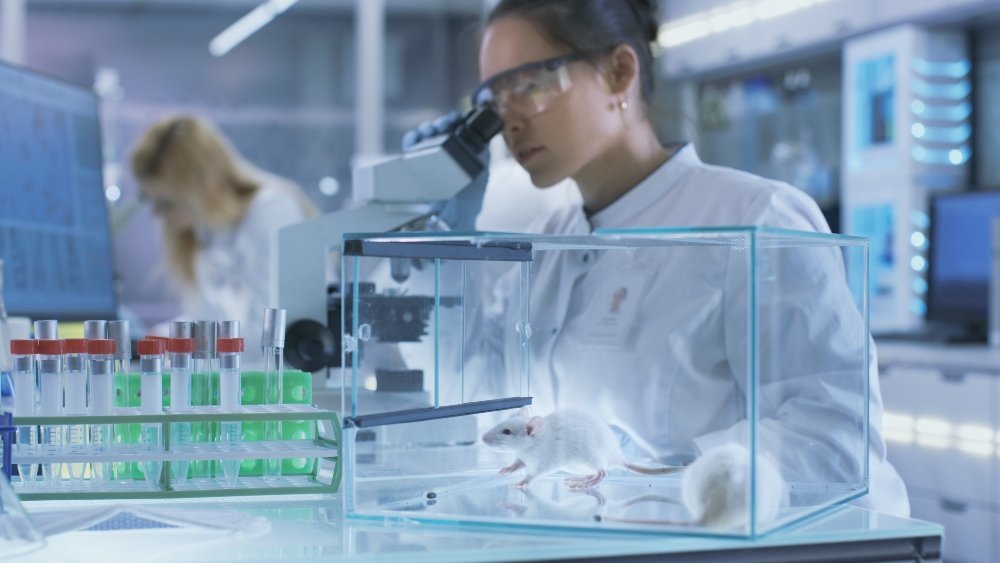 South Korea no longer requires animals to be used in toxicity testing, following a landmark decision from the country’s Ministry of Food and Drug Safety.

Abnormal Toxicity Testing (ATT) had previously been conducted since the 1950s. It’s been used to uncover potential irritants and contaminants in pharmaceutical and biological products. These include medications and vaccines. The tests were a quality control mechanism for large-batch goods that would come into contact with numerous consumers.

Live mice and guinea pigs were force-fed or injected with potential new products, to see what damage they caused. Effects on internal organs were particularly investigated, requiring the deaths of all test subjects.

In recent years, the reliability of such experiments has come under scrutiny. This led the World Health Organization to recommend an end to ATT in 2018. As a result, Canada, the EU, and the US all made the tests non-mandatory.

“We welcome this much-awaited amendment that does away with an obsolete animal test,” HSI Korea’s senior policy manager Borami Seo said in a statement.

He continued: “This test was required for regulatory purposes despite evidence showing its lack of scientific value. Korea has a demonstrated capacity to adopt and refine rapidly advancing technologies.”

“We hope that with this important step, Korea will move even faster, showing its commitment to developing new technologies and reforming regulatory guidelines with non-animal methods.”

In 2016, South Korea announced a ban on animal testing for cosmetics. The Korea National Assembly passed a landmark bill to prevent companies from testing end products or ingredients by 2018.

The ban was put into effect two years earlier than expected. It followed years of cooperative working between Cruelty Free International and Representative Jeong-Lim Moon, who in turn liaised with the Ministry of Food and Drug Safety.

However, the ban left loopholes that allowed animal testing to continue. This was exposed in 2019, following a report from the Ministry of Agriculture, Food and Rural Affairs. The report stated that 2,106 animals suffered in “toxicity and other safety assessments.” The tests were carried out under “cosmetics-related law” in 2018, after the ban was in place.

The report also revealed that 24,353 animals were used as test subjects under “industrial chemicals-related laws.”

Consumers in South Korea want to see greater protections put in place for animals. In 2020, Eurogroup for Animals reported that a Realmeter poll, commissioned by HSI, found that more than 83 percent of people want the government to fund alternatives to animal experiments.

In February this year, a ban on the distribution and sale of cosmetics tested on animals (including ingredients) came into effect as a revision to the South Korean Cosmetics Act. Again, loopholes allow animal testing when the alternative is deemed too hard to facilitate.

Global movements away from animal testing

South Korea is not alone in lifting mandatory animal experiments in recent months. The US Department of Transport (DOT) recently confirmed that it too is making meaningful moves.

Previously, chemicals had to be tested on shaved rabbits to offer insight into their potential to cause chemical burns. However, the DOT now concedes that animals need not be a part of this particular process. (A blanket ban on animal testing has not been implemented.)

Meanwhile, more than 1.4 million EU nationals signed a European Citizens Initiative (ECI) to call for a total ban on animal testing within the cosmetics industry. Multiple animal rights organizations, including Cruelty-Free Europe and Eurogroup for Animals, launched the ECI after it was claimed that loopholes allowed testing to continue, despite a ban.

A global coalition is looking to get ATT deleted from vaccine and biological product development procedures. A recent workshop to look at ongoing progress, with meeting notes published in Science Direct, revealed that 28 countries, including South Korea, are actively involved.

The post South Korea Will No Longer Require Toxicity Tests On Mice And Guinea Pigs appeared first on Plant Based News.