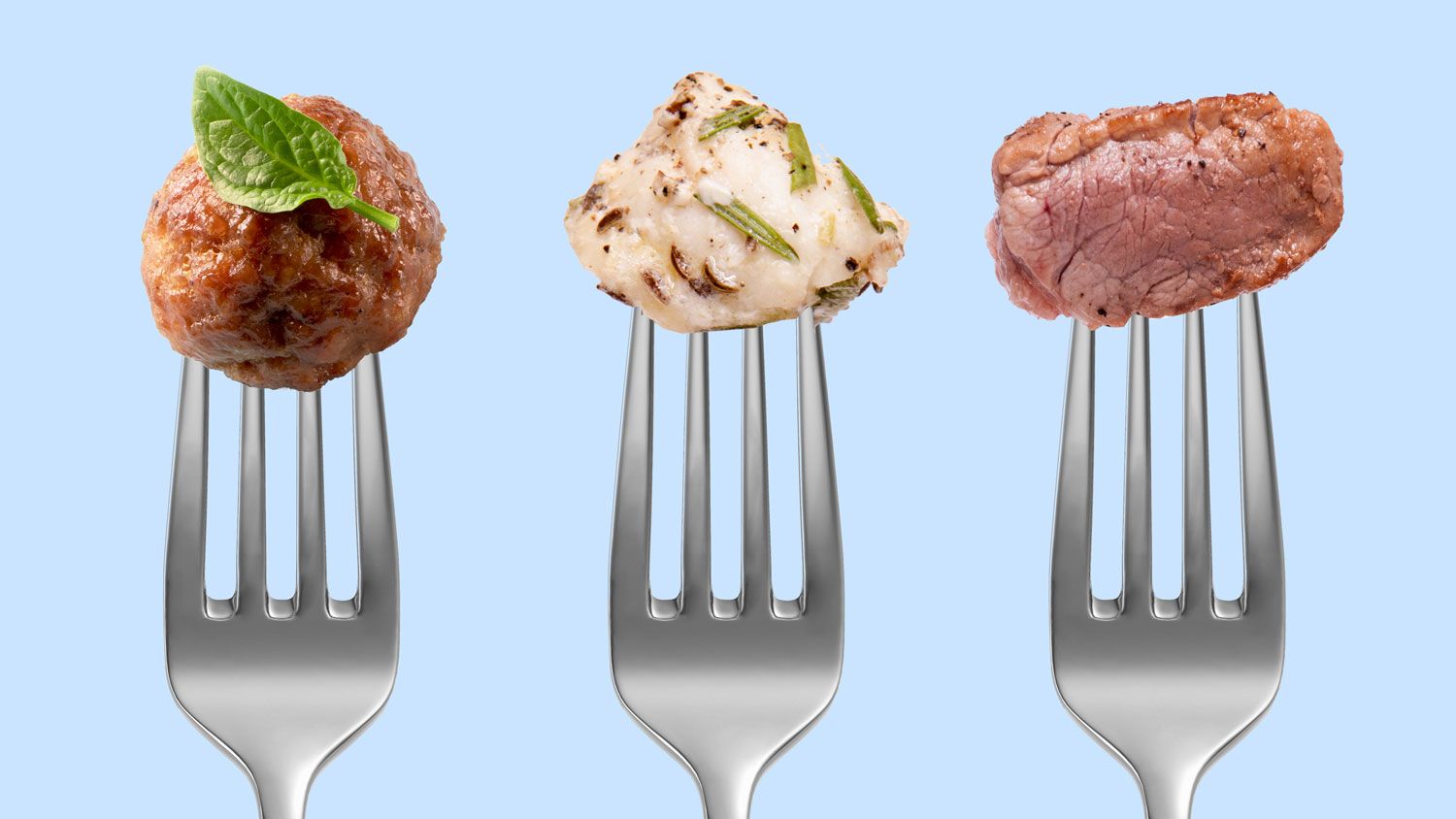 The government should support the development and sale of artificial meat to encourage Britons to reduce their meat consumption and help tackle the climate crisis, a think tank report has said. The report, by the Social Market Foundation (SMF), says that encouraging the consumption of “alternative proteins” that do not come from animals would help the government meet its target of becoming carbon neutral by 2050. Raising cows, sheep and chickens causes significant environmental damage. Animal farming accounts for around 14.5 per cent of global greenhouse gas emissions, according to the UN’s Food and Agricultural Organisation (FAO). In their report, the SMF warns that the rate of meat consumption has not fallen sufficiently in the past 50 years despite the increased availability of vegetarian options. The UK today consumes only 6 per cent less meat per capita in the home than in 1974. The SMF claims that supporting the artificial meat industry could bring a host of benefits besides reducing meat consumption. This could include reducing the risk of zoonotic diseases, improving animal welfare and opening up a green export opportunity for British businesses. The report argues that public investment will accelerate the development of the alternative meat market. It says that while plant-based products have become a “staple” on supermarket shelves, the lab-grown meat market is growing at a slow pace and needs financial support to help offset high production costs. While the UK has already committed £90 million to support new alternative protein research, the SMF said the figure must rise or the country risks being left behind in a global race. According to the Committee on Climate Change (CCC), meat consumption will need to fall by 20 per cent by 2030 if the UK is to hit its net zero targets. The report warns that the introduction of a meat tax could be met with public resentment and pit livestock farmers against climate activists.   Linus Pardoe, an SMF research associate and the paper’s author, said: “A greener world will mean eating less meat, but politicians cannot expect consumers to easily stomach a tax which raises the price of meat. Early skirmishes suggest a so-called ‘meat tax’ could descend into an unconstructive cultural debate. “A better solution would be to help consumers transition to more sustainable dietary habits by expanding the range of alternative protein products on the market. We can only expect consumers to switch from eating meat if product offerings are high-quality, affordable and easily accessible.” The Independent has contacted the Department of Business, Energy and Industrial Strategy (BEIS) for comment on the proposals outlined in the report.
Most Related Links : verity news now Governmental News Finance News Source link The post Artificial meat needs government backing to tackle climate crisis, report warns appeared first on veritynewsnow. alternative proteins alternative protein alternative meat meat protein plant-based alternative lab-grown investment industry