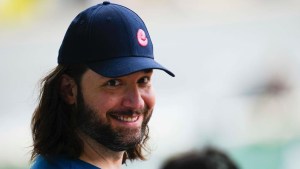 This article was originally published by Plant Based News.

Alexis Ohanian, Co-Founder of the social discussion website Reddit, has led a $50 million funding b-series round in the plant-based meat start-up, SIMULATE.

Moreover, it’s the creator of the popular vegan chicken products, NUGGS, and has received investment backing from the actor and entrepreneur Patrick Schwarzenegger.

The funding round also attracted investment from Chris and Crystal Sazza, NOMO Ventures, and McCain Foods.

According to Forbes, it is one of the fastest-growing vegan chicken and nugget brands on the market – since being formed just two years ago.

He added that he ‘can’t wait’ to watch the company continue to grow.

NUGGS boast higher protein and lower fat content than their animal-product counterparts. Moreover, they’re made from a combination of soy and textured wheat protein – and are cholesterol-free.

In recent months, NUGGS has debuted in hundreds of Walmart and Target stores across the US.

SIMULATE has also launched SPICY NUGGS. And, its DISCS are the self-professed ‘most advanced chicken burger on the planet’.

Ohanian told Forbes: “No one is running into a Whole Foods store normally, and getting to the frozen sector to take a selfie, but with NUGGS, they are.”

The businessman is an investor in Impossible Foods and Eclipse Foods.

He is also married to tennis champion Serena Williams, who has backed plant-based food companies in the past.

Moreover, she helped Daily Harvest raise an investment of $43 million 2017.

Ohanian believes the future is plant-based.

Last year, he predicted products were set to see “a huge bump next decade as we realize what our factory-animal-processing practices have done to our health and safety.”