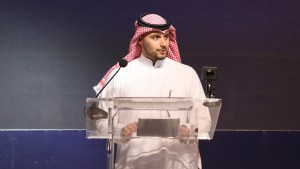 This is in partnership with renowned chef Matthew Kenney, following the launch of the Folia menu exclusively at the hotel chain.

The festival comprises of various events and attractions. And in the culinary sector, more than 200 restaurants and 70 cafés will be taking part. Within the Four Seasons Hotel Riyadh, daily offerings and experiences commence from October 24 to December 8.

Moreover, it’s been created with the shared vision that the future of food is plant-based.

In a statement sent to PBN, Four Seasons Hotel Riyadh senior general manager Guenter Gebhard said they were proud to provide guests with food cooked by world-renowned chefs such as Kenney.

Gebhard added: “Riyadh Season is an exciting time in the capital, and playing a prominent role in the food and beverage offerings means a lot to all of us at the hotel.

“Our culinary team is looking forward to joining chefs from Pierre Hermé and Matthew Kenney to offer exquisite dishes with the pick of locally sourced ingredients.”

Disclosure: Prince Khaled bin Alwaleed is an investor / shareholder and Director of Plant Based News Limited.